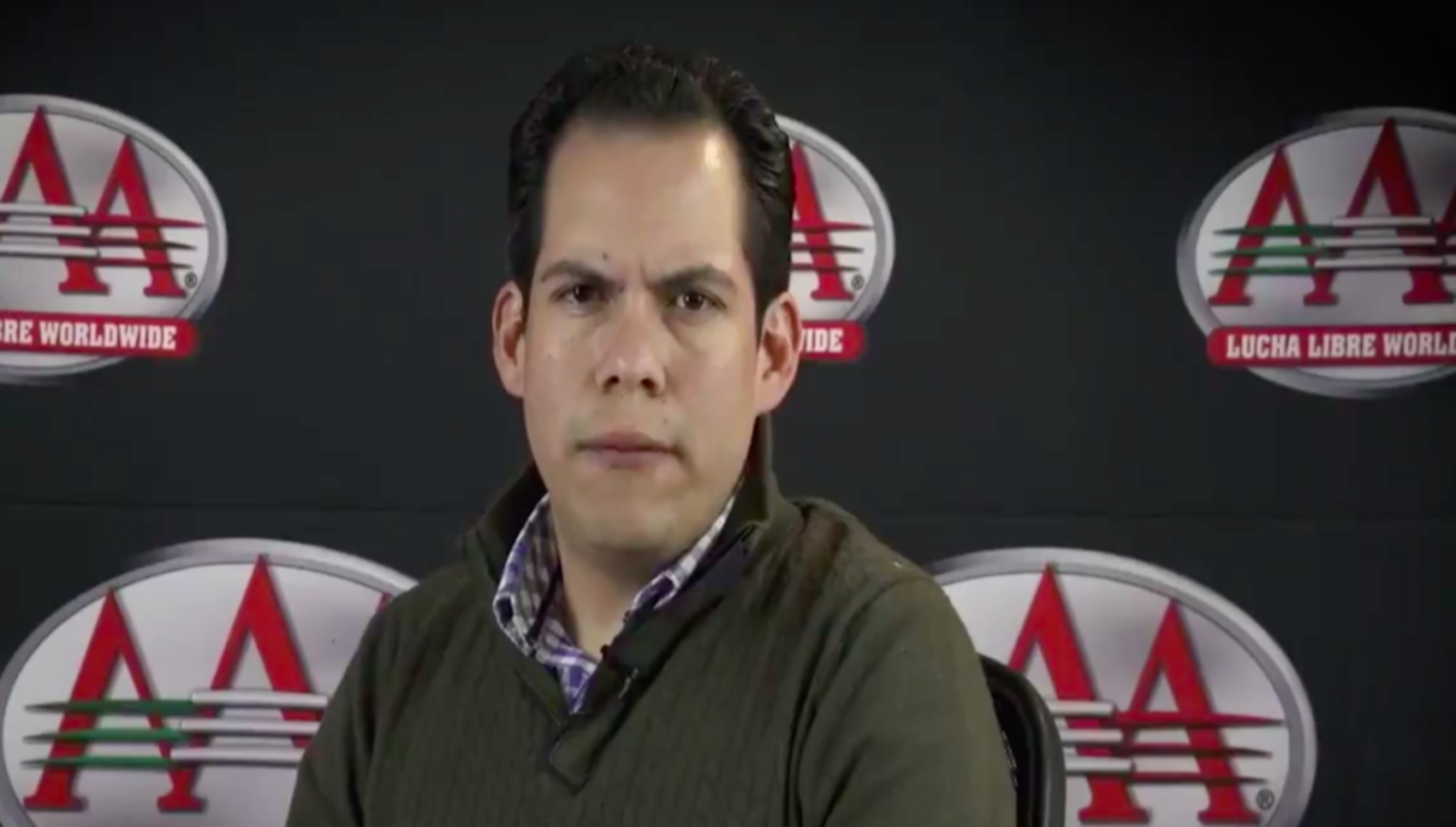 This Thursday the Lucha Libre AAA CEO Dorian Roldan had a talk with Arnaud Drijard, co-founder of the Sport Innovation Society on the topic “Innovation in Lucha Libre”, where Dorian Roldan commented on two great projects that Lucha Libre AAA has in the future, including hold a great event in the Estadio Azteca, the most emblematic stadium in Mexico with capacity for 87 thousand fans.

Another great project that Dorian Roldan has for Lucha Libre AAA is to create a Performance Center, for luchadores from all over the world to come to Mexico to learn the lucha libre style and thus form the future superstars of this sports entertainment.

“During the 80s and 90s Mexico became the sports entertainment mecca, due to this wrestlers who today are international superstars came to train and work in Mexico such as Hulk Hogan, Chirs Jericho and Chris Benoit. To Lucha Libre AAA urges to make a performance center, where all the luchadores in the world come to Mexico to learn the lucha libre style”, Dorian said when mentioning the international scouting that WWE has carried out in recent years, in addition to today the United States and Japan have surpassed Mexico the development and training of talent.

The first part of this talk between Dorian and Arnaud Drijard focused on history as Antonio Peña founded Lucha Libre AAA, a fact that curiously happened on May 7, 1992, a fact that you can find in our section This day in lucha libre history giving click here.