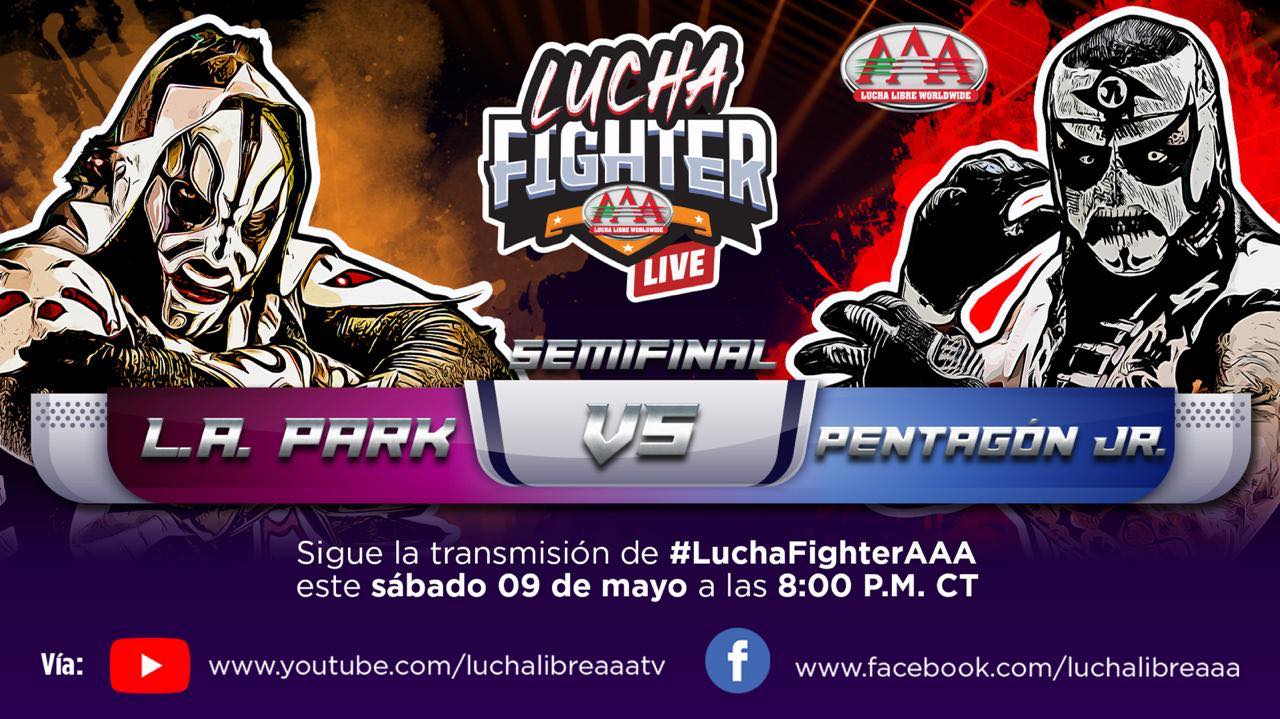 Ever since Lucha Fighter started, Lucha Libre AAA has played it pretty close to the chest regarding what the card will be for each show, with fans only learning once the show aired. While it was already known that Dinastia Vs. Laredo Boy and Lady Shani Vs. La Hiedra would take place in the Lucha Fighter Mini and Luchadora Finals respectively, Lucha Libre AAA had yet to announce what they’d be doing for the men’s final; would it be a four way match or a mini four way tournament? Well now we know; has revealed that the men’s final of the Lucha Libre AAA Lucha Fighter tournament will be a four man tournament. The matches will be Psycho Clown vs. Chessman on one end of the bracket and L.A. Park Vs. Pentagon Jr. in on the other; the winners will go on to face each other in the Lucha Fighter Finals, presumably in the main event of the show. No other matches have been announced as of now.

This news likely guarantees at least two major matches on this show and perhaps more, depending on how you feel about Chessman. While they have wrestled several times between Mexico and MLW over the last few years, L.A. Park Vs. Pentagon Jr. remains a hotly anticipated match (one that could’ve easily been a finals match up for this competition) and represents the first time they have faced each other one on one in Lucha Libre AAA. The stakes raise if Psycho Clown is able to overcome Chessman and reach the finals; while Psycho and Pentagon previously wrestled one on one in July of 2016, this match would represent their first singles encounter since both became top stars in Mexico. And L.A. Park Vs. Psycho Clown would represent the first ever one on one match up between arguably the two biggest stars in lucha libre not named Rush, Pentagon or Fenix. In the end all the potential match ups look promising on paper, whether from a hype or quality standpoint considering Chessman‘s strong performance in the competition thus far.

The Lucha Fighter Finals will air Saturday at 9 PM.. EST. on YouTube and Facebook; Lucha Central‘s Facebook fan page and main site will also have links to the show. We will also provide full coverage, including a preview and review of what promises to be a big show.