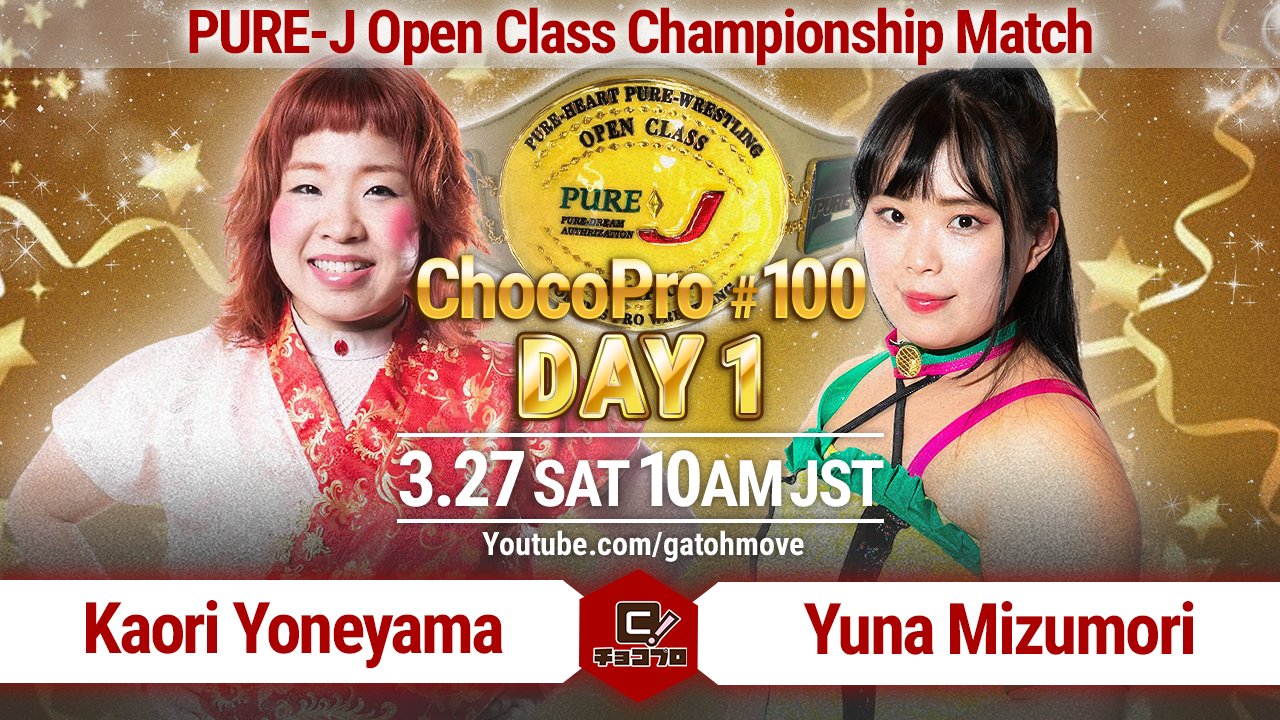 You know what the bad thing about there being two wrestling shows you want to watch that happen at the same time? Without fail, you’re never able to concentrate fully on both. This is okay when you’re just watching for fun; it’s another thing when you want to review both shows! This is all basically an explanation for why my review of GATOH Move’s ChocoPro #100 (Night One) show is coming out now instead of last night. With CMLL returning midway through ChocoPro’s show last night, my focus wound up getting split and with CMLL only available for last night, decisions needed to be made. But it’s all good because I’ve just finished #100 now and it was MARVELOUS! No bad matches, great Janken tournament and two otherworldly bouts, one of which was on the level of CMLL’s great main event last night. If I wasn’t already over the moon for ChocoPro #100 Night Two, I certainly was when this was over. So what are we waiting for, says the man in charge of this review who is stalling for time? Let’s get to it!

Baliyan Akki & Mei Suruga (Best Bros) (c) defeated Emi Sakura & Minoru Fujita (Pencil Army) after Suruga pinned Sakura with an Assisted Flipping Senton to retain the Asia Dream Tag Team Championships. Oh my goodness. OH MY GOODNESS! There were times in this match where I thought it would top out just a smidge below their match from ChocoPro #99. By the end it was so epic I was literally gasping for air. It was like the climatic chase from Mad Max: Fury Road, if it had taken place in a tiny room and featured Cool Ass Mei doing Cool Ass stuff. At least when BASED QUEEN EMI wasn’t bridging her and kicking her while in said bridge.

I don’t even know what to say sports fans. There was high drama, there was more great chemistry from the Emi/Cool Ass Mei and Fujita/Akki pairings, some bonkers athleticism (especially as the match kept going) and some near falls that were so close Matt Sydal was impressed. I came into this thinking Best Bros would retain and boy was my faith tested several times as this match went along. That’s a great match, when it takes what you believe will happen and makes you doubt for many minutes on end. AND THIS WAS HOW THE SHOW BEGAN! I won’t even bother to single anyone out here; Emi, Fujita, Akki and Cool Ass Mei were all spectacular, all at the top of their game…I really could be here all night praising them (they knew this was great too; you could tell from Mei’s face afterwards). To think that Akki and Fujita still have a match tomorrow too! It’ll have a hard time topping this match though. An absolutely bonkers match to start ChocoPro #100 and not that far off from Arez vs. Hijo del Vikingo just a week ago. **** ¾

Choun Shiryu & Sayuri defeated Sayaka & Sayaka Obihiro after Shiyru pinned Obihiro with a Diving Single Leg Footstomp. This poor match had no chance after the opener; I’m honestly not sure Kenta Kobashi in NOAH would’ve been able to follow that opener! Nevertheless it was still a pretty good match. They generally played it straight, featured a lot of reversals, some nice chops (especially from Obihiro) and just flat out good wrestling. The only issue is the last match featured out of this world wrestling and any after that is going to be lacking in comparison. Again though, what could follow the opener? The important thing is they all worked hard, Sayaka in particular looked really impressive and the match was pretty much what you’d have expected in any other slot on the card. A good match. *** ½

CHANGO & PSYCHO defeated Chie Koishikawa & Hagane Shinno after PSYCHO pinned Chie following a Neckbreaker/Samoan Drop combination. Does it get any more fitting that Chie Koishikawa fighting a dude named PSYCHO? Does it? I don’t think so. Predictability this match was full of chaotic goofiness, with a ton of comedy in the beginning (including a great spot where Hagane tried to slam Psycho Chie onto CHANGO and kept missing) before settling into some mostly serious wrestling after. The only thing I would’ve liked more of was, well, the match! It felt like it ended just as it was hitting gear and we left several strong minutes on the table. Even still it was a borderline match. CHANGO and PSYCHO were a blast, played off Psycho Chie and Hagane well and showed some nice lucha inspired offense. Hagane was top notch as always and how can you not love Psycho Chie?! It’s impossible. Very good match that cold’ve been great with a few more minutes.  *** ¾

Antonio Honda & Tokiko Kirihara defeated Chris Brookes & Lulu Pencil (Pencil Army) after Honda pinned Pencil with a Small Package. If you thought the opening match was outrageous, wait till you see the outfit Antonio Honda wore for this one sports fans. I’m pretty sure he was cosplaying as one of the rich people from Brazil, which is a good thing because Brazil is the best unless we’re getting into “Love Conquers All” territory. 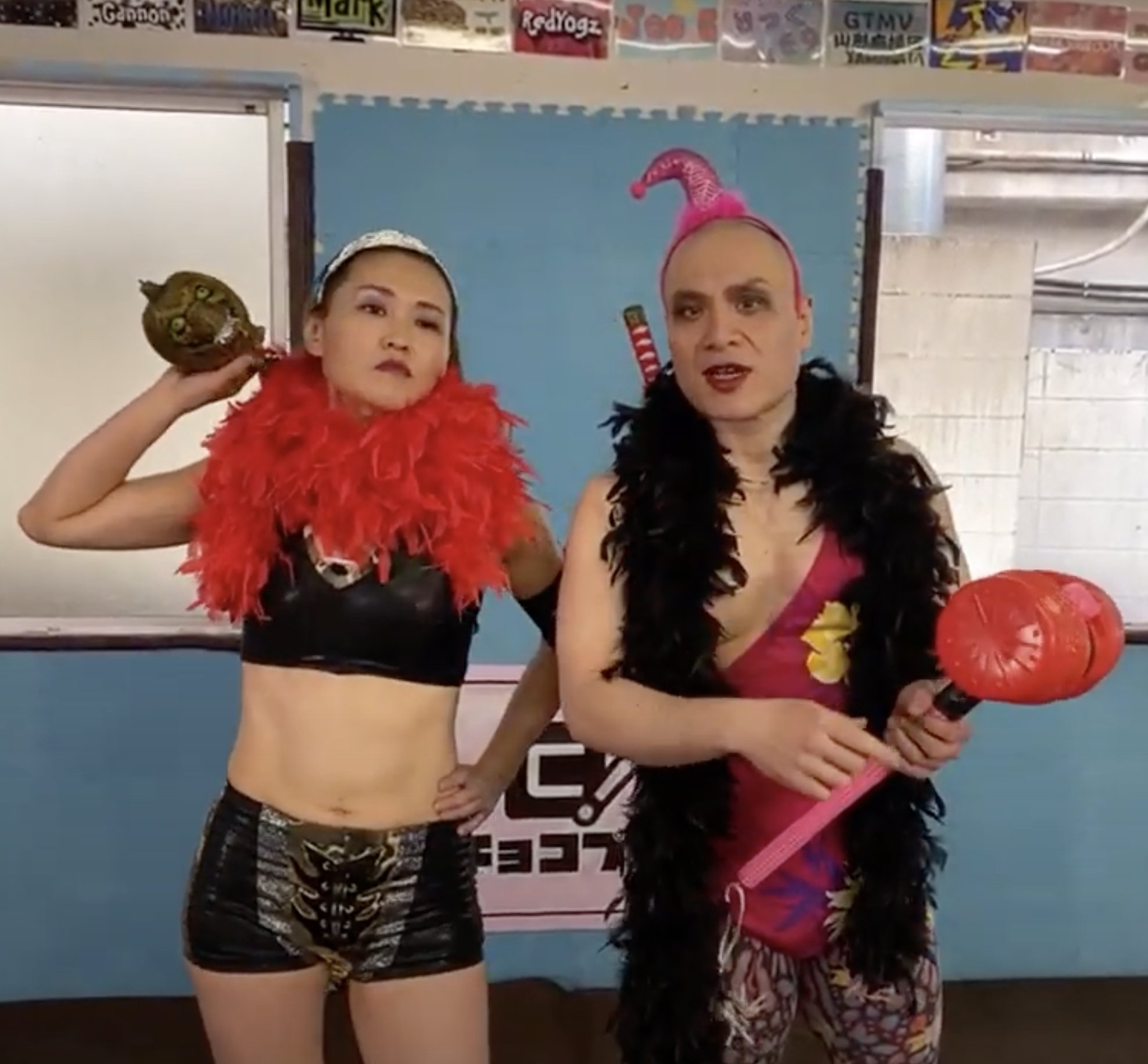 If the last match was some comedy and some wrestling fused together, this match was comedy with a teaspoon of wrestling sprinkled in. Among the items used in this match were toy swords, a pop toy, a very, VERY large scepter, a toy pencil and I believe two inflatable hammers. Such is life when you enter Lulu Pencil’s world of pain! Through it all it was all played for laughs and I was pretty much laughing the whole way. This was comedy Antonio Honda at his best and his stuff with Pencil, also best doing comedy stuff, was sublime. Kirihara and Brookes added some wrestling to it but both ended up being swallowed whole by the comedy too. Good thing they’re also good at that! It won’t be for the Toru Yano haters out there but for me this was a good time. *** ¼

Kaoyi Yoneyama defeated Yuna Mizumori after reversing a Mizumori roll up into a Victory Roll to retain the PURE-J Openweight Championship. Second defense for Yoneyama. Like John Silver on AEW Dynamite this past Wednesday Mizumori apparently suffered in an injury in this match (one that will force her out of ChocoPro #100 Night Two). Also like John Silver she delivered the goods in a big way. This match was tremendous. No comedy, no hijinx; just straight up wrestling from Mizumori and Yoneyama, who many forget is a world class talent when she’s going full blast. This was her going full blast; we had limb work on Mizumori’s leg, an Alabama Slam into the wall from Mizumori where she carried Yoneyama from outside back into the building, a flying senton out of the window by Yoneyama and so on and so forth. It was basically a big show main event at the caliber you’d expect. I will say that the Best Bros vs. Pencil Army tag and Bandido vs. Volador Jr. from CMLL (can you believe that all took place on the same night?!) were better but not by a ton. A worthy close to part one of ChocoPro #100. **** ½

Well at least a worthy close to the wrestling on part one of ChocoPro #100. BECAUSE WE ALL KNOW THERE WAS A MASSIVE JANKEN TOURNAMENT LEFT TO DO!!!!!

Yuya Okada defeated Choun Shiryu with Scissors on the first try. Okada was the referee for all the matches tonight. Judging by this result he may be as good at Janken as another Okada is good at wrestling.

Sayaka Obihiro defeated Masahiro Takanashi with Scissors on the first try. BACK BEHIND THE CAMERA TAKANASHI!

Sayuri defeated Kaori Yoneyama with Scissors on the first try. Just when you thought it was safe to break out the paper, THE SCISSORS ENTER THE CHAT YET AGAIN!

CHANGO defeated Emi Sakura with Scissors on the first try. WHAT IS IT WITH THE GORRAM SCISSORS?! 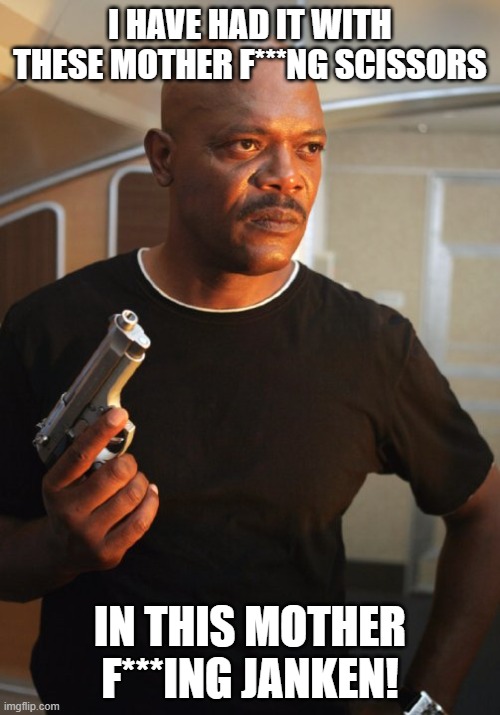 Chie Koishikawa defeated PSYCHO with Scissors on the second try. THE STREAK CONTINUES! Also I’m pretty sure this confirms that Psycho Chie is more psycho than a dude named PSYCHO. I don’t make the rules here!

Chris Brookes defeated Hagane Shinno with Scissors on the second try. We are eight Janken matches in now and seven of them have ended with someone winning with Scissors. I feel like this is going to take a sharp point somewhere soon.

Tokiko Kirihara defeated Minoru Fujita with Rock on the fourth try. Longest battle tonight, at least to this point.

Chie Koishikawa defeated Antonio Honda with Scissors on the first try. Scissors is back AND PSYCHO CHIE CANNOT BE STOPPED! YOU CAN ONLY HOPE TO CONTAIN HER!

Sayaka Obihiro defeated Tokiko Kirihara with Rock on the first try. Big run here from Obihiro. Also; WHERE ARE THE BEST BROS?! Were Akki and Cool Ass Mei not allowed in because they were shoe ins to win? I want answers!

Yuya Okada defeated Chie Koishikawa with Scissors on the first try. THE STREAK…is over. Also; I’m changing my name to Okada. Good things happen when you’re name is Okada.

Sayaka Obihiro defeated Yuya Okada with Paper on the first try. Sayaka Obihiro is the ChocoPro #100 Night One Janken Champion! I guess you could say she wound up being the Omega to Yuya’s Okada. I’ll see myself out thank you!

Seriously; I’ll see myself out. I have things to do leading up to Night Two of ChocoPro #100 this evening, which I will be watching live and, with no CMLL to worry about, will be reviewing tonight as well. Will Baliyan Akki become Super Asia Champion? Will Sayaka Obihiro win Janken for a second straight night to become the most powerful being in the known universe?! TUNE IN TONIGHT TO FIND OUT!!!