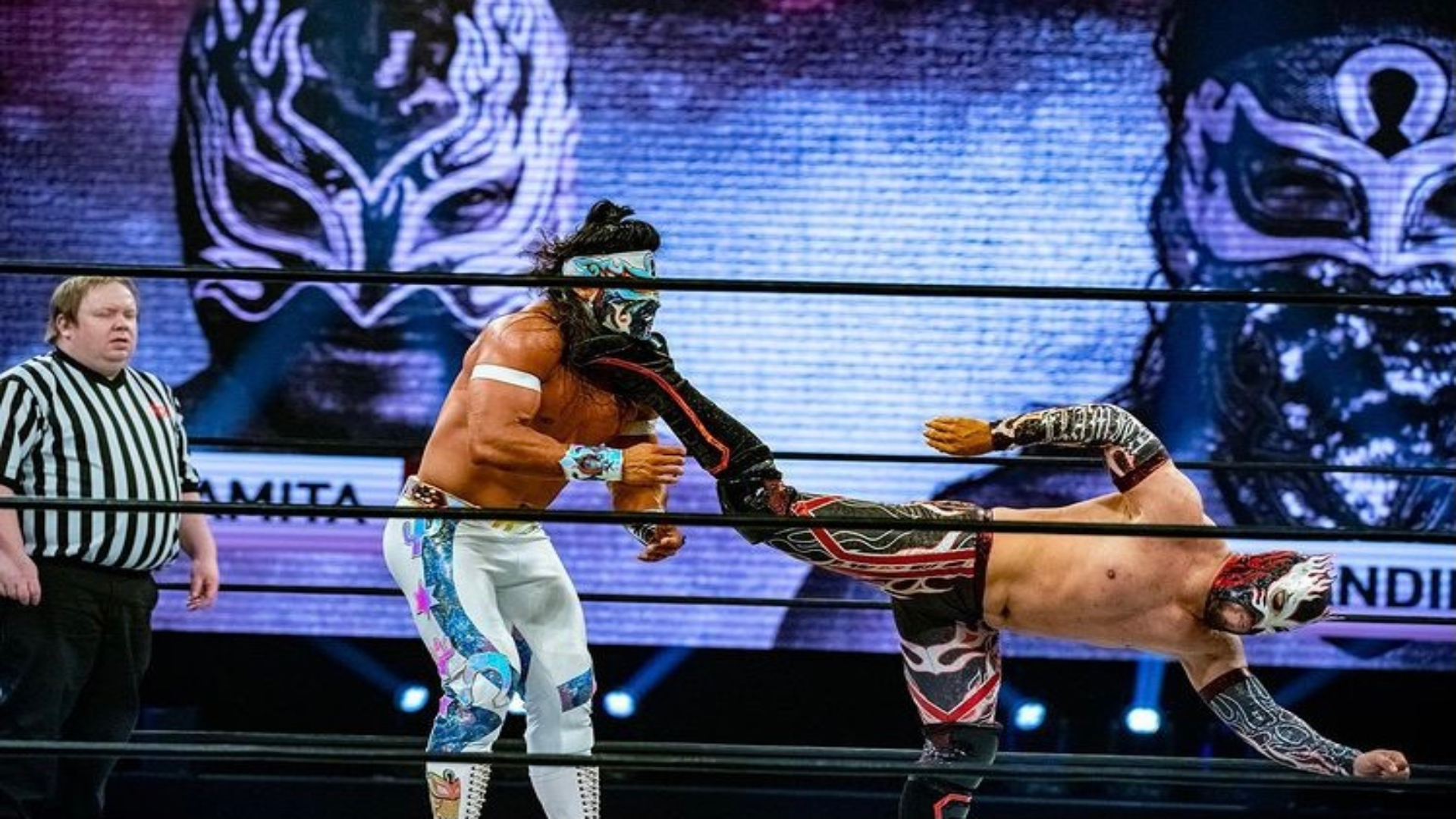 Bandido and Flamita faced off in a must-see, action-packed showdown on ROH TV! (PHOTO: Ring of Honor)
Ring of Honor News Video

The friendship between Bandido and Flamita experienced another fracture after the Single Match they had in episode 502 of Ring of Honor TV. Bandido thought it would be a friendly match, but Flamita had totally different plans like humiliating her former parther.

Throughout the match, Flamita was aggressive, but Bandido did not sit idly by and had to contract with all his arsenal.

When Bandido was punishing Flamita‘s back, he accidentally hit the referee, which caused him to get distracted, which was used by Flamita to apply a low blow on Bandido and obtain a controversial victory.

RELATED NOTE: CMLL ends its alliance with Ring of Honor

CMLL ends its alliance with Ring of Honor