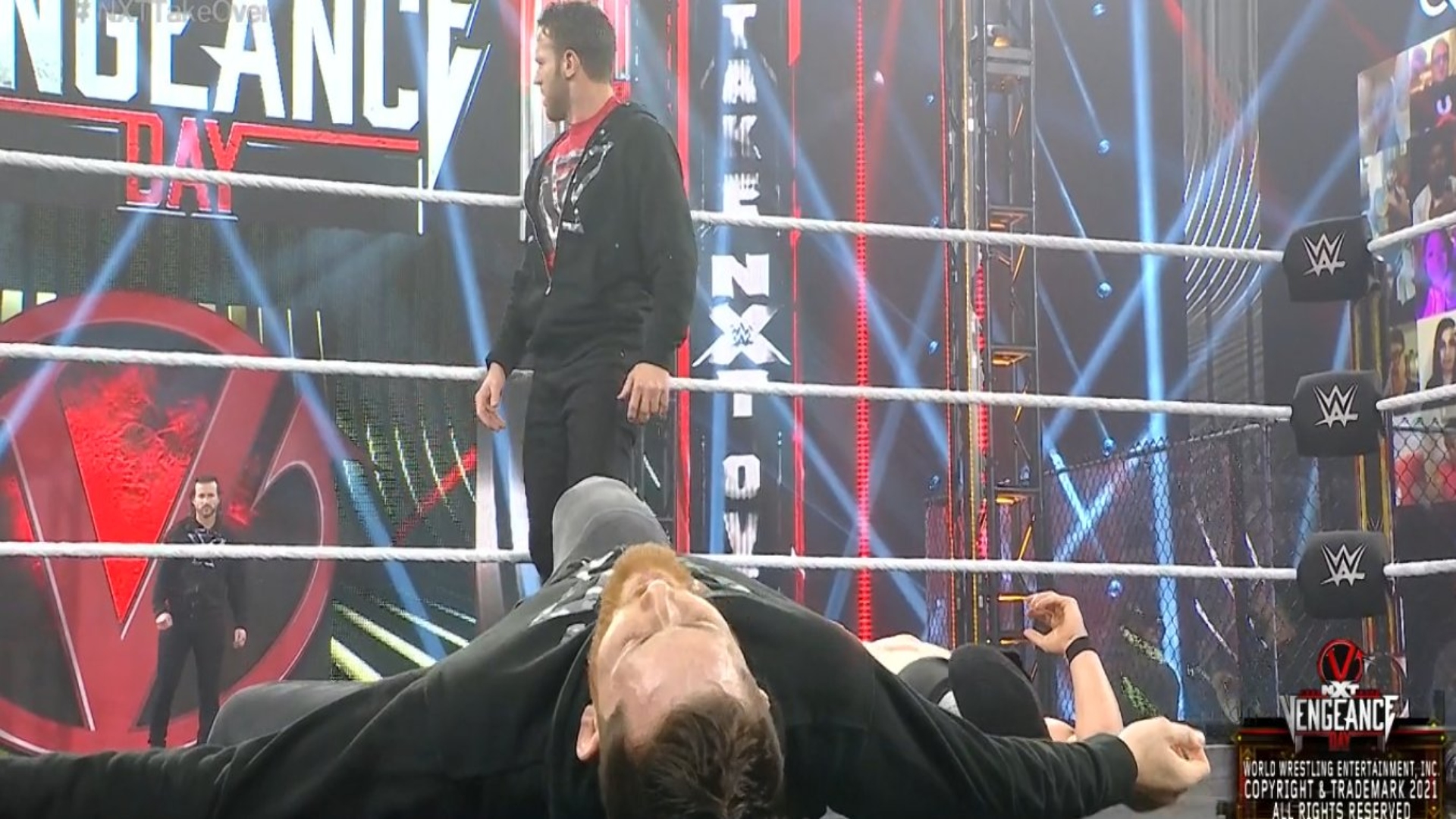 WWE held the 33rd edition of NXT TakeOver: Vengeance Day at Capitol Wrestling Center in Orlando, Florida, in whose Main Event, Finn Bálor retained the NXT Championship after beating Pete Dunne in a Title Match. At the end of the match, Finn Bálor received a surprise attack from Oney Lorcan and Danny Burch. The NXT Tag Team Champions helped The Bruiserweight rise up and together they lashed out at the NXT Champion. However, The Undisputed Era went on the attack and managed to drive them away. Kyle O’Reilly came to Finn Bálor‘s aid and lent him a hand on behalf of the group. Undisputed Era was preparing to pose as a team with the still champion. But surprisingly, it was Adam Cole who landed his Superkick on Finn Bálor’s jaw and threw him unconscious over the ring. Roderick Strong and Kyle O’Reilly tried to make their leader regain his reason, but the latter decided to launch a second kick at O’Reilly to send him to the ground.