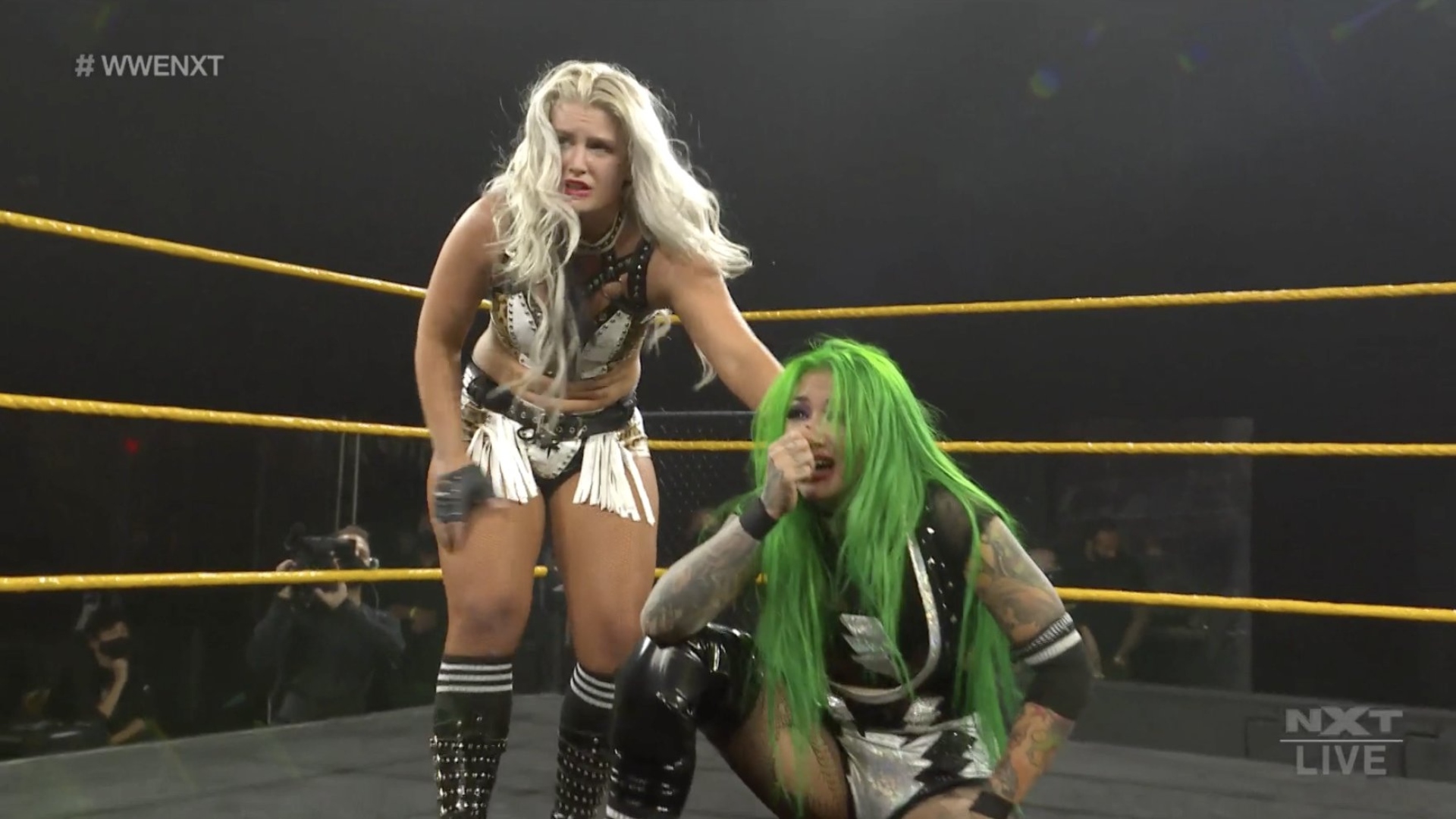 Shotzi Blackheart was inconsolable after the destruction of her tank. (PHOTO: WWE)
WWE Event Review