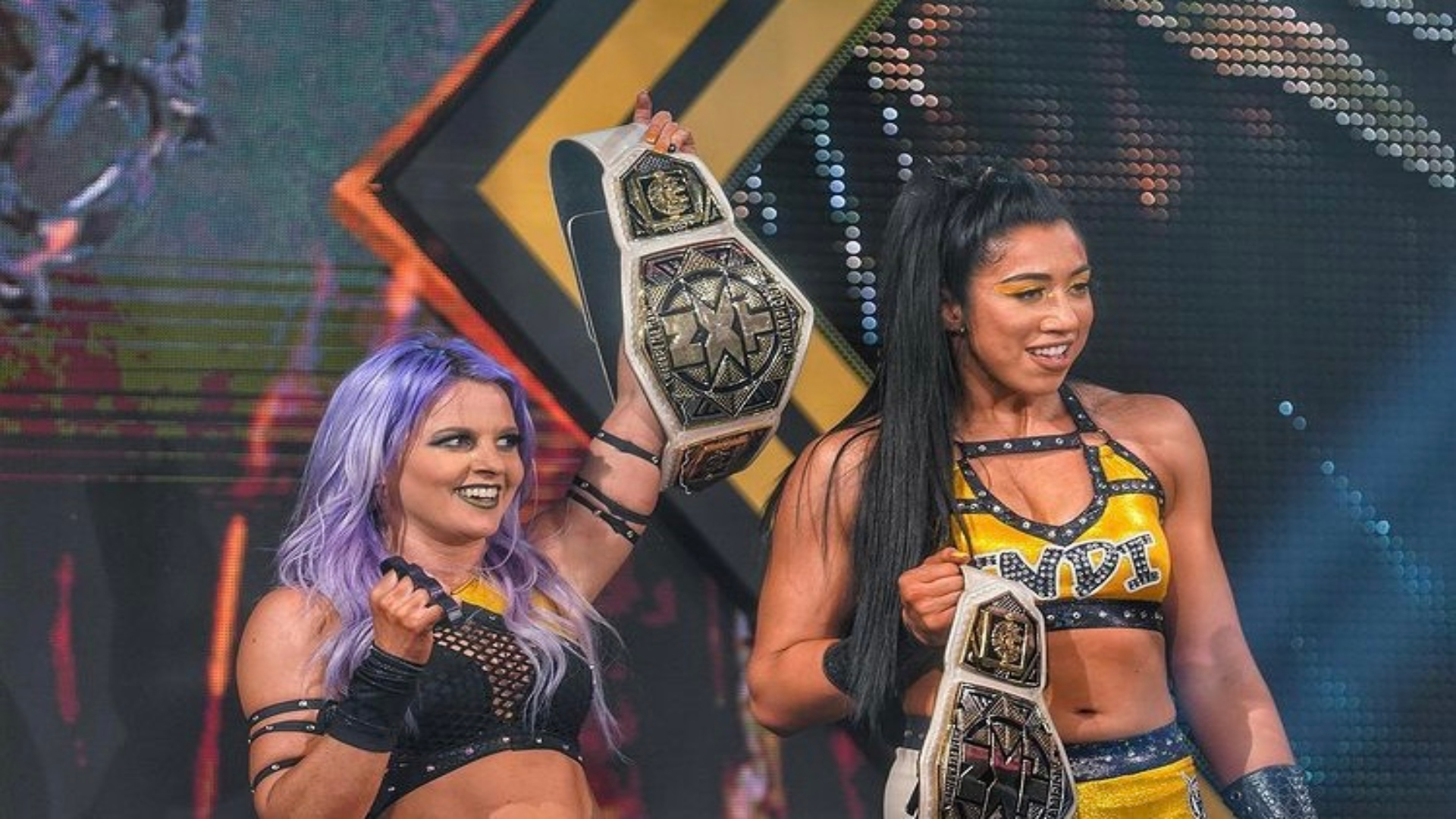 WWE held the episode 453 of NXT Live at Capitol Wrestling Center in Orlando, Florida, in which Main Event, Candice LeRae & Indi Hartwell won the NXT Tag Team Championship after beating the Expo Lucha Alumni Shotzi Blackheart & Ember Moon. LeRae applied a Wicked Stepsister on Blackheart to the steel chair to got the pinfall and the titles.

Next week, Santos Escobar will face KUSHIDA in a Best 2 Out Of 3 Falls Match for the NXT Cruiserweight Championship.

Raquel Gonzalez will defend the NXT Women’s Championship against Mercedes Martinez. Because of this, the two women staged a tense verbal exchange via teleconference in the face of their Title Match.

Karrion Kross points out that he sets the rules of the game, but this didn’t seem to matter to Kyle O’Reilly and Peter Dunne than looking for a title shot. Finn Bálor returned to NXT and his intention is to regain the NTX Championship. When the four wrestler had an exchange of blows, The Way appeared and attacked The Doomsday. It seems that the NXT Champion now has many enemies in his path.