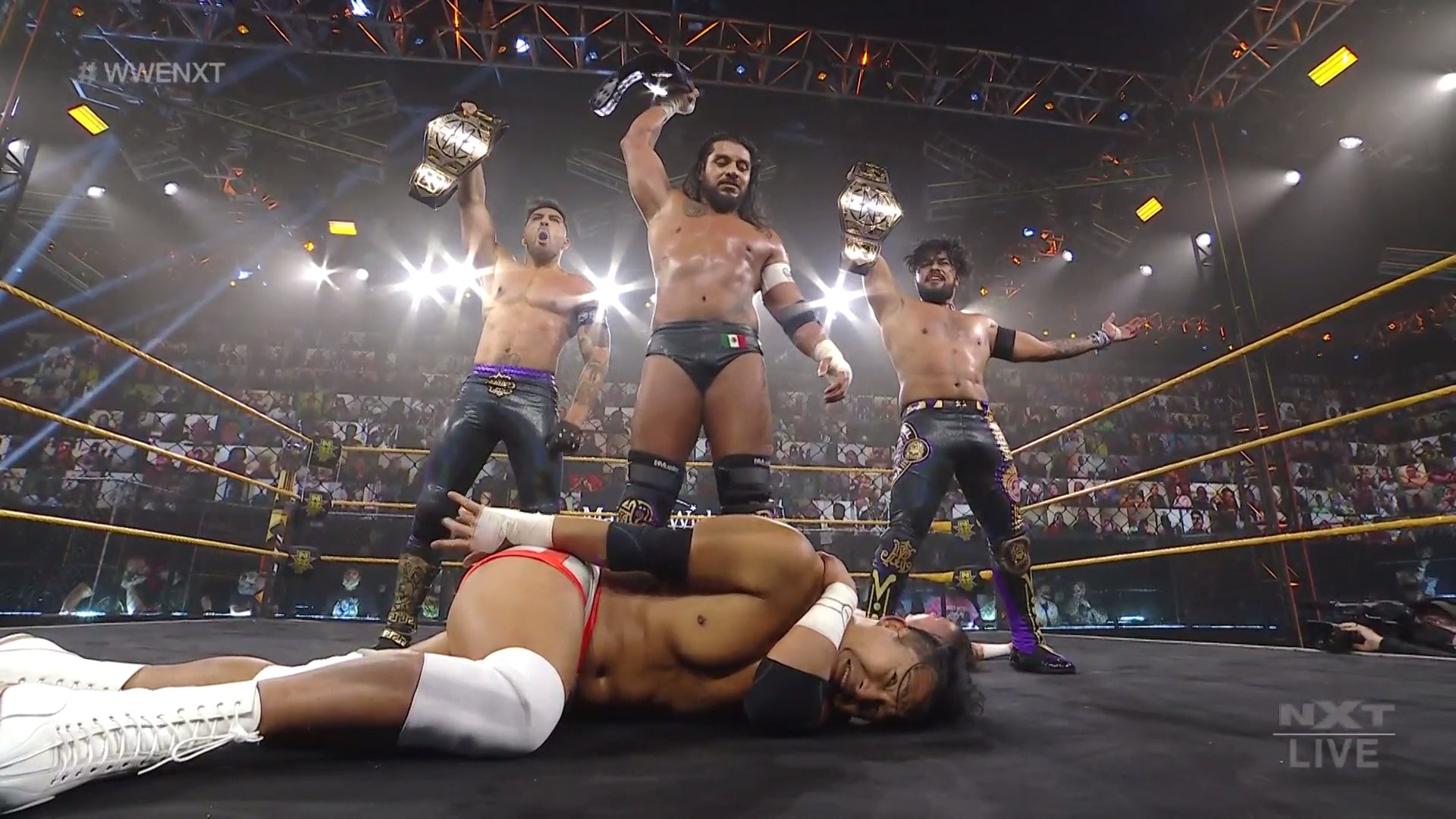 The Tag Team Match between Jessi Kamea & Aliyah against Shotzi Blackheart & Ember Moon ended in a no contest. Before this match can even begin, Candice LeRae and Indi Hartwell come out to attack the NXT Women’s Champions.