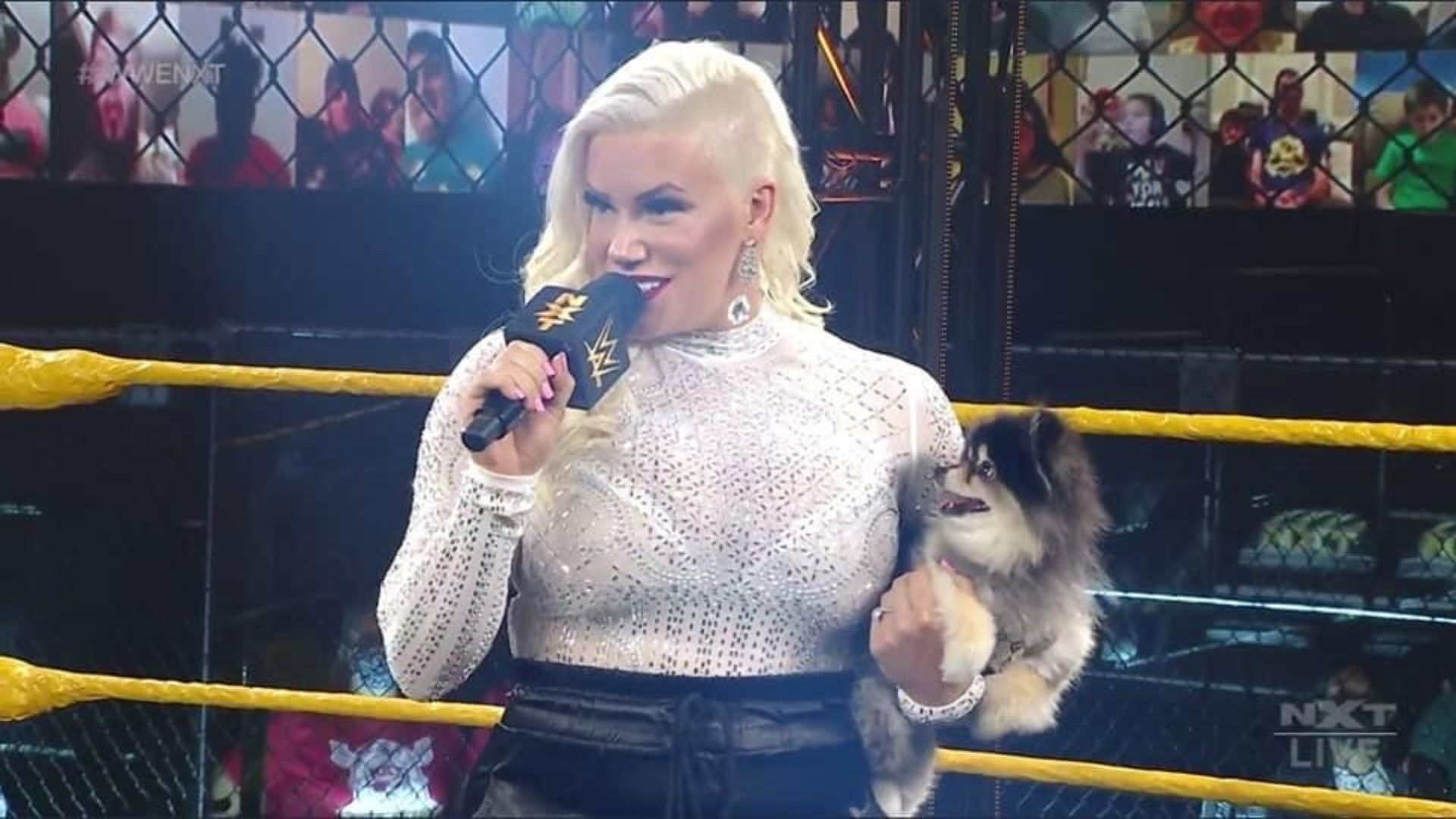 In the Main Event, Bronson Reed, Dexter Lumis and the NXT Women’s Tag Team Champions Shotzi Blackheart & Ember Moon defeated The Way in a Mixed 8-Person Tag Team Match. Bronson Reed got the victory for his team after applying a painful Tsunami over Austin Theory.

KUSHIDA won the NXT Cruiserweight Championship after beating Santos Escobar in a Title Match. When it appeared that Escobar would retain the title with a Phantom Driver, KUSHIDA reversed it with a Roll-Up for the pinfall.

The show began with a segment with Karrion Kross and Scarlett, who issued a challenge to anyone who wishes to take the NXT Championship from their hands.