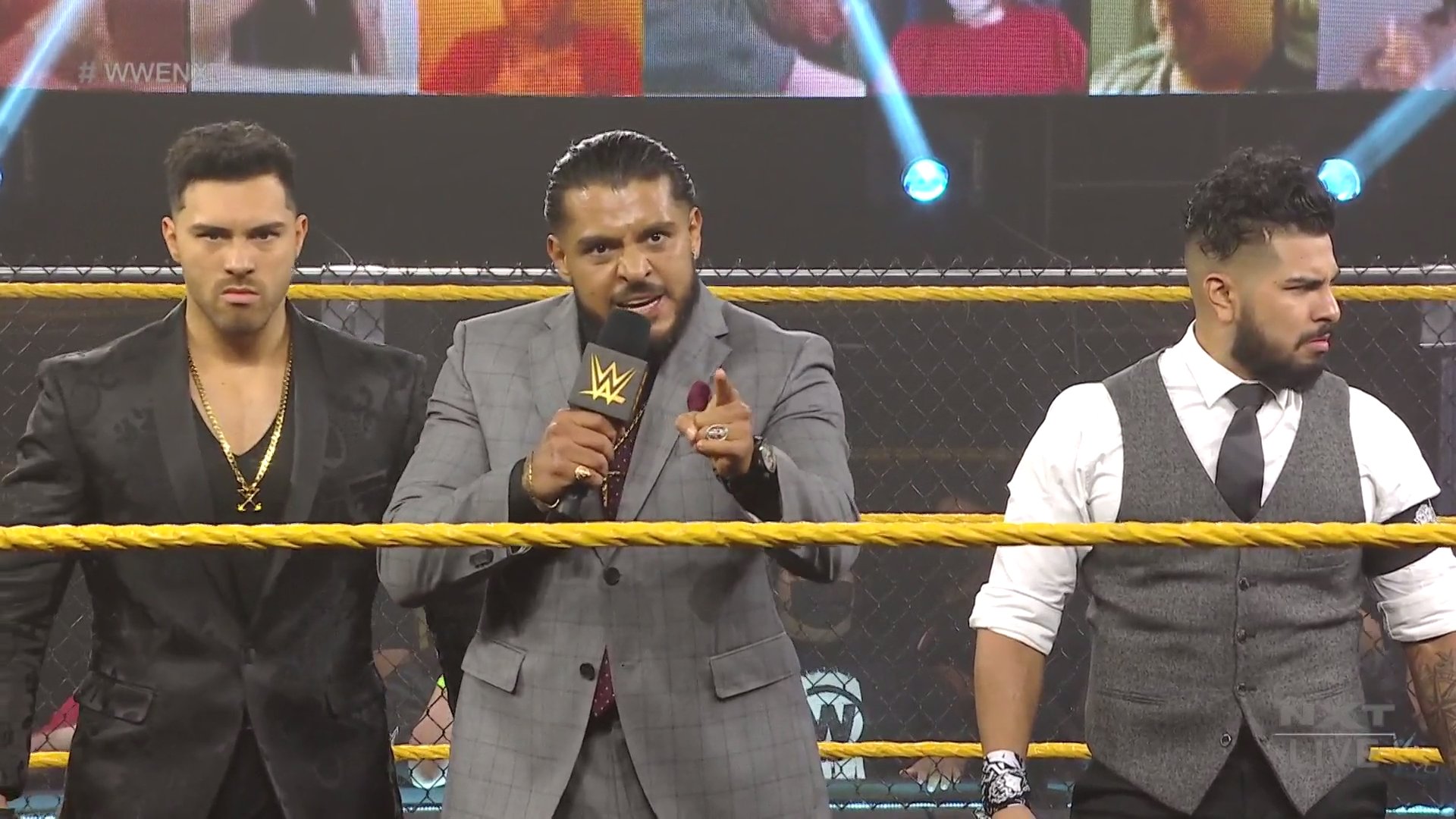 NXT Cruiserweight Champion Santos Escobar warns anyone who wants to get in his way. (PHOTO: WWE)
WWE Event Review

WWE held the episode 445 of NXT Live at Capitol Wrestling Center in Orlando, Florida, in which Main Event, the NXT Champion Finn Bálor defeated Roderick Strong in a Single Match.

Breezango was preparing to enter the ring for their match against Ever-Rise, but Legado del Fantasma attacked them from behind. Santos Escobar attacked both couples and left them unconscious. The NXT Cruiserweight Champion warned that he will get rid of anyone who crosses his path no matter what happened last week.