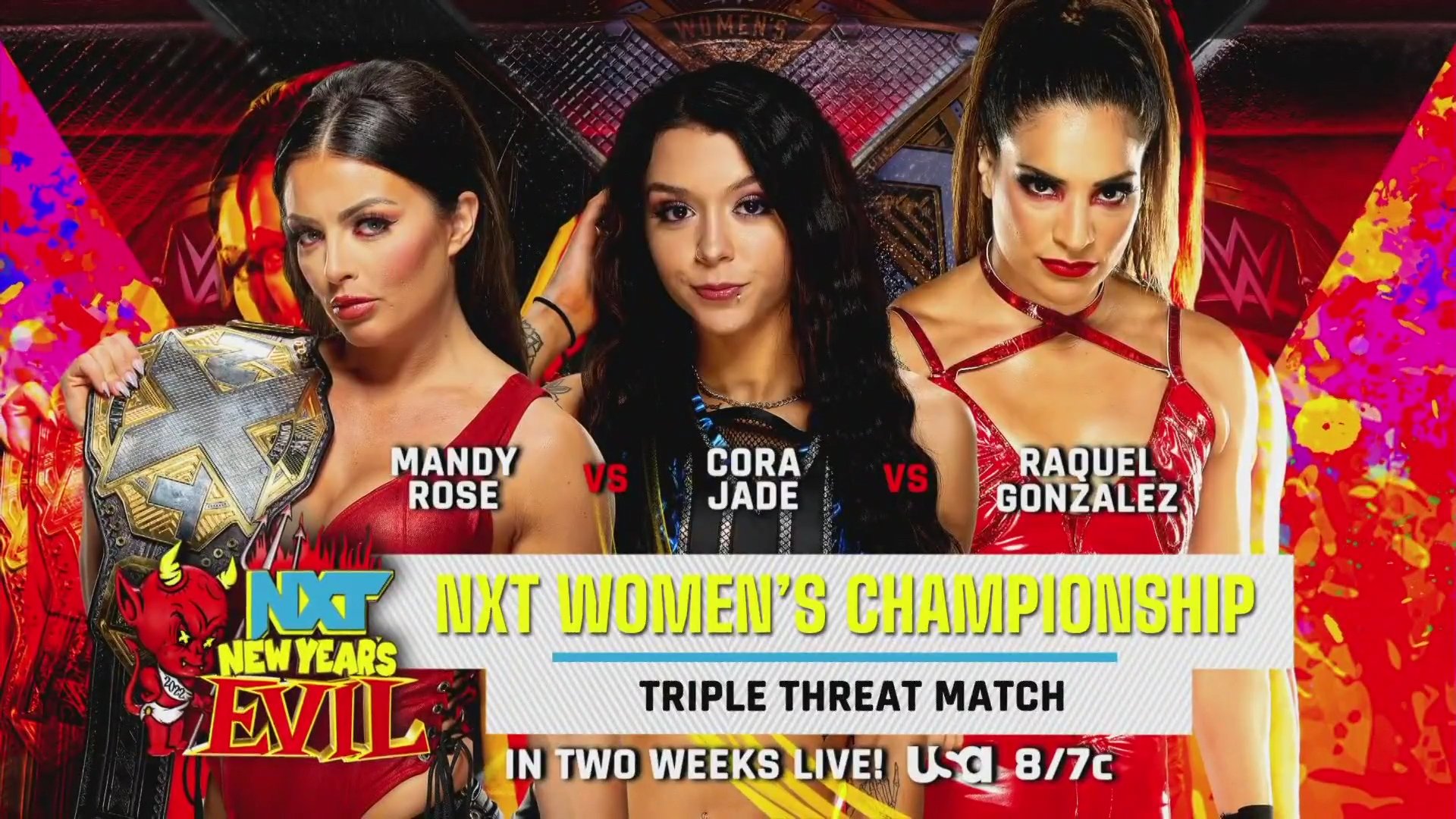 WWE held the episode 486 of NXT 2.0 at Capitol Wrestling Center in Orlando, Florida, in whose show, Raquel Gonzalez defeated Dakota Kai by pinfall with a Powerbomb into a trash can in a Street Fight.

At the end of the match, the triple threat match for the NXT Women’s Championship between Mandy Rose, Raquel Gonzalez and Cora Jade at New Year’s Evil.

In the Main Event, Pete Dunne defeated Tony D’Angelo by pinfall with Bitter End in a Single Match.

Io Shirai defeated Elektra Lopez by pinfall with the Diving Moonsault in a Single Match.