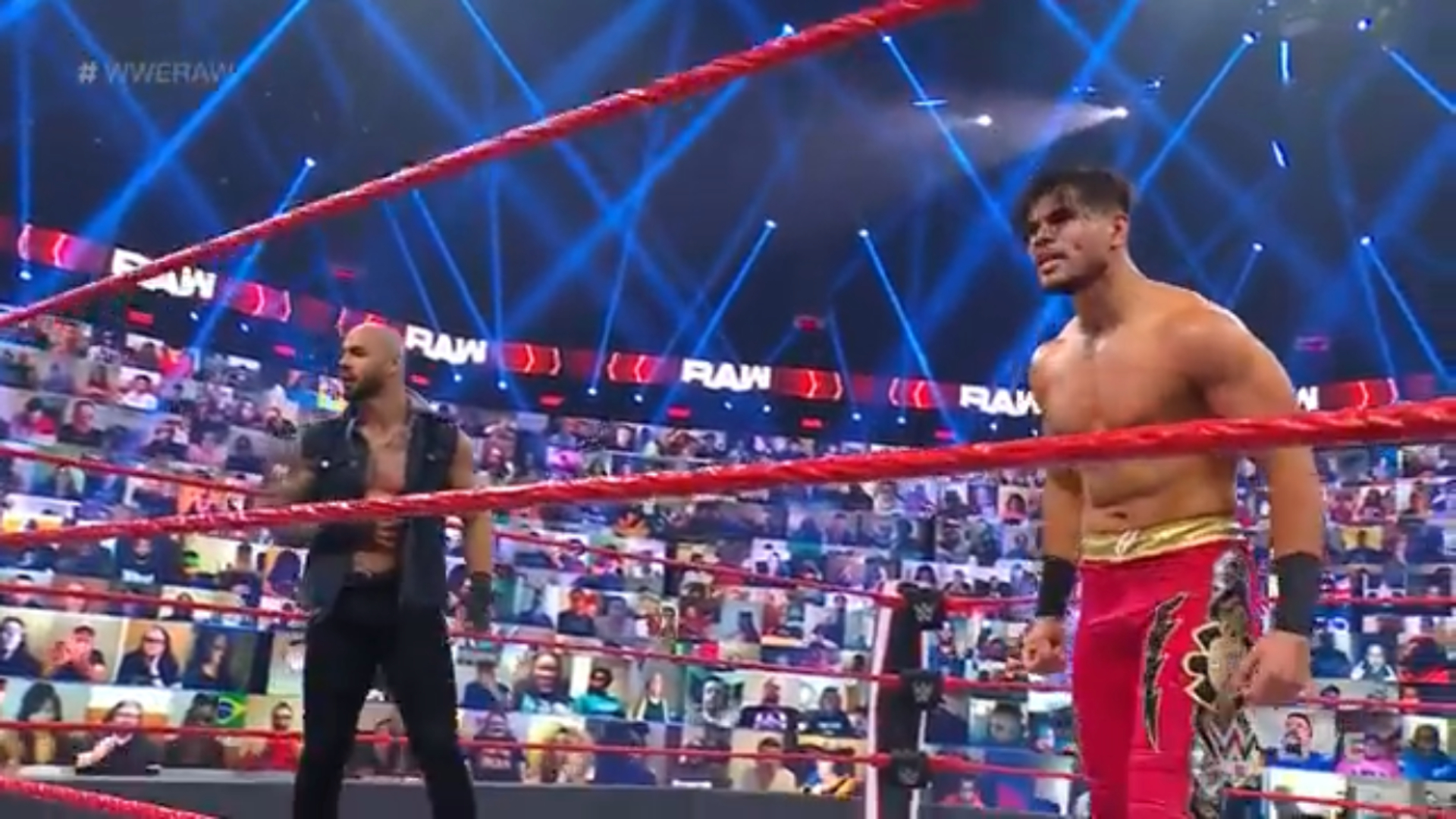 WWE held the episode 1461 of Monday Night RAW at the Yuengling Center in Tampa, Florida, in whose show Sheamus defeated Humberto Carrillo by pinfall with a Victory Roll and a Handful of Tights in a Single Match. At the end of the match, Sheamus continued to attack Carrillo, but this was helped by Ricochet to put a stop to the WWE United States Champion.