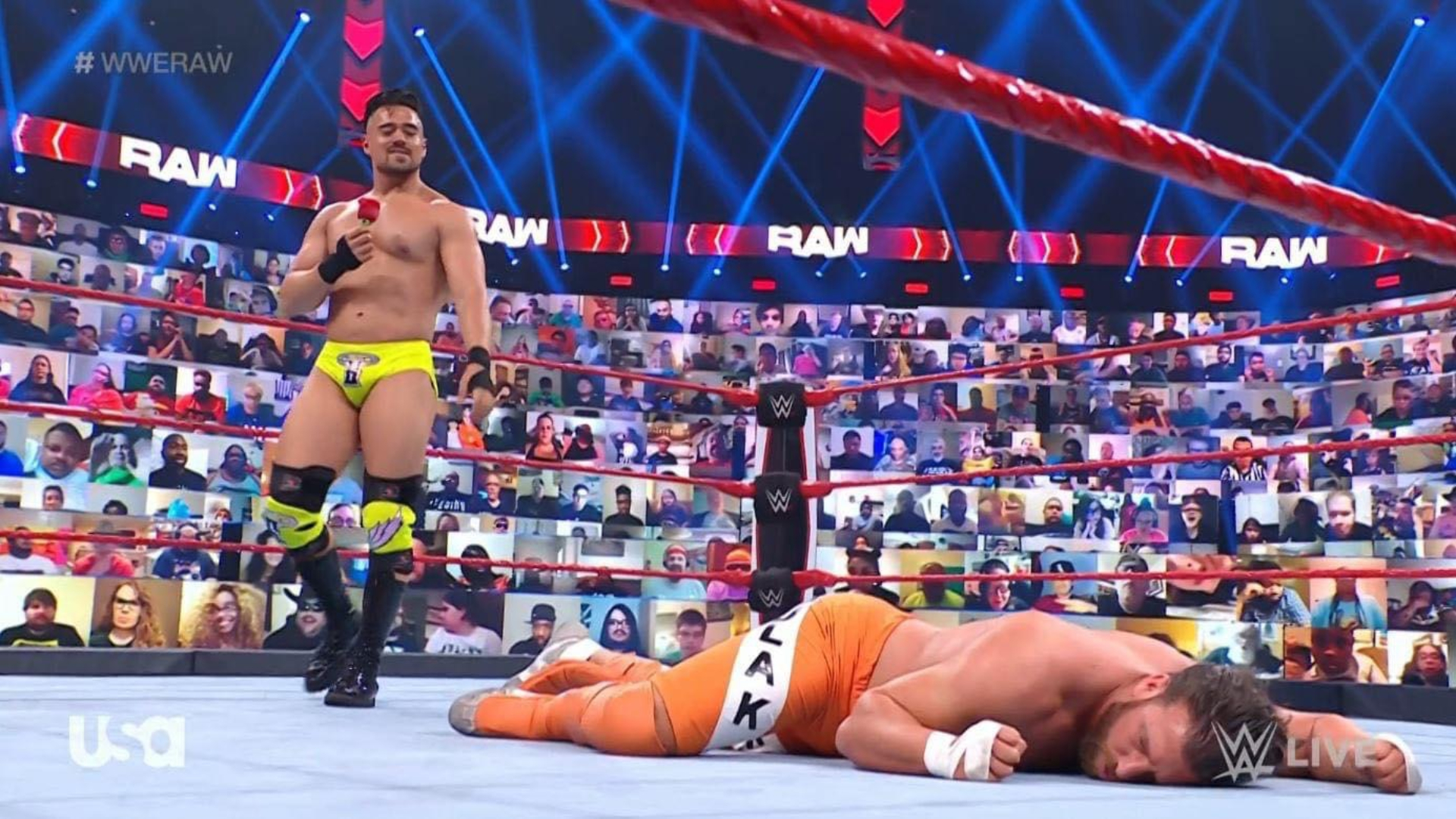 After two months of absence Angel Garza returns to action in the RAW ring with a victory. (PHOTO: WWE)
WWE Event Review

WWE held the episode 1458 of Monday Night RAW at the Yuengling Center in Tampa, Florida, in whose show Angel Garza defeated Drew Gulak after applying the Wing Clipper. El Latino had not seen action on RAW since February 22 when he lost to Damian Priest in a Single Match.

In the Main Event, the WWE Champion Bobby Lashley defeated Braun Strowman in a Single Match.

Sheamus defeated Mansoor by disqualification in Single Match after the intervention of Humberto Carrillo.

In a backstage segment, Humberto Carrillo was interviewed and said that he is not afraid of Sheamus and will challenge him again, when the WWE United States Champion appears to brutally attack him.

In the first match of the evening, AJ Styles & Omos had their first title defense after beating The New Day. AJ Styles applied a Phenomenal Forearm from Omos’ shoulders on Xavier Woods to retain the WWE RAW Tag Team Championship.