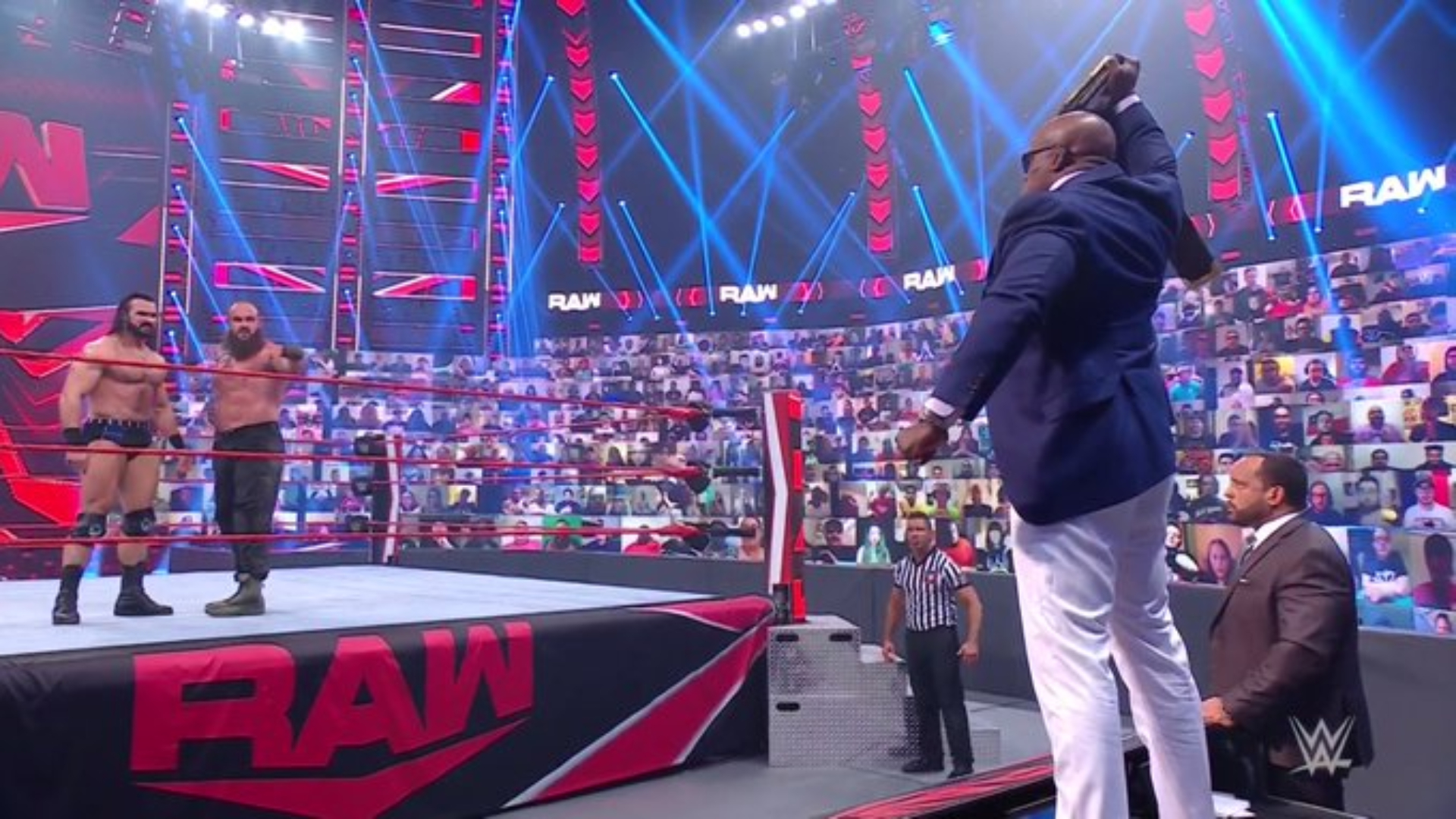 Braun Strowman looks to get himself added to the WWE Championship Match at WrestleMania Backlash in a battle against Drew McIntyre. (PHOTO: WWE)
WWE Event Review

WWE held the episode 1457 of Monday Night RAW at the Yuengling Center in Tampa, Florida, in which Main Event, Braun Strowman won a title shot for the WWE Championship after beating Drew McIntyre. Braun Strowman wins by pinfall with a running Powerslam. Bobby Lashley will defend the title against Drew McIntyre and Braun Strowman in a Triple Threat Match at WrestleMania Backlash.

Humberto Carrillo once again responded to Sheamus’ open challenge and gets retribution against the WWE United States Champion.