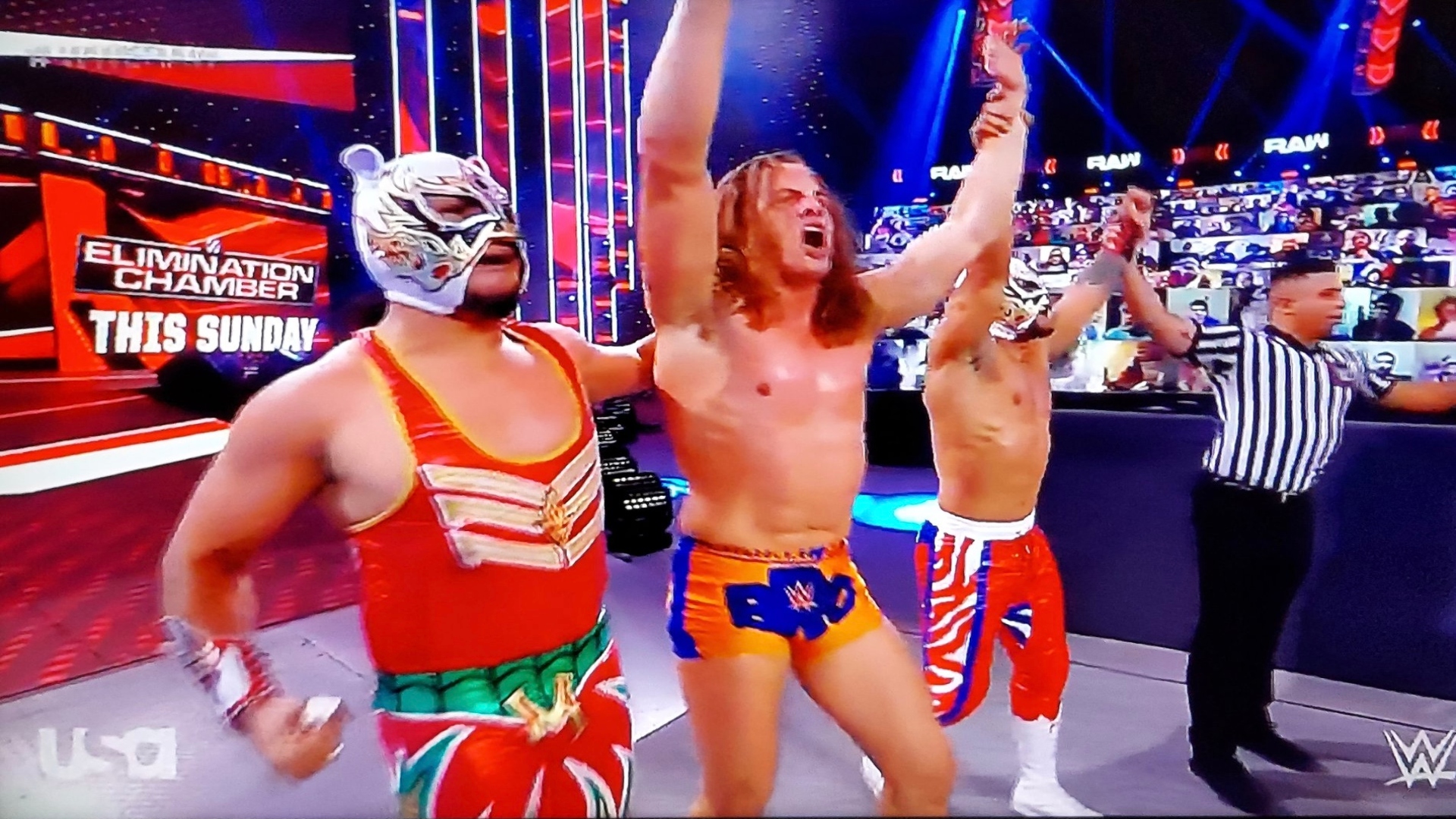 WWE held the episode 1447 of Monday Night RAW at the Tropicana Field in St. Petersburg, Florida, in whose show Lucha House Party & Riddle defeated The Hurt Business in a 6-Man Tag Team Match. At the end of the match, Bobby Lashley attacked Riddle, Gran Metalik and Lince Dorado tried to help him but it was useless as they were also victims of the WWE United States Champion.

In the Main Event, Shemus won the opportunity to be the last to enter the Elimination Chamber Match after beating Drew McIntyre in a Gauntlet Match.