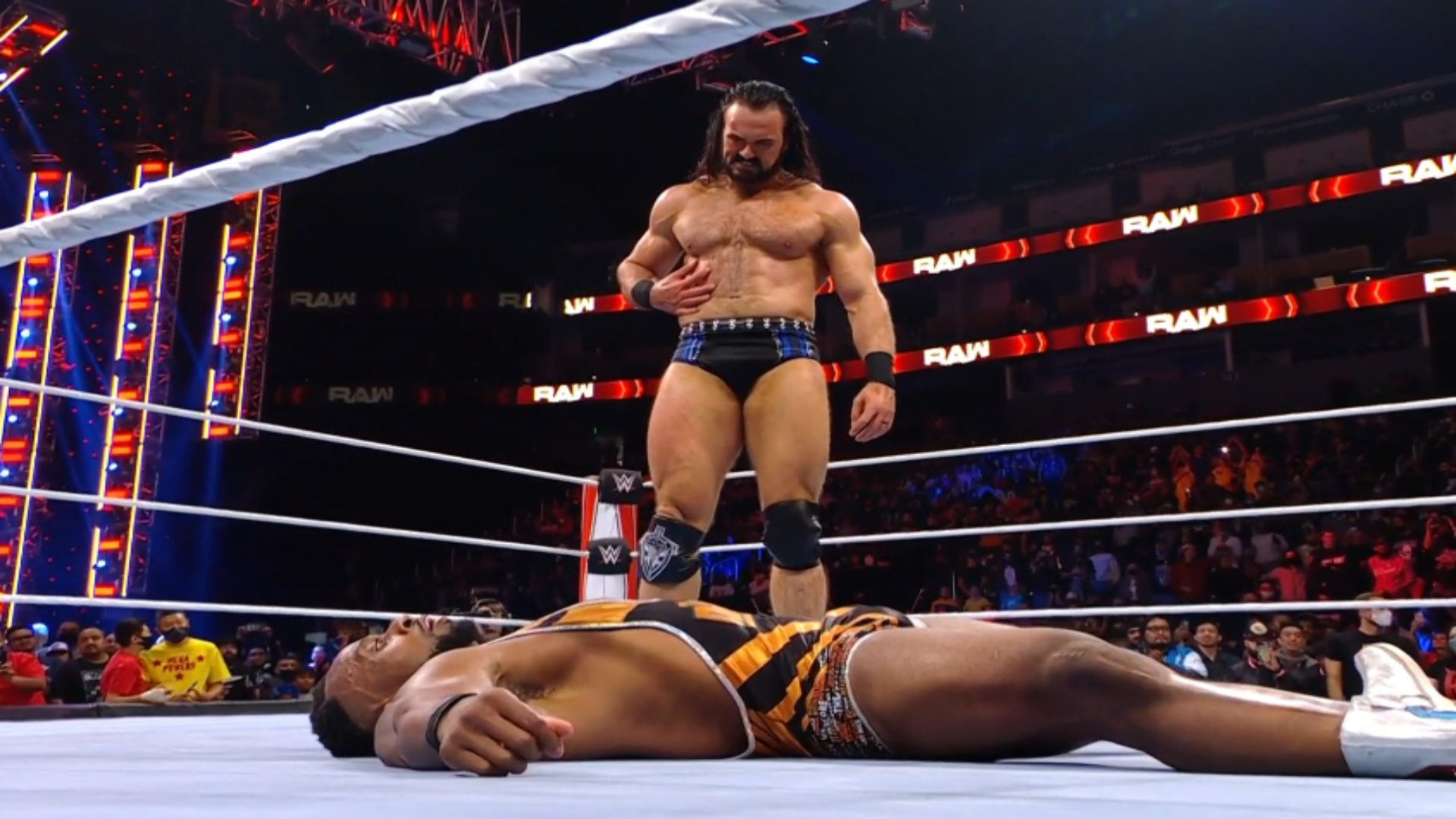 WWE held the episode 1481 of Monday Night RAW at the Chase Center in San Francisco, California, in whose Main Event, The Usos defeated the WWE Champion Big E & Drew McIntyre by count-out in a Tag Team Match. This match ended in a wild brawl, concluding with a Claymore from The Scottish Warrior over the WWE Champion in the middle of the ring.

Doudrop defeated Natalya by pinfall with a Schoolboy Pin and advance to the next round of the Queen’s Crown Tournament.

Jinder Mahal advanced to the next round of the King of the Ring Tournament after beating  Kofi Kingston by pinfall with Khallas.

Shayna Baszler defeated Dana Brooke by pinfall with a Knee Strike in a First Round Match of the Queen’s Crown.

In the opening match, Xavier Woods defeated Ricochet (King of the Ring First Round Match) by pinfall with Limit Breaker.