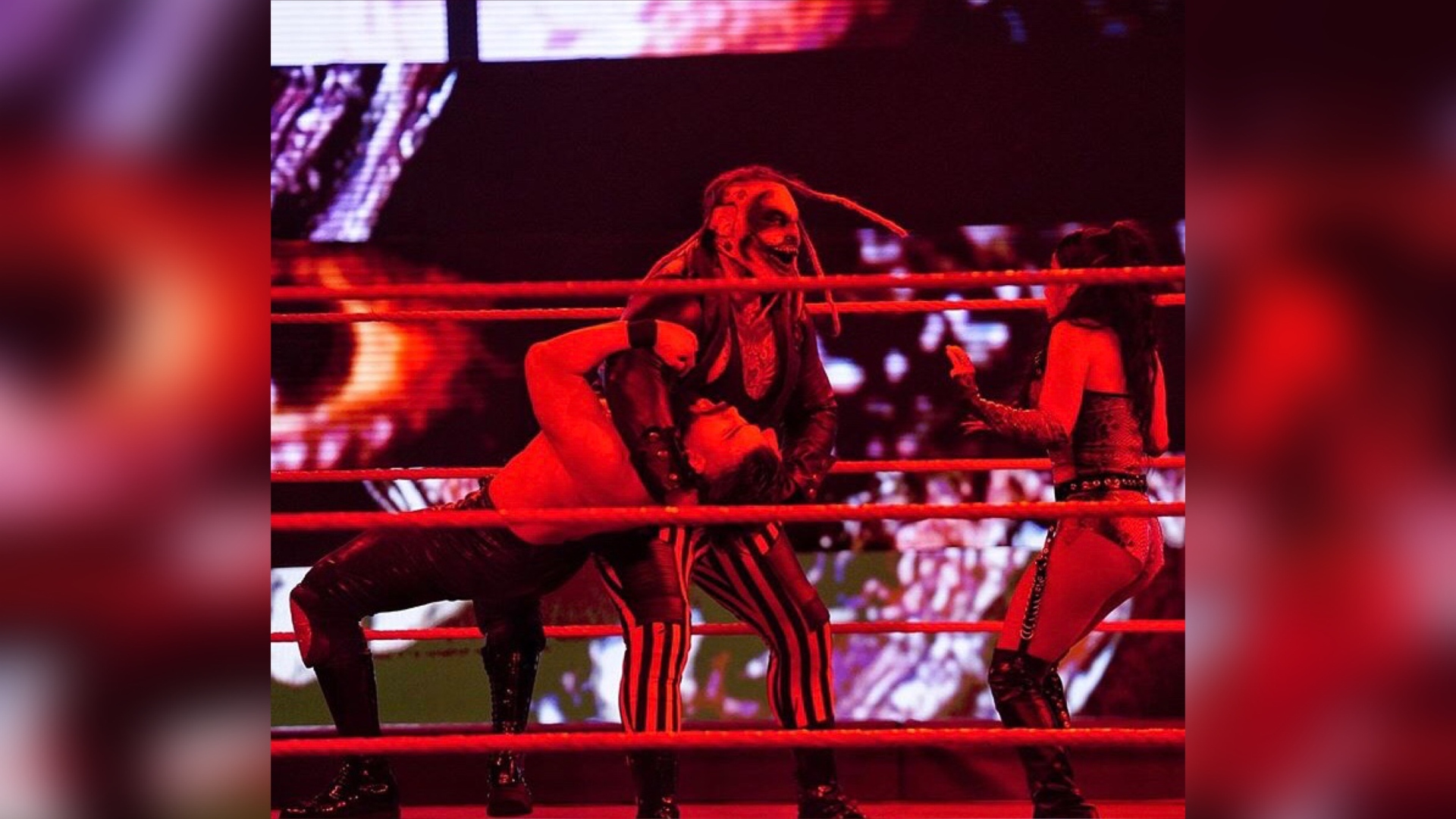 Nightmare night for Andrade and Zelina Vega. They were both attacked by "The Fiend" Bray Wyatt and Alexa Bliss. (PHOTO: WWE)
WWE Event Review

WWE held the episode 1429 of Monday Night RAW at the Amway Center in Orlando, Florida, in whose show Angel Garza defeated Andrade in a Single Match. Zelina Vega was at the commentary table and at the end of the match she entered the ring while Garza left. La Muñeca walked over to see Andrade, but suddenly the lights went out. Alexa Bliss appeared in the ring doing the Bray Wyatt pose. The entire environment lit up in red as devilish music played. The Fiend appeared and together with Bliss they applied Sister Abigail over Andrade and Zelina.

In the Main Event, Lana won a title shot for the WWE RAW Women’s Championship after eliminating Natalya in a Women’s  Battle Royal. Asuka will defend the title against Lana.

During the show, Street Profits exchanged the WWE RAW Tag Team Championship with The New Day after being drafted to RAW.