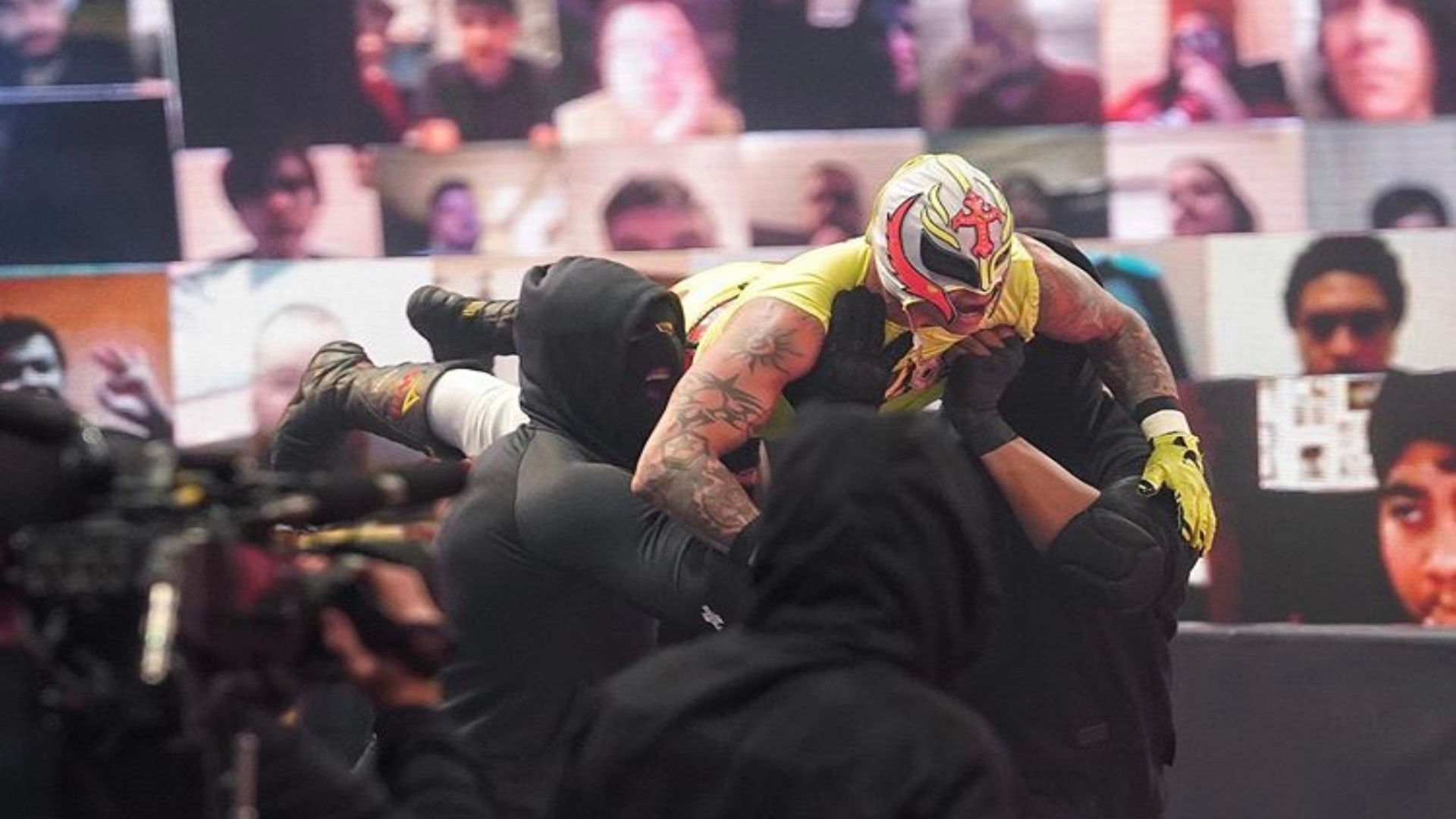 WWE held the episode 1422 of Monday Night RAW at the Amway Center in Orlando, Florida, in whose main event was a Tag Team Match in which Rey Mysterio & Dominik Mysterio faced Seth Rollins & Murphy but this ended in No Contest after the intervention of RETRIBUTION, who attacked the masked luchador and his son.

The former NXT Champion Keith Lee arrived to the RAW brand challenging Randy Orton to a Single Match, during which the WWE Champion Drew McIntyre intervened to attack The Viper causing the disqualification for The Limitless. This Sunday at the WWE PayBack PPV Keith Lee will face Randy Orton in a Single match.

Angel Garza was defeated by the WWE RAW Tag Team Champion Montez Ford in a Single Match. The TV personality Demi Burnett had accompanied Garza in his entrance to the ring, but in the middle of the match her left him to go with Ivar, who gave her a turkey leg.

WWE announced that “The Fiend” Bray Wyatt will defend the WWE Universal Championship against Braun Strowman & Roman Reigns in a Triple Threat Match at WWE Payback. The contract signing for this Title Match will take place this Friday on SmackDown.