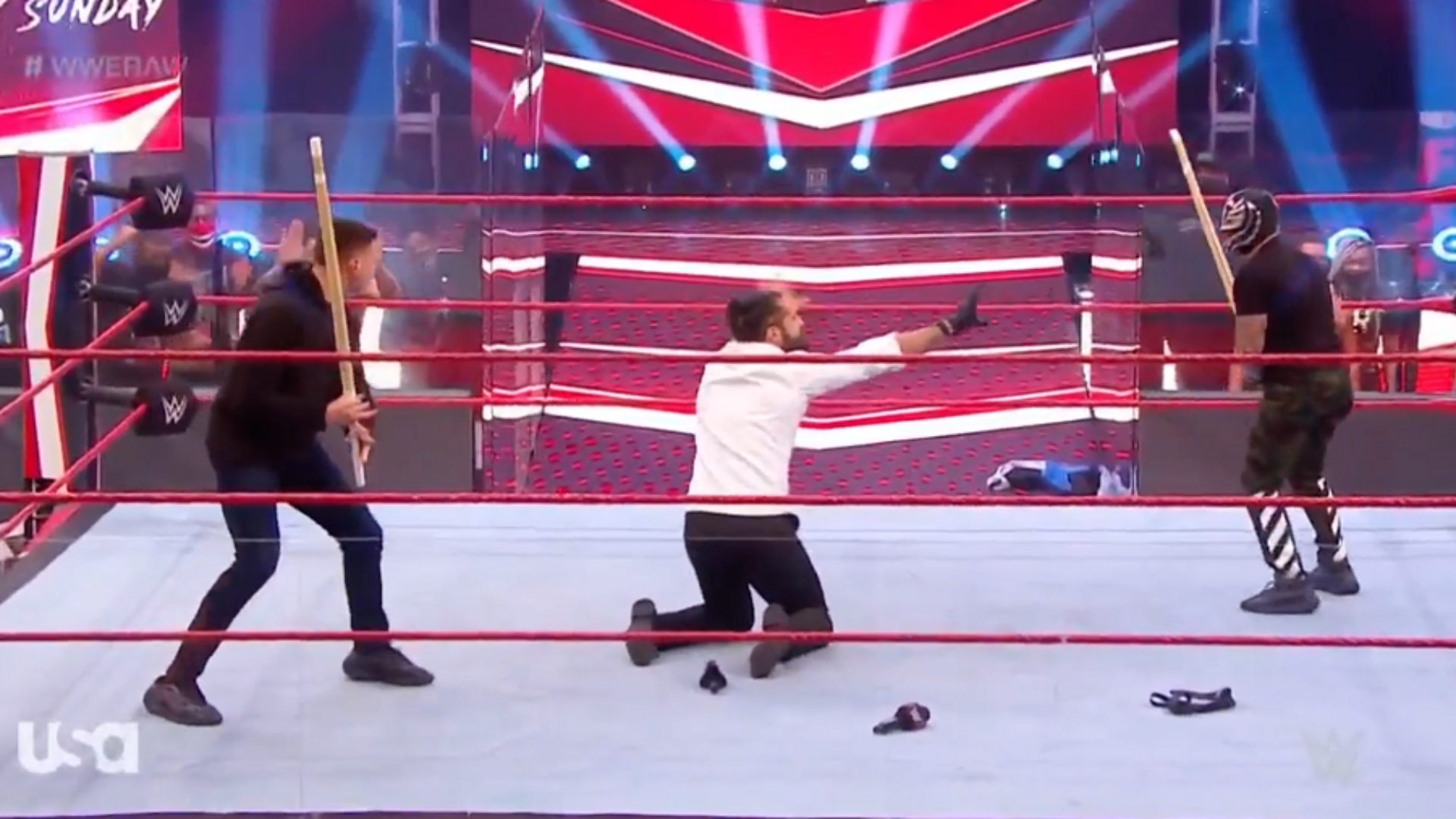 WWE held the episode 1421 of Monday Night RAW at the WWE Performance Center in Orlando, Florida, in whose, Rey Mysterio & Dominik Mysterio attacked Seth Rollins & Murphy with kendo sticks before his match at Summerslam.

After the match, in backstage Angelo Dawkins proved that Zelina Vega was responsible for the poisoning of Montez Ford, which causes the Andrade and Garza to go to blows against The Street Profits.