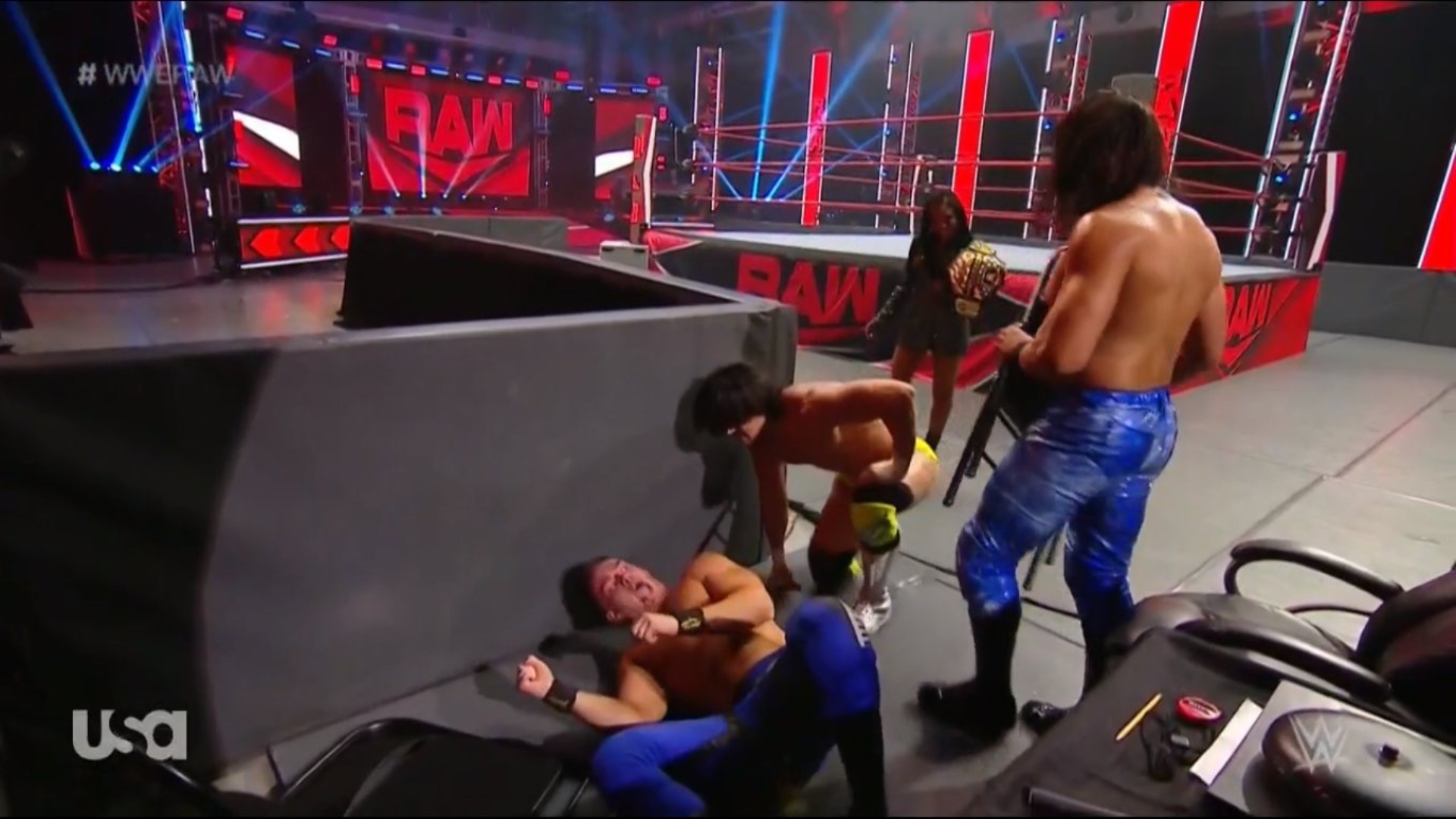 WWE held the episode 1408 of Monday Night RAW at the WWE Performance Center in Orlando, Florida, in whose show Kevin Owens & Apollo Crews defeated Andrade & Angel Garza with Zelina Vega & Austin Theory in a tag team match. Austin Theory caused the defeat of his teammates after accidentally hitting Angel Garza in the face, which was used by Apollo to take the victory over Garza.This provoked Andrade and Garza‘s wrath and attacked Theory, expelling him from the team with the approval of Zelina Vega.

WWE confirmed, Andrade will defend the WWE United States Championship against Apollo Crews in a title match next week.

For the second week in a row on Monday Night RAW, Humberto Carrillo was defeated, this time by Murphy.

For the Backlash PPV. Edge will face Randy Orton in a single match.