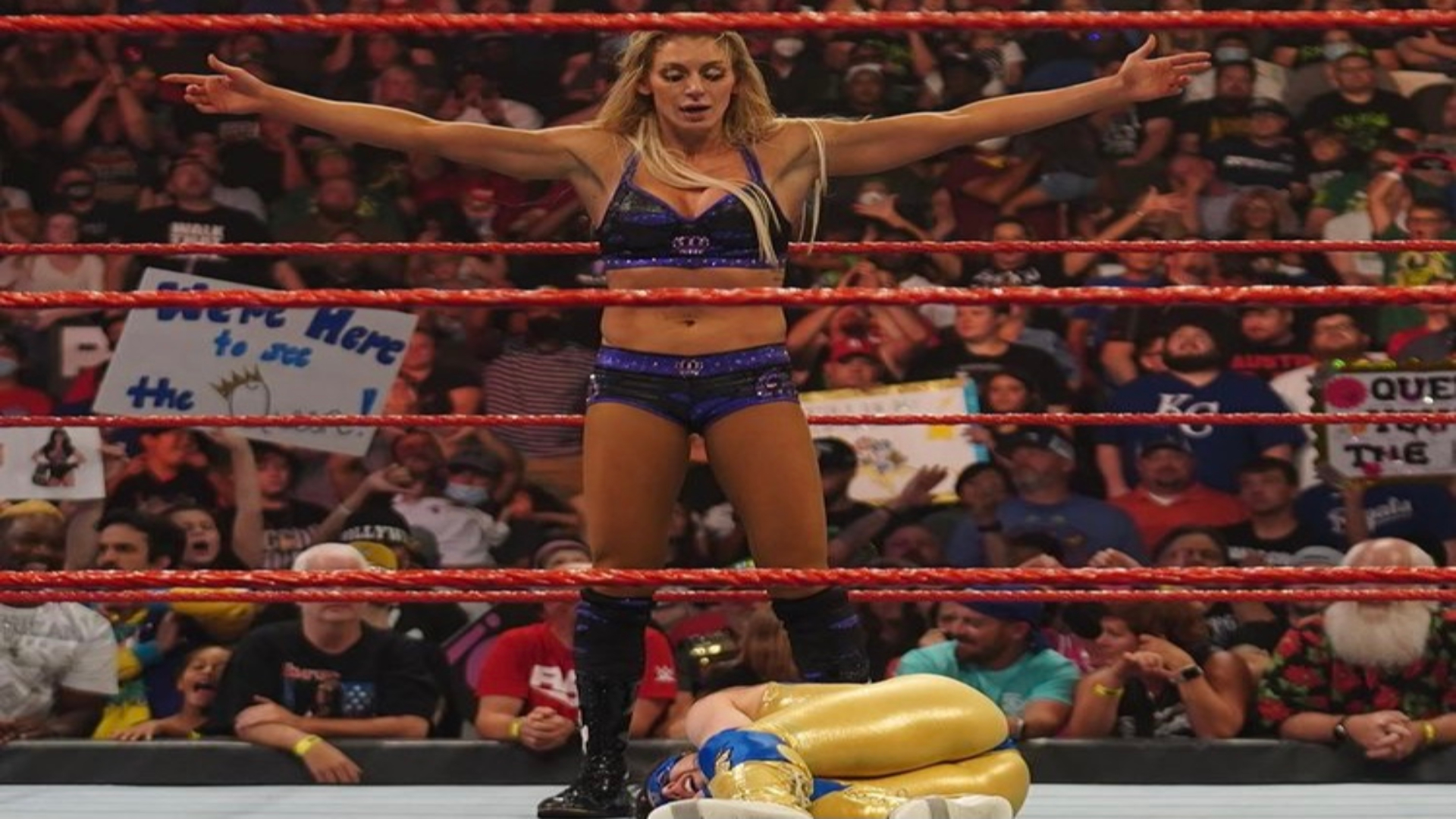 WWE held the episode 1470 of Monday Night RAW at the T-Mobile Center in Kansas City, Missouri, in whose Main Event, Charlotte Flair defeated Nikki A.S.H after inverting a crossbody block in a Non-Title Match. The result frustrated the WWE RAW Women’s Champion, for which she challenged Charlotte to a rematch the next week, The Queen accepted but also attacked her treacherously.

The NXT Champion Karrion Kross defeated Keith Lee by submission with the Krossjacket in a Non-Title Match.

AJ Styles & Omos retained the WWE RAW Tag Team Championship against Viking Raiders by pinfall with a Springboard 450 Splash from The Phenomenal One on Erik in a Title Match.

Damian Priest won a title shot for the WWE United States Championship after beating Sheamus in a Contender’s Match.

The show began started with a segment with the WWE officials Adam Pearce and Sonya Deville who announced that at SummerSlam Nikki A.S.H will defend the WWE RAW Women’s Championship against Charlotte Flair and Rhea Ripley in a Triple Threat Match.