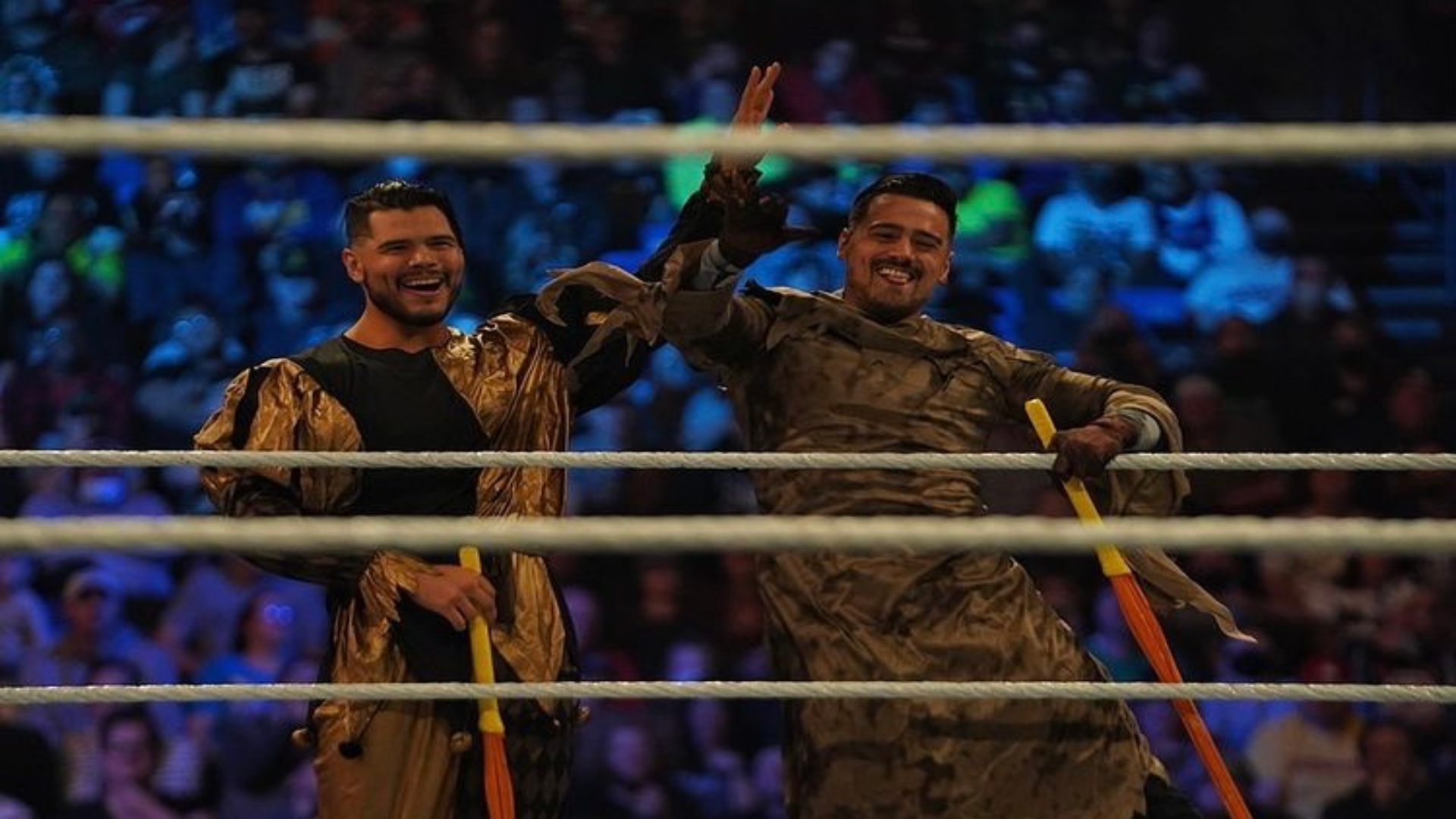 WWE held the 1158 of Friday Night SmackDown at the Mohegan Sun Arena in Wilkes-Barre, Pennsylvania in whose Main Event, The New Day defeated The Usos by pinfall with a Roll Up from King Xavier Woods on Jimmy Uso in a Non-Title Match.

Happy Corbin & Madcap Moss defeated Shinsuke Nakamura & Rick BOOGS by pinfall in a Trick or Street Fight. Angel Garza and Humberto Carrillo intervened costumed as ghouls, attacking Nakamura and BOOGS with kendo sticks. At the end of the match, both luchadores revealed their identities.

At WWE 205 Live, Sarray defeated Katrina Cortez with a devastating Dropkick Knocks in a Single Match.