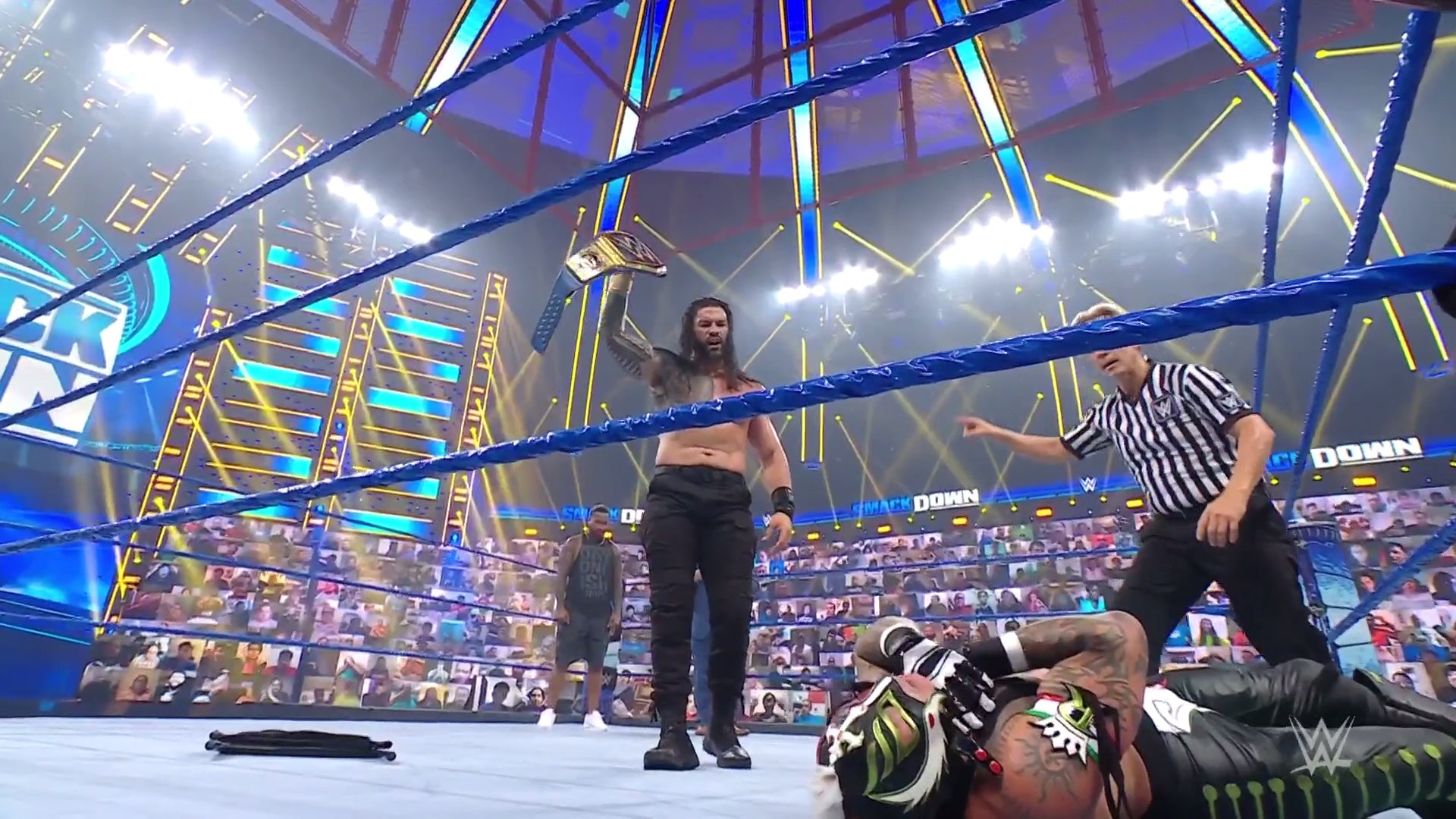 WWE held the 1139 of Friday Night SmackDown at the Yuengling Center in Tampa, Florida, in whose Main Event, Roman Reigns defeated Rey Mysterio by submission in a Hell in a Cell Match for the WWE Universal Championship. The Tribal Chief surrendered The Master of the 619 with the Guillotine Choke.

Shinsuke Nakamura won the King of the Ring‘s crown after beating King Corbin by pinfall with Kinshasa.

This was the last Friday Night SmackDown before Hell in a Cell.