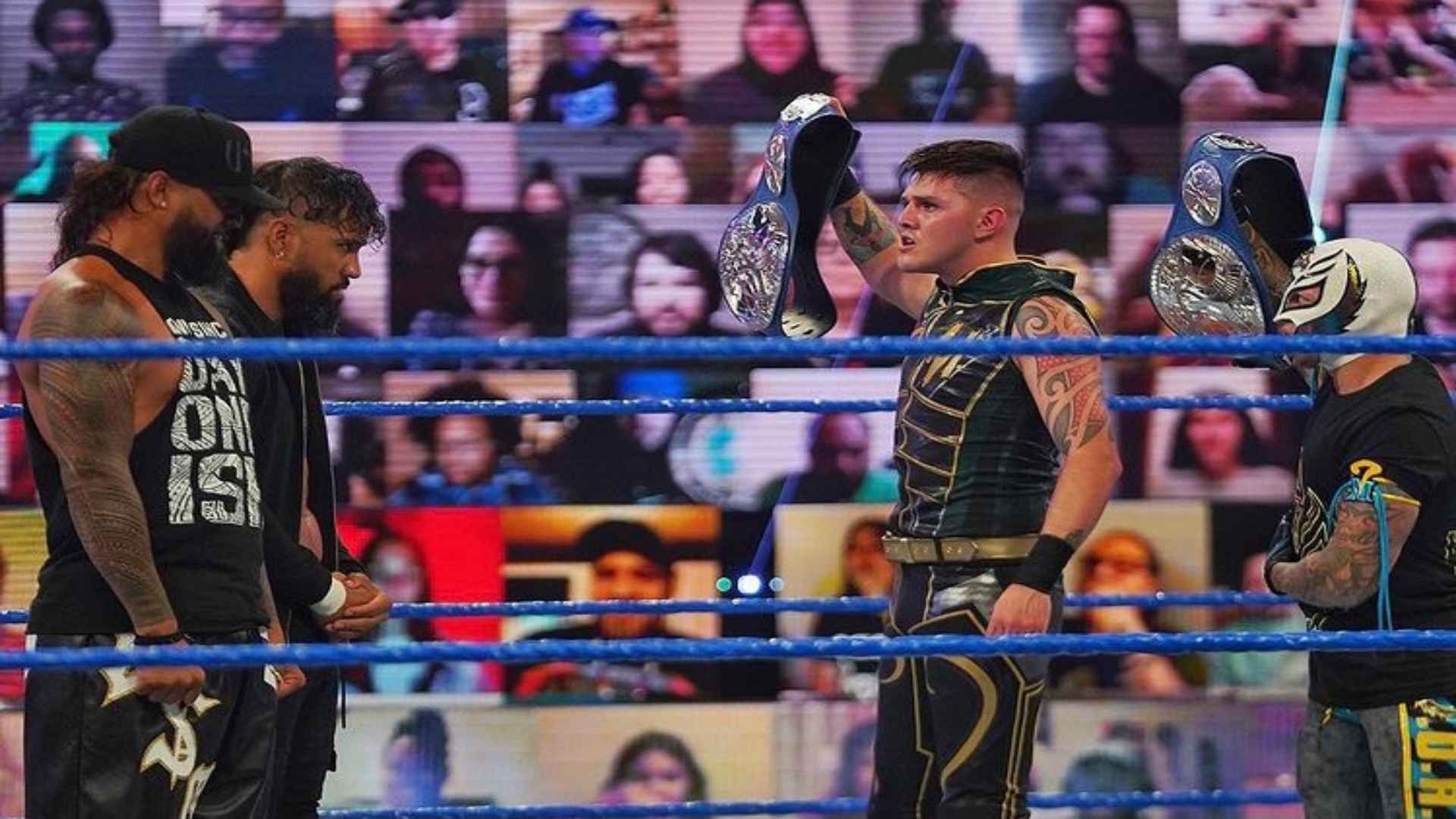 WWE held the 1136 of Friday Night SmackDown at the Yuengling Center in Tampa, Florida, in which Main Event, Rey Mysterio & Dominik Mysterio retained the WWE SmackDown Tag Team Championship after beating the Dirty Dawgs in a Title Match. Minutes before the match, Rey Mysterio was attacked by Dolph Ziggler and Robert Roode, for which Dominik had to defend the titles in a 2-on-1 Handicap Match. Dominik won the match with a Bridging Pin on Robert Roode. At the end of the match, The Usos entered the ring hinting their intentions for the titles.