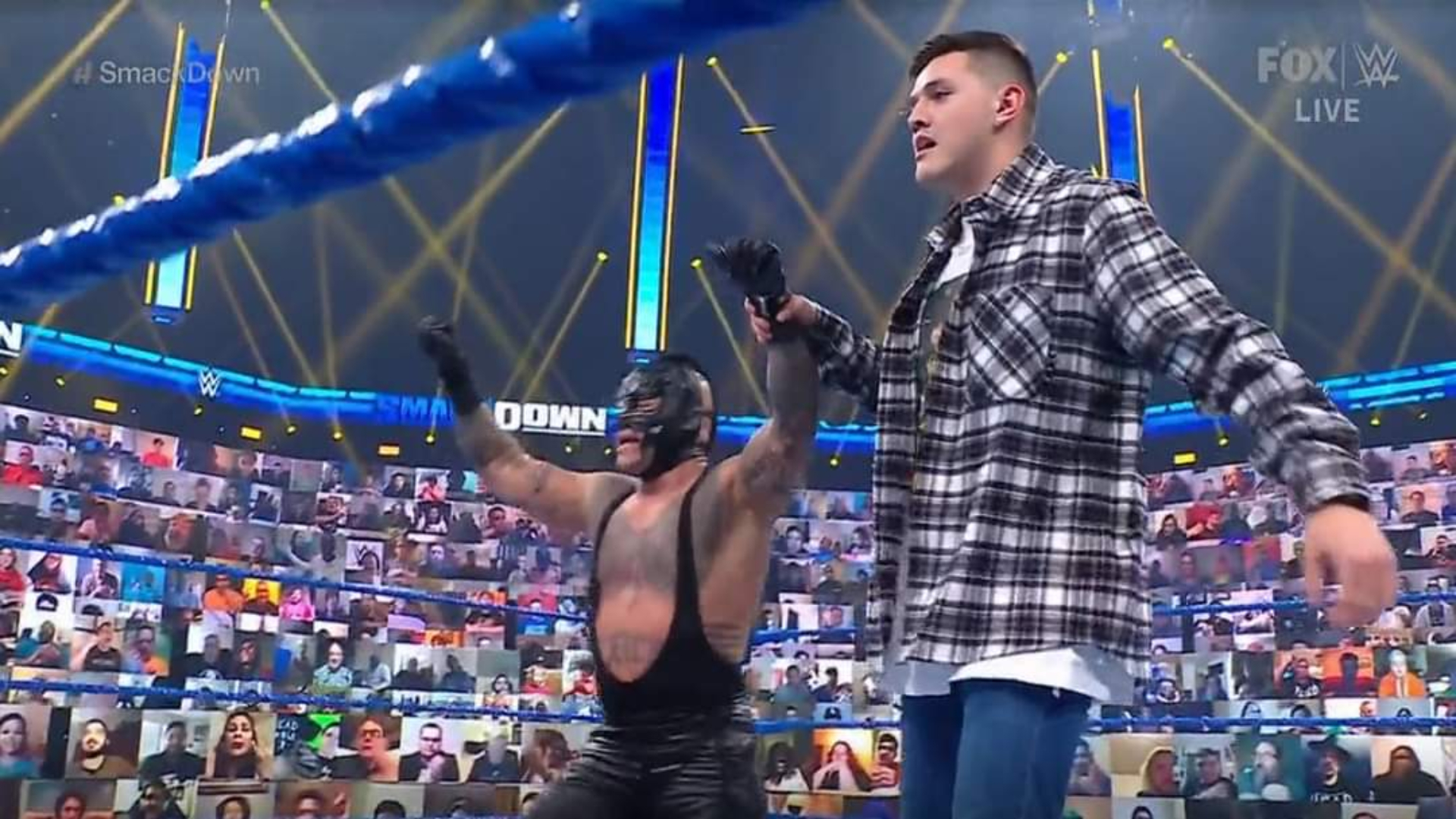 Ahead of the SmackDown Tag Team Title clash at WrestleMania Backlash, The Master of the 619 and The Showoff look to gain the upper hand. (PHOTO: WWE)
WWE Event Review

WWE held the 1134 of Friday Night SmackDown at the Yuengling Center in Tampa, Florida, in whose show Rey Mysterio defeated Dolph Ziggler in a Single Match. The Master of the 619 wins by pinfall with a small package. At the end of the match, Dominik Mysterio blocks an attack from Robert Roode. This Sunday at WrestleMania Backlash, Rey and Dominik Mysterio will face The Dirty Dawgs in a Title Match for the WWE SmackDown Tag Team Championship.

– Fifth Match: Cesaro Vs. Jimmy Uso ended in a No Contest (Single Match)