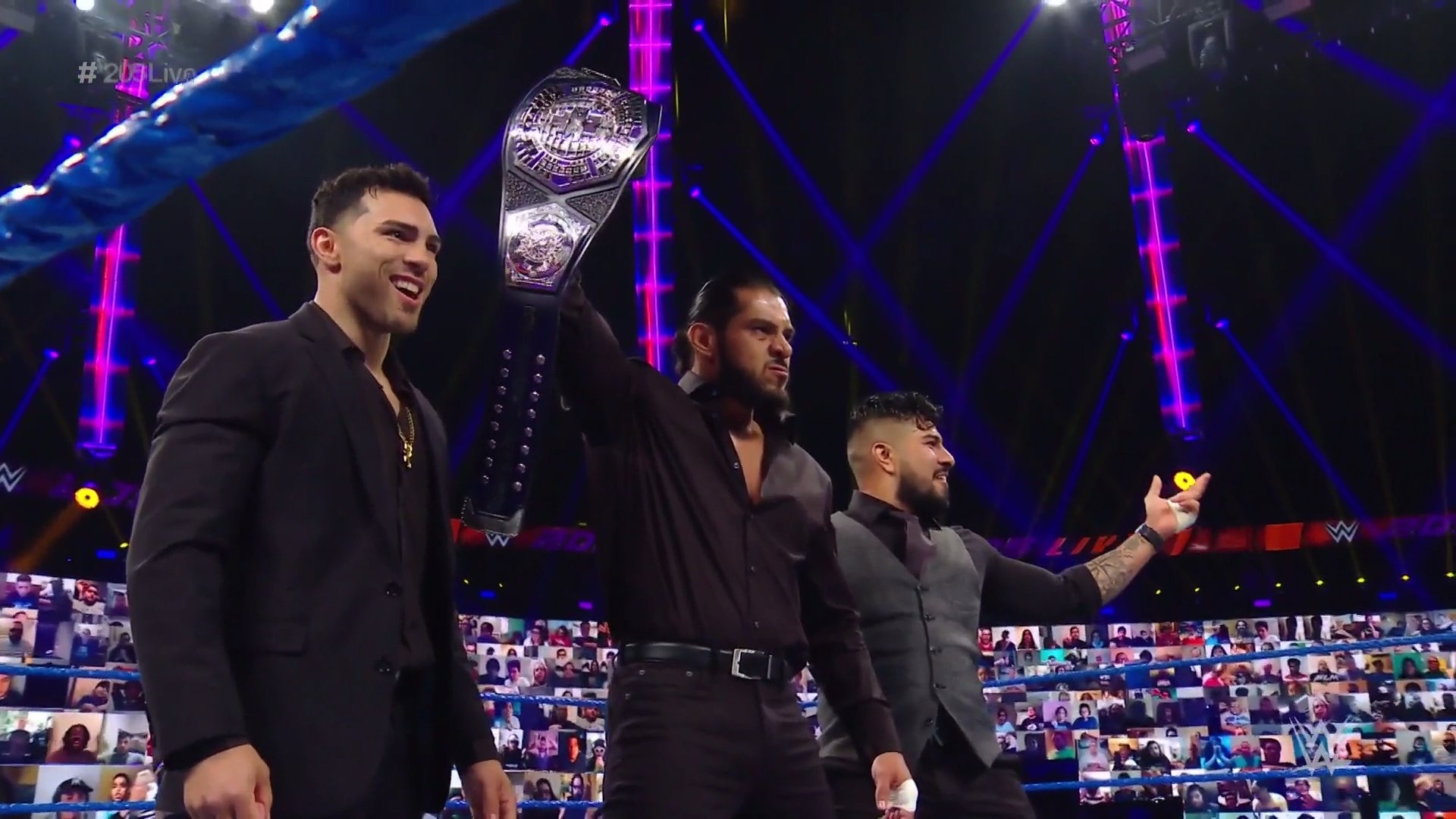 WWE held the episode 1098 of Friday Night SmackDown at the Amway Center in Orlando, Florida, in whose Main Event Jey Uso won a title shot for the WWE Universal Championship after beating King Corbin, Matt Riddle and Sheamus in a 4-Way Match. Roman Reigns will defend the title against Jey Uso at WWE Clash of Champions PPV.

Shayna Baszler & Nia Jax retained the WWE Women’s Tag Team Championship against Bayley &Sasha Banks in a Title Match. During the match, The Boss injured his knee after colliding with one of the cornerbacks.

At the end of the match Sasha had to receive medical attention, and while that was happening the WWE Smack Down Women’s Champion began to brutally attack his partner.

At WWE 205 Live, the tag team match between Ever-Rise Vs.Danny Burch & Oney Lorcan ended in a no contest after the Legado del Fantasma‘s intervention.