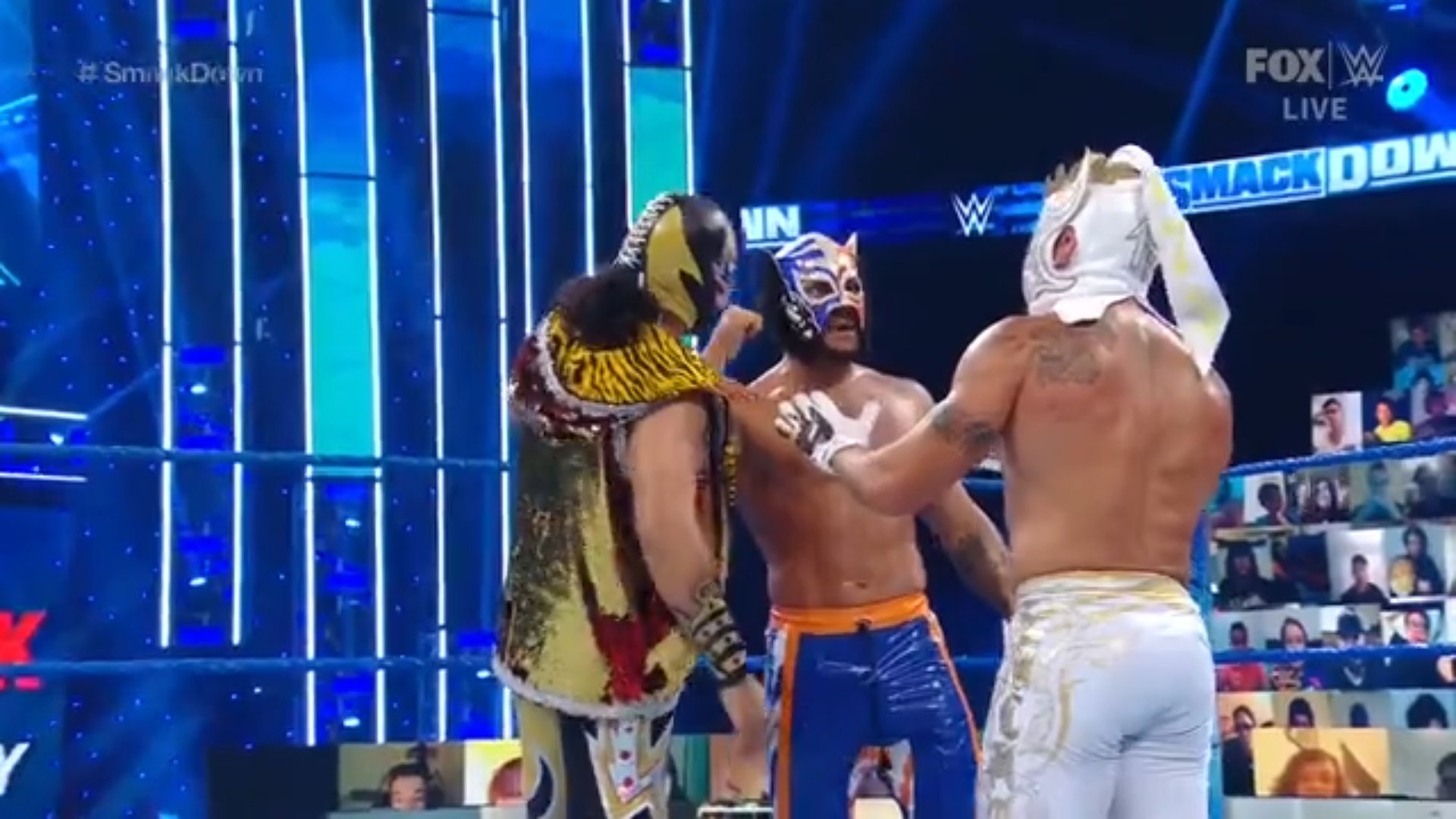 Is it the end of Lucha House Party? (PHOTO: WWE)
WWE Event Review

WWE held the episode 1097 of Friday Night SmackDown at the Amway Center in Orlando, Florida, in whose the WWE SmackDown Tag Team Champion Cesaro defeated Kalisto in a Single Match. In the final moments of the match, Great Metalik and Lince Dorado appeared to avoid the intervention of Shinsuke Nakamura, but this distracted Kalisto and this was used by Cesaro to apply the pinfall. This caused a new discussion among the members of the Lucha House Party.

In the first match of the evening, Jeff Hardy retained the WWE Intercontinental Championship after beating Shinsuke Nakamura. The Charismatic Enigma was victorious after applying an effective Swanton Bomb.

At the end of the match, Sami Zayn appeared and faced Jeff Hardy telling him that he is the true Intercontinental Champion.