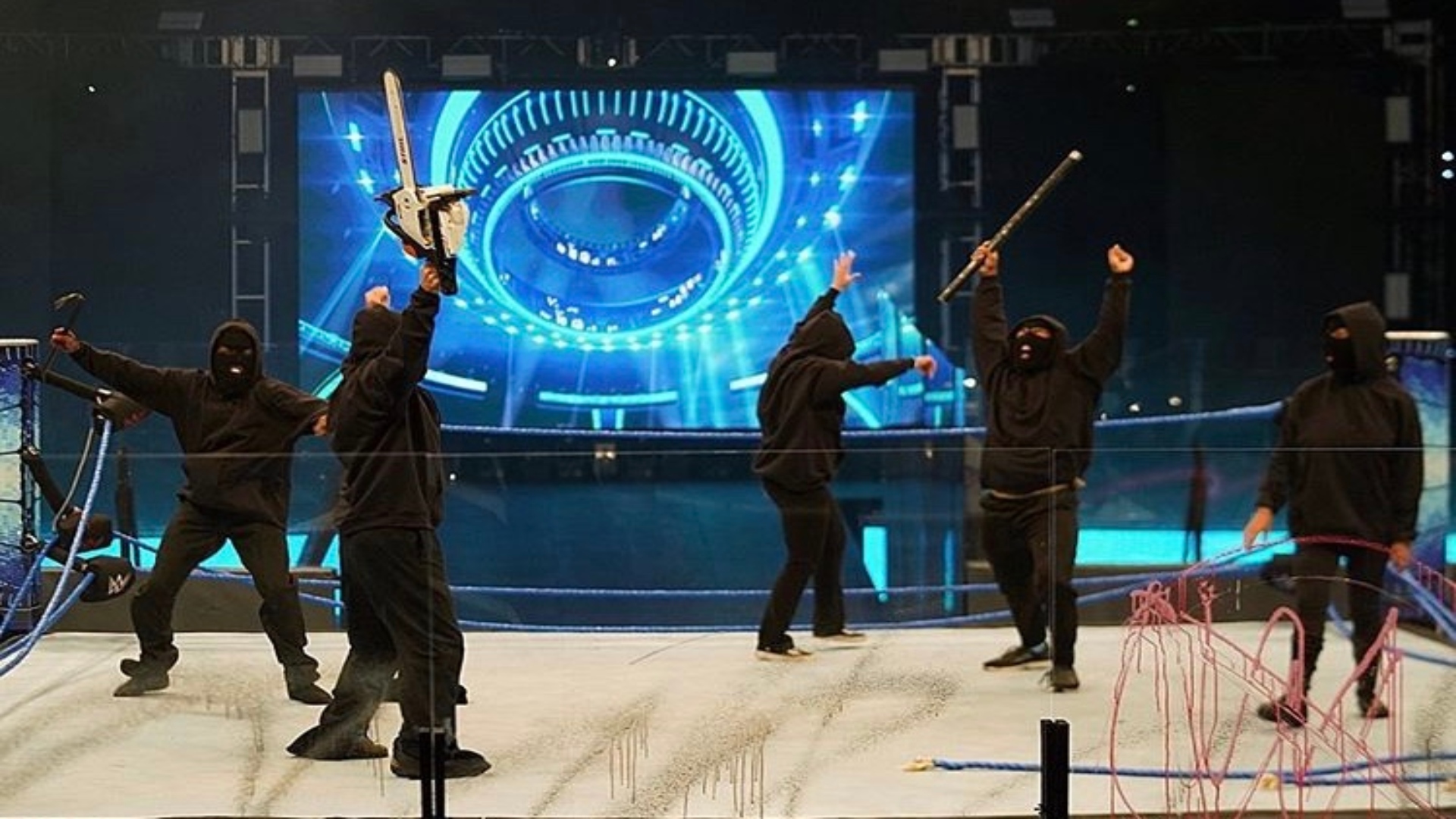 RETRIBUTION appears on SmackDown to cause chaos and vandalism

WWE held the episode 1094 of Friday Night SmackDown at the WWE Performance Center in Orlando, Florida, in whose show the mysterious RETRIBUTION faction appears causing chaos and vandalism, even attacking the commenters and the NXT rookies who were on the ring side.