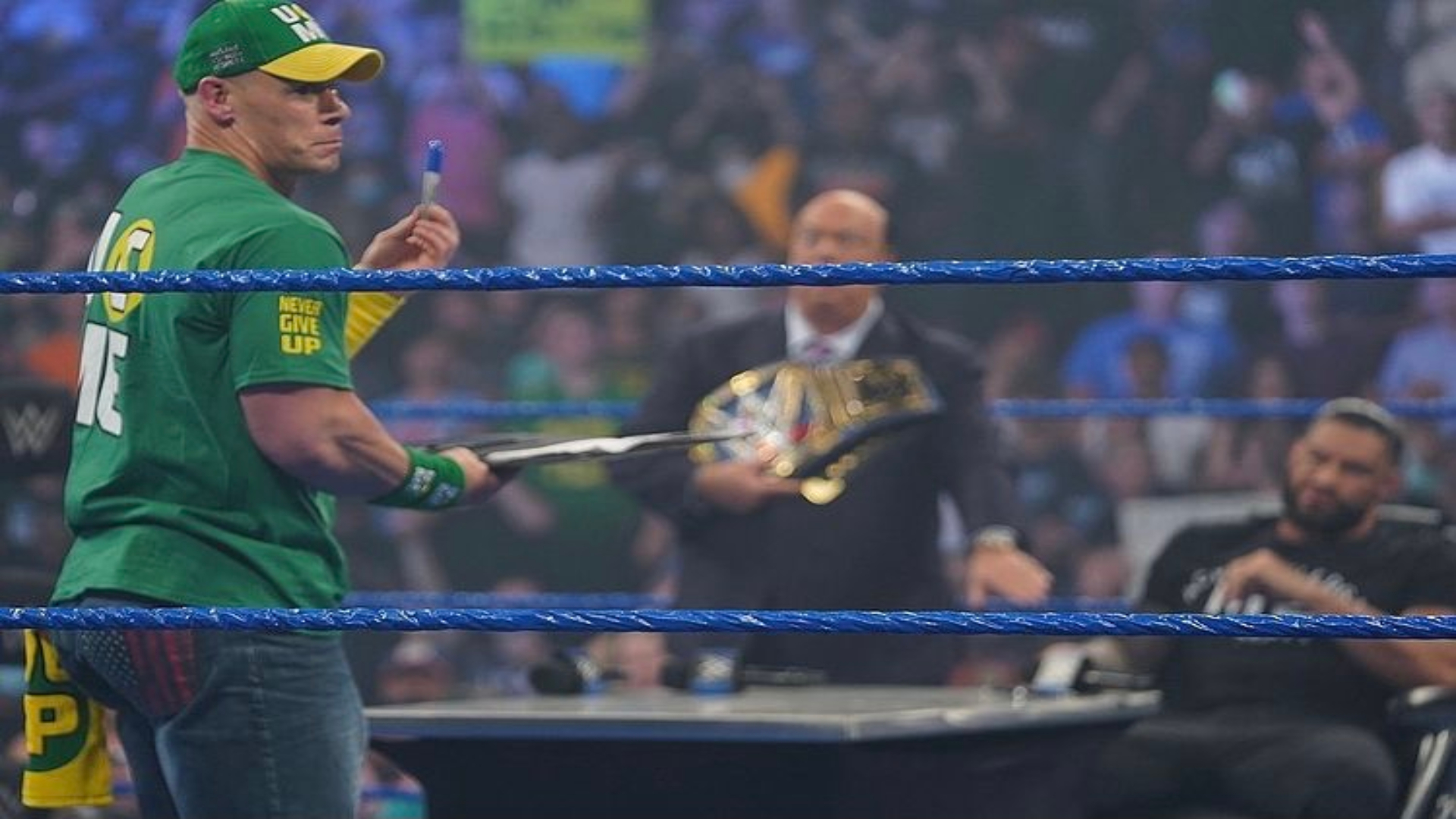 WWE held the 1145 of Friday Night SmackDown at the Target Center in Minneapolis, Minnesota, in whose show after Baron Corbin taked out Finn Bálor, John Cena taked the WWE Universal Championship contract out of his hands and becomes Roman Reigns’ opponent at SummerSlam.

In the Main Event, the WWE SmackDown Women’s Champion Bianca Belair & Sasha Banks defeated Carmella & Zelina Vega by submission with the Bank Statement from The Boss on Carmella in a Tag Team Match.

In the first match of the evening, Rey Mysterio defeated the WWE SmackDown Tag Team Champion Jimmy Uso by pinfall with a Crucifix Pin and a little help from Dominik Mysterio.