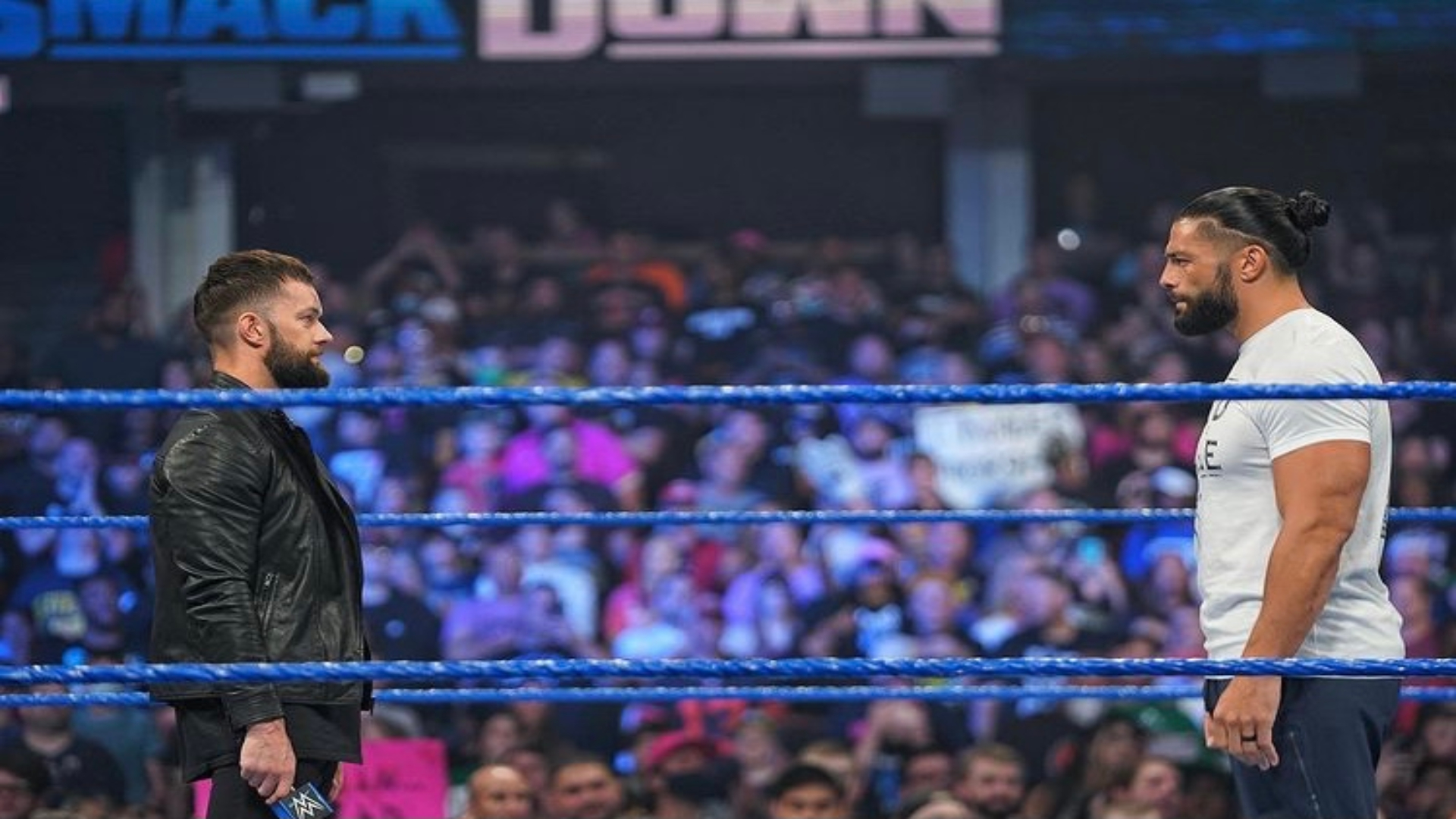 Finn Bálor is the next in the line for Roman Reings. (PHOTO: WWE)
WWE Event Review

WWE held the 1144 of Friday Night SmackDown at the Rocket Mortgage Fieldhouse in Cleveland, Ohio, in whose final segment of the show and after refusing to accept John Cena’s challenge for a WWE Universal Championship Match at SummerSlam, Roman Reigns accepts the challenge of Finn Bálor.

Jimmy Uso defeated Dominik Mysterio by pinfall with a rana pin and an assist from Jey Uso in a Single Match.

In her SmackDown ring debut, Toni Storm defeated Zelina Vega by pinfall with Storm One in a Single Match.

The show began with John Cena challenging Roman Regins to a Title Match at SummerSlam, but this was rejected by the WWE Universal Champion.

Atlanta Hawks star Trae Young announced that WWE will kick off 2022 in Atlanta with its first-ever pay-per-view event on New Yer Day’s.