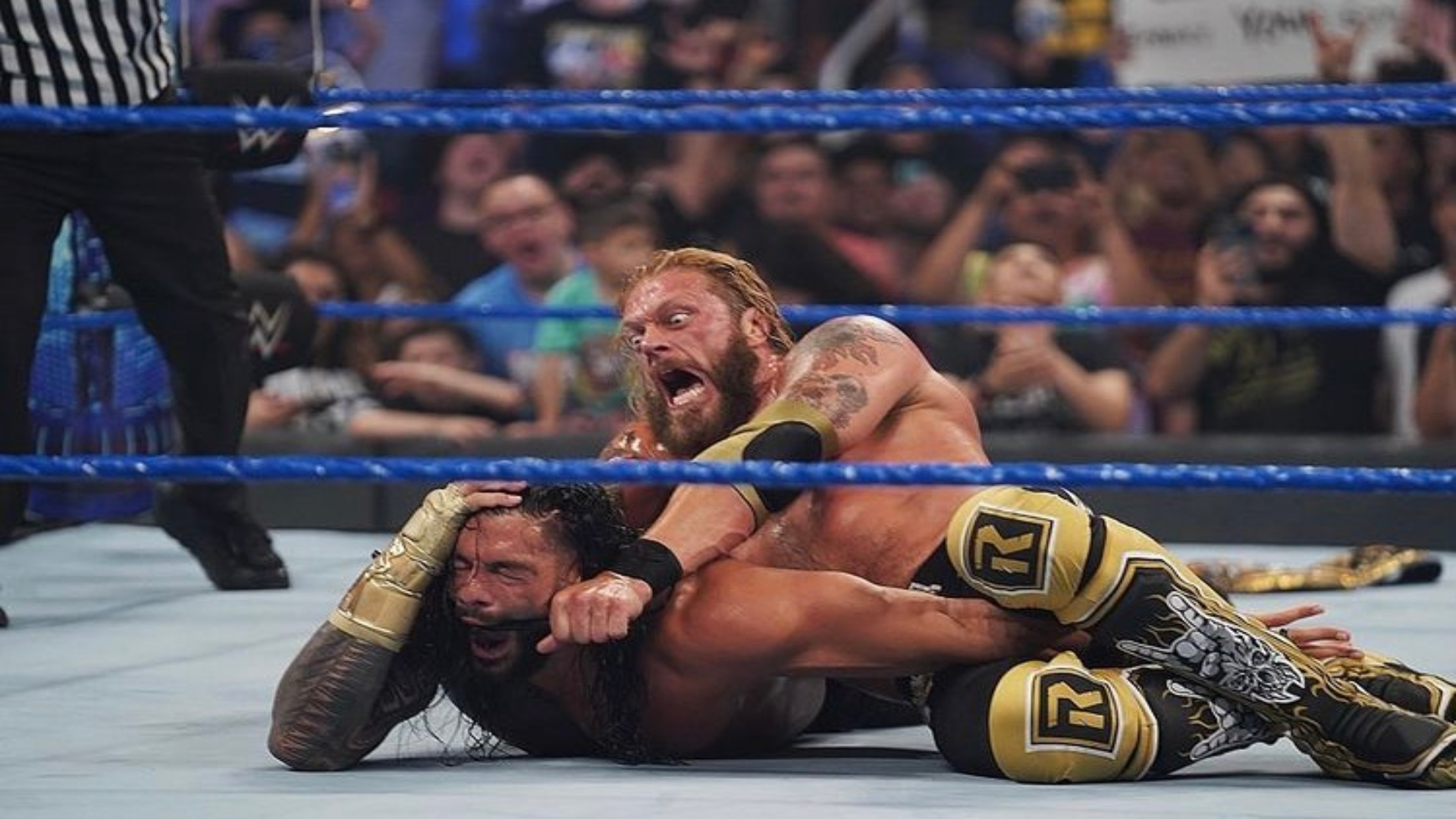 What will happen when Edge and Roman Reings meet at Money in the Bank. (PHOTO: WWE)
WWE Event Review

WWE held the 1143 of Friday Night SmackDown at the Toyota Center in Houston, Texas, in whose show WWE Champion Roman Reigns, Jey Uso & Jimmy Uso defeated Edge and the WWE SmackDown Tag Team Champions Rey Mysterio & Dominik Mysterio by pinfall with a schoolboy and a handful of tights from Jey Uso on Rey.

In the Main event, Seth Rollins defeated Big E, Kevin Owens and Shinsuke Nakamura by pinfall with Blackout into a ladder on Big E in a 4-Way Match.

Bianca Belair retained the WWE SmackDown Women’s Championship after beating Carmella by pinfall with the KOD in a Title Match.

This was the first Friday Night SmackDown with an audience since March 6, 2020 in Buffalo, New York.