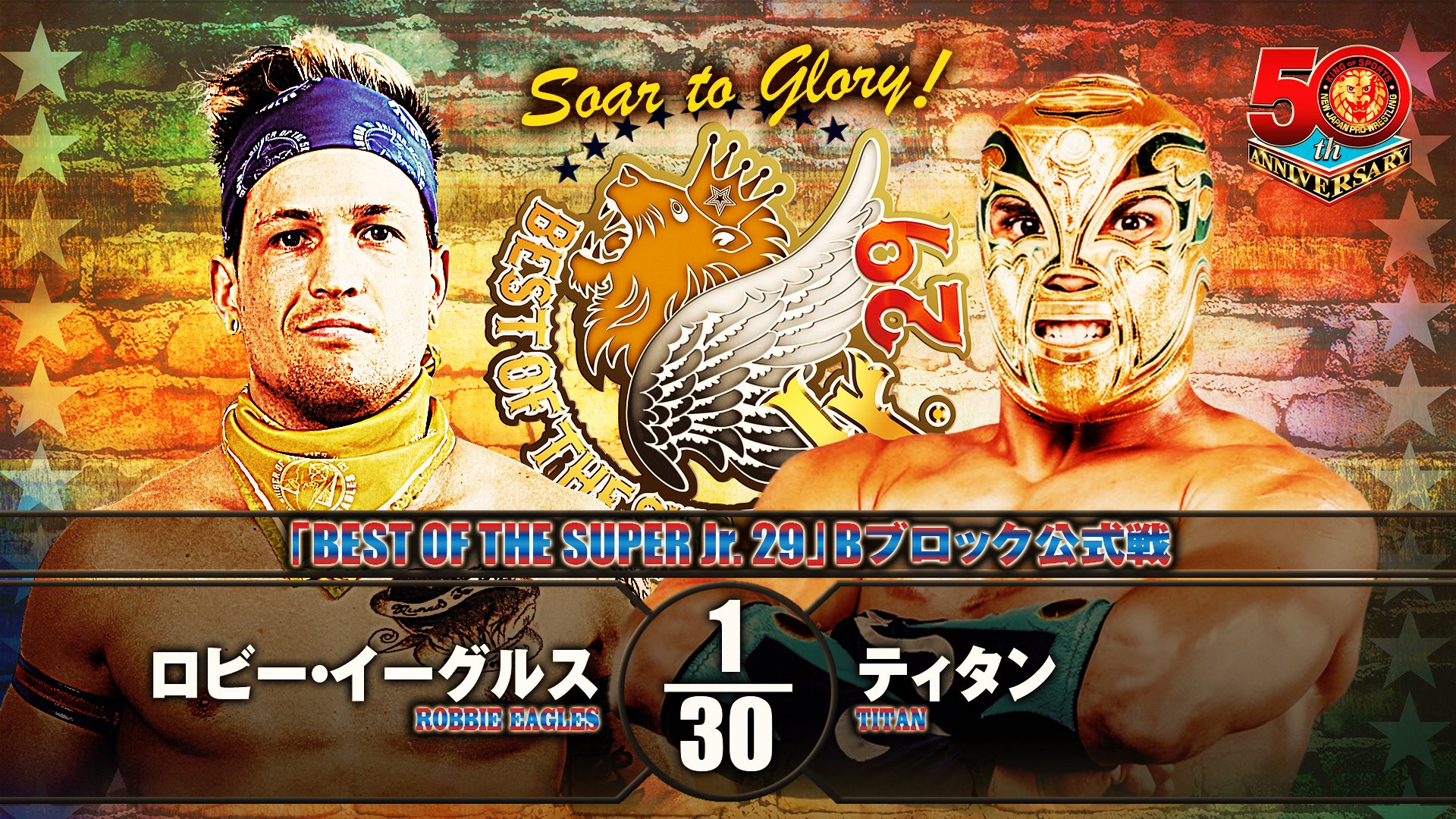 Titan gets his fourth victory in the NJPW tournament. (PHOTO: NJPW)
NJPW News

CMLL representative Titan defeated Robbie Eagles, thus ending his participation in the Best of Super Jr. 29, preventing the Australian wrestler from advancing to the grand final of the tournament.

Both brought out their best techniques, and when it seemed that Robbie Eagles would be the winner by trying to apply the Ron Miller Special, but Titan blocked into a pinfall and thus win the match.

Titan finished in ninth place in block B with 8 points, having four wins over TJ Perkins, BUSHI, Douki and Robbie Eagles.

Hiromu Takahashi and El Desperado finished as leaders of the tie with 12 points each, for which they will face in the final of the Best of Super Junior 29 at the Nippon Budokan in Tokyo.

Third win for Titan at Best of Super Junior 29