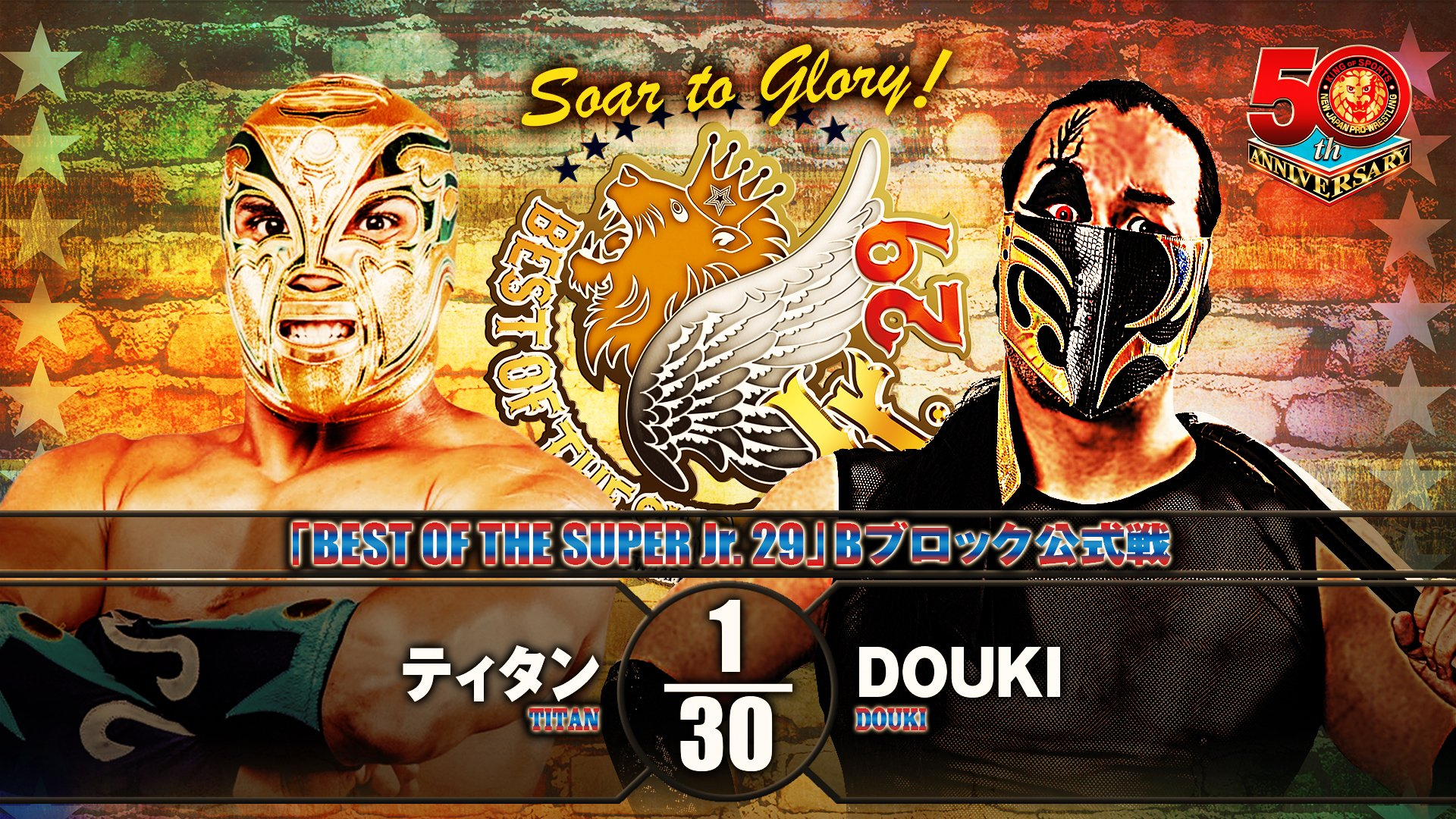 Third win for Titan at Best of Super Junior 29

Despite the fact that both are eliminated from the Best of Super Junior 29, it did not prevent Titan and Douki from offering a good match, in which the CMLL representative got the victory in search of a better position in the classification.

For this match, Titan showed off his high-flying moves to reduce his rival, but Douki tried to punish him at all times. Douki tried a move from one of the cornerbacks but Titan avoided it and responded with a Springboard Double Stomp to win the match.

After this result, BUSHI is in 6th place in the standings with 6 points, while Titan is in eighth place with  6 points. Titan‘s next opponent in the tournament will be Robbie Eagles, who is in second place after beating and tying El Desperado on points.

Titan defeats BUSHI in the Best of Super Junior 29