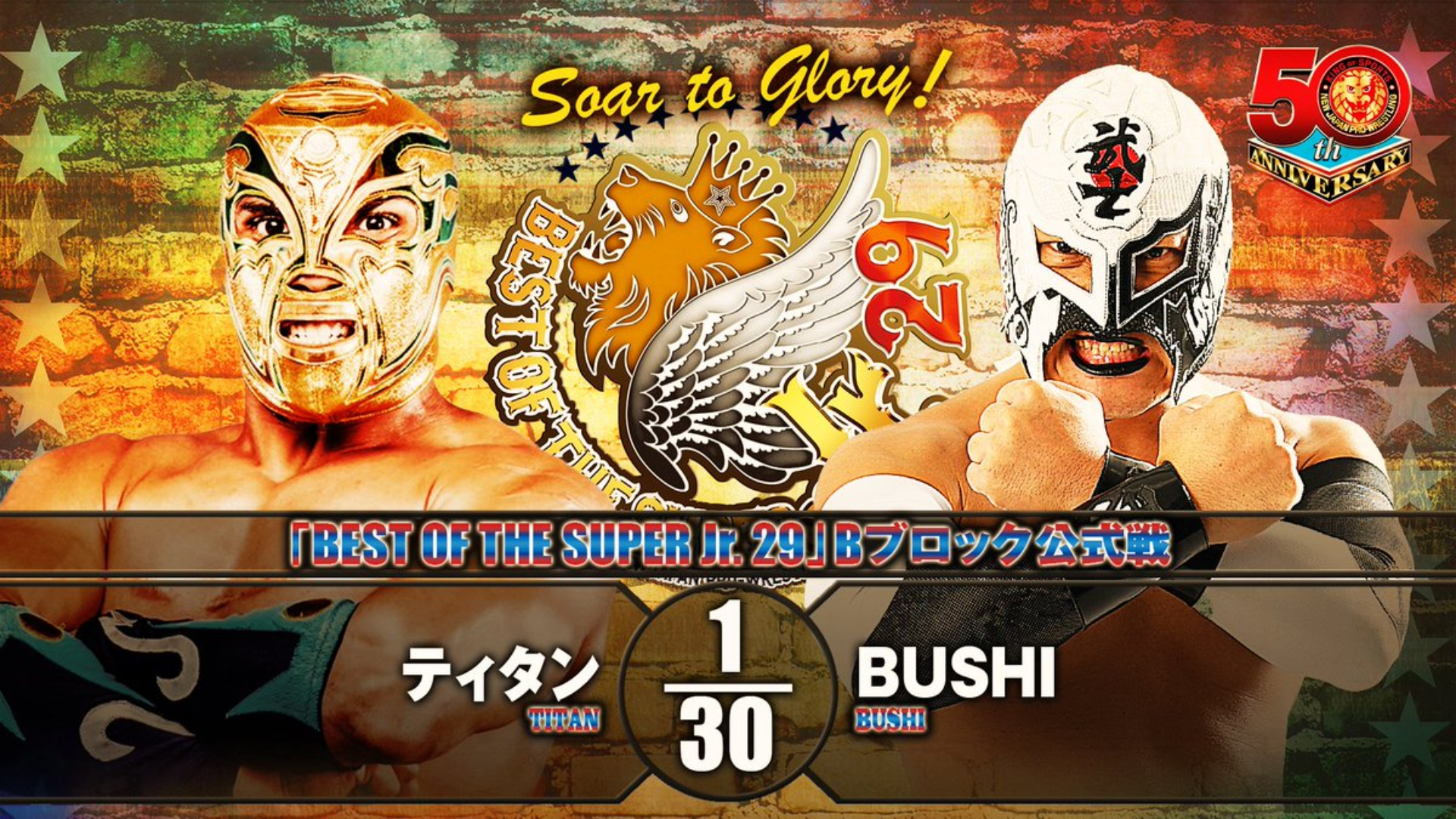 Titan gets his second victory in the NJPW tournament. (PHOTO: NJPW)
NJPW

Titan defeats BUSHI in the Best of Super Junior 29

CMLL representative Titan got his second victory at Best of Super Jr. 29 after beating BUSHI, in a match corresponding to tag 10 of the tournament taking place at Makuhari Messe International Conference Hall 3 in Chiba, Japan.

Despite already being eliminated, Titan was spectacular and was not intimidated by his rival. Titan got victory after applying a Springboard Double Stomp, with this defeat BUSHI complicates his aspirations in the tournament.

After this result, BUSHI is in 6th place in the standings with 6 points, while Titan is in last place with 4 points. Titan‘s next opponent in the tournament will be DOUKI, who comes from losing with El Desperado.

Master Wato defeats Titan in the Best of Super Jr. 29