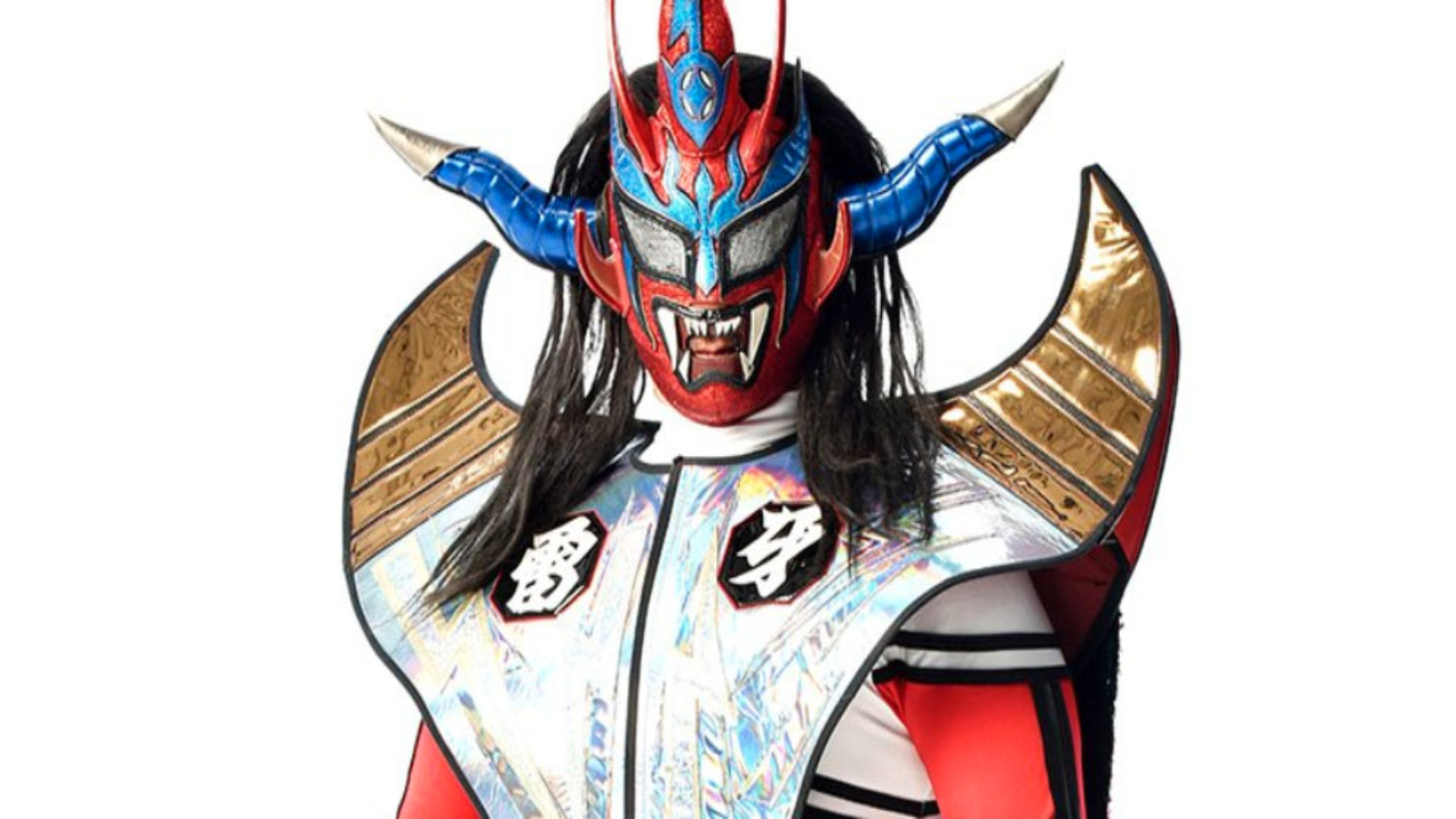 Jushin "Thunder" Liger, one of the most iconic masks in wrestling. (PHOTO: NJPW)
Lizzy Flanagan NJPW 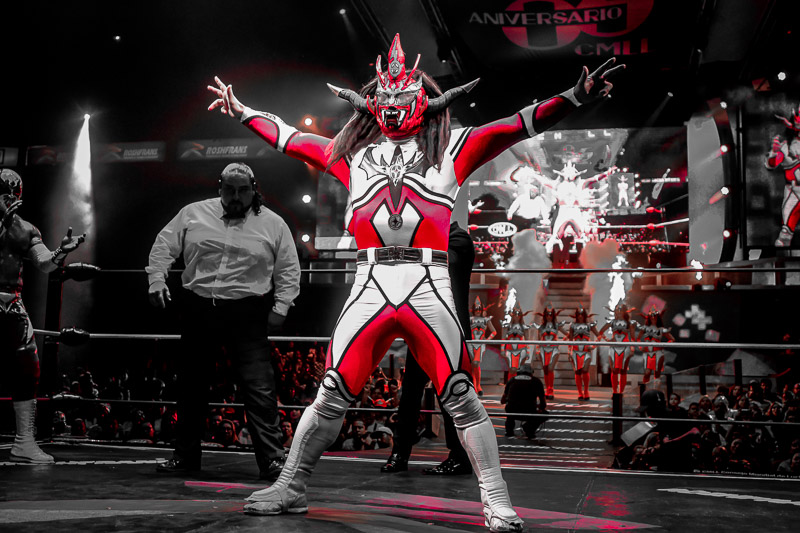 Many Mexican luchadores drew inspiration for their characters from popular action movies at the time, such as Octagon based his persona on the Chuck Norris film, The Octagon. Similarly, the man behind the mask of Jushin “Thunder” Liger found his character (and name) from a popular anime and manga series. 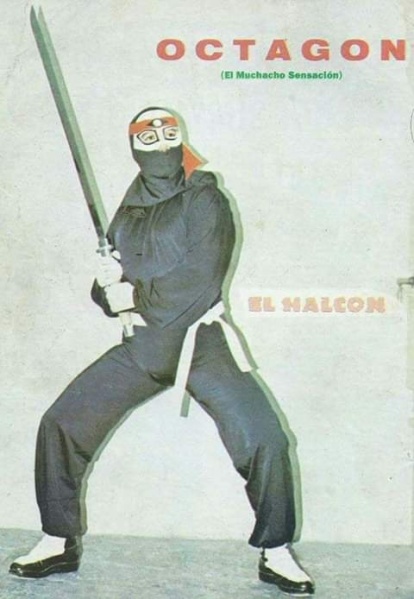 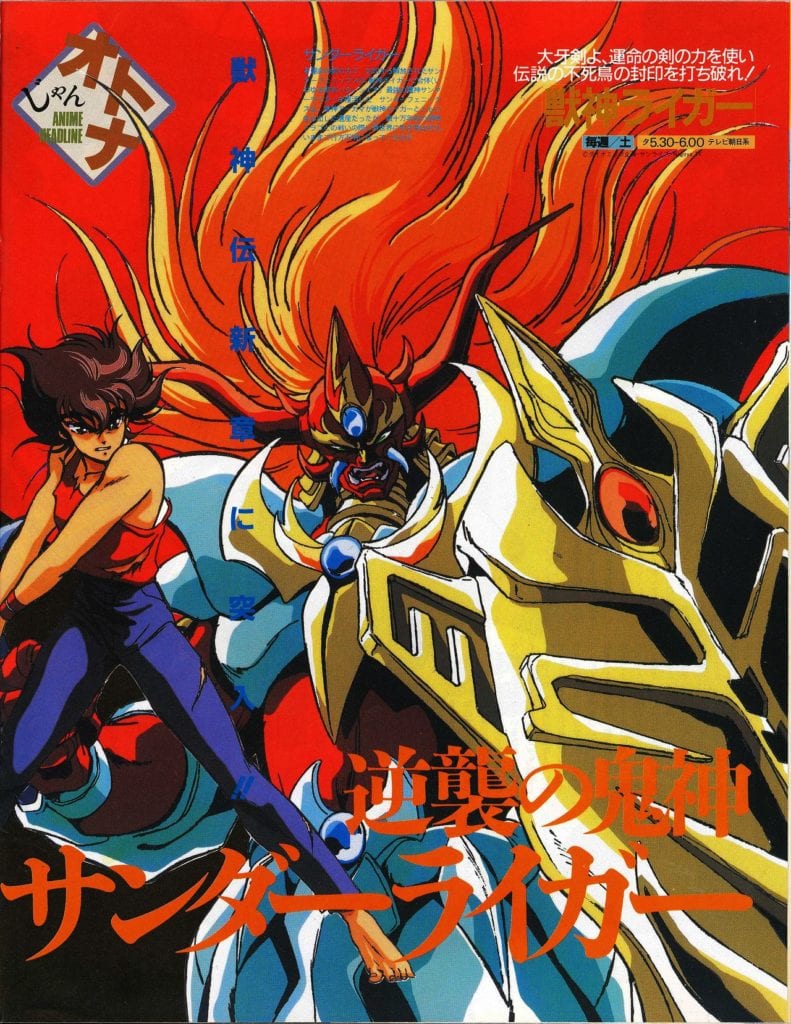 Jushin Liger’s outfit and mask are essentially the design of the deity Liger, shrunken down and adjusted to be wearable wrestling gear. The most prominent features of both are the horns on the side of Liger’s head, the long hair, the blue jewel placed in the center of the forehead, and the long fangs. 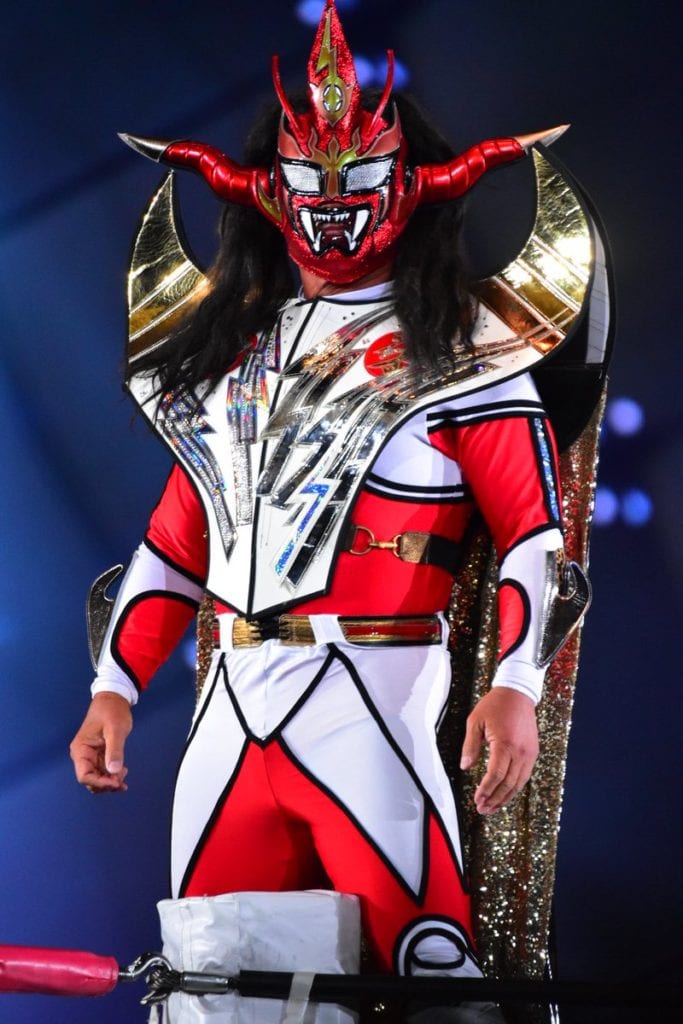 When Jushin Liger’s design is translated into wrestling gear, it doesn’t make for a particularly intimidating style. However, the look is incredibly memorable. It’s nearly impossible to mistake Liger for another luchador, on account of how distinct his appearance is. From a marketing standpoint, his uniqueness is particularly advantageous. An additional marketing benefit was Liger being a kids’ show hero come to life, as fans of the show would love to see their icon personified in a “real-life” fight. Liger’s appearance could also make fans who’ve never seen the anime fans of him, much like how AEW’s Luchasaurus is a favorite for child fans of the show. 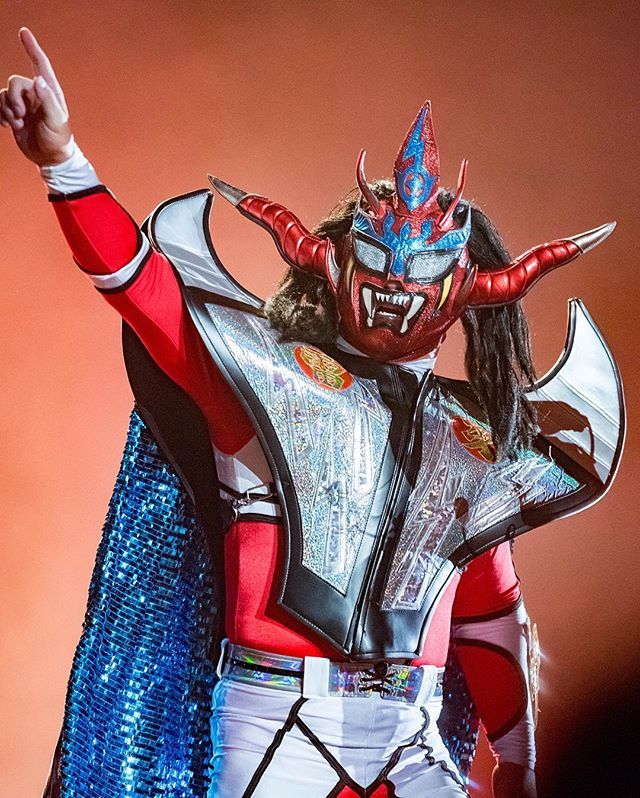 Jushin “Thunder” Liger is part of a group of luchadores in the 80s and 90s who had a very distinct design to their masks. Besides Liger, the UWA based team of Los Cadetes del Espacio is a testament to this Power Rangers-esque character design. 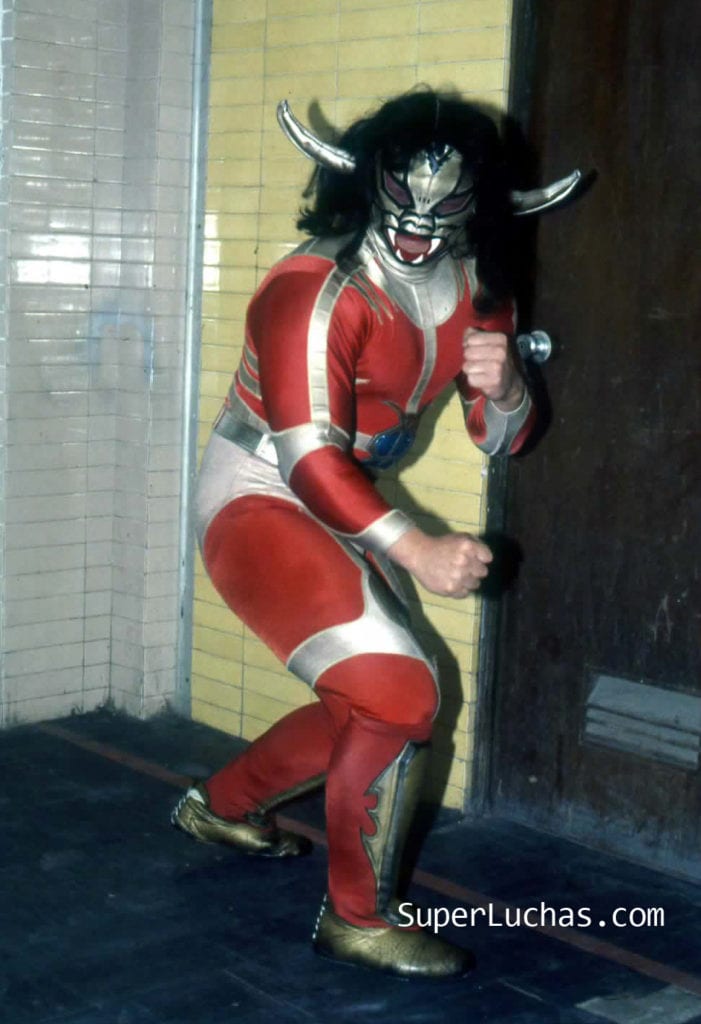 Jushin Liger isn’t just influential for his appearance, though. Even implying that would be an insult to his legacy. Liger’s star power elevated NJPW’s Jr. division, similarly to how Rey Mysterio helped garner attention to the cruiserweights in the US. 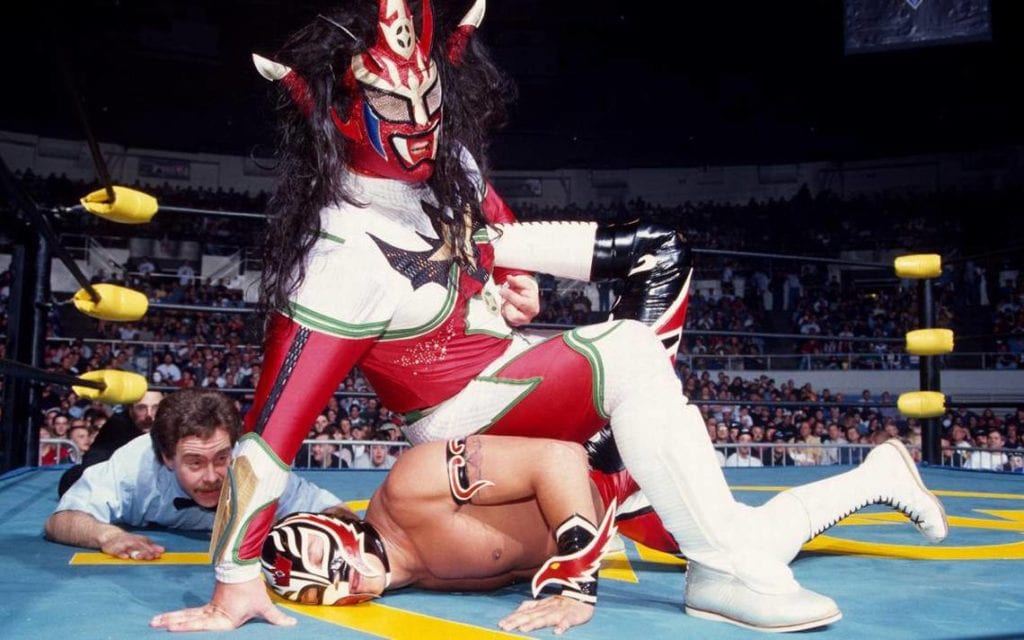 Much of Liger’s move set has been adapted and taken on by countless wrestlers today. The most famous move innovated by Jushin Liger is undoubtedly the shooting star press, used today by wrestlers like Matt Sydal and Kota Ibushi, among many others. 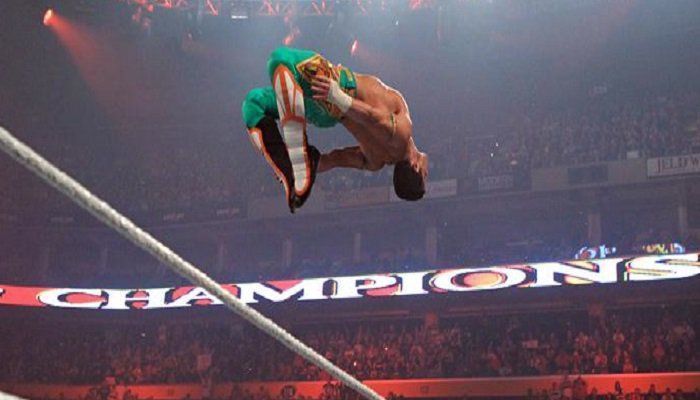 2021’s Wrestle Kingdom will mark one year since the retirement of Jushin Liger. Though he no longer performs in the ring, Liger’s influence will continue to be felt in the global wrestling world for years to come, both because of his iconic look, and his incredible talent. 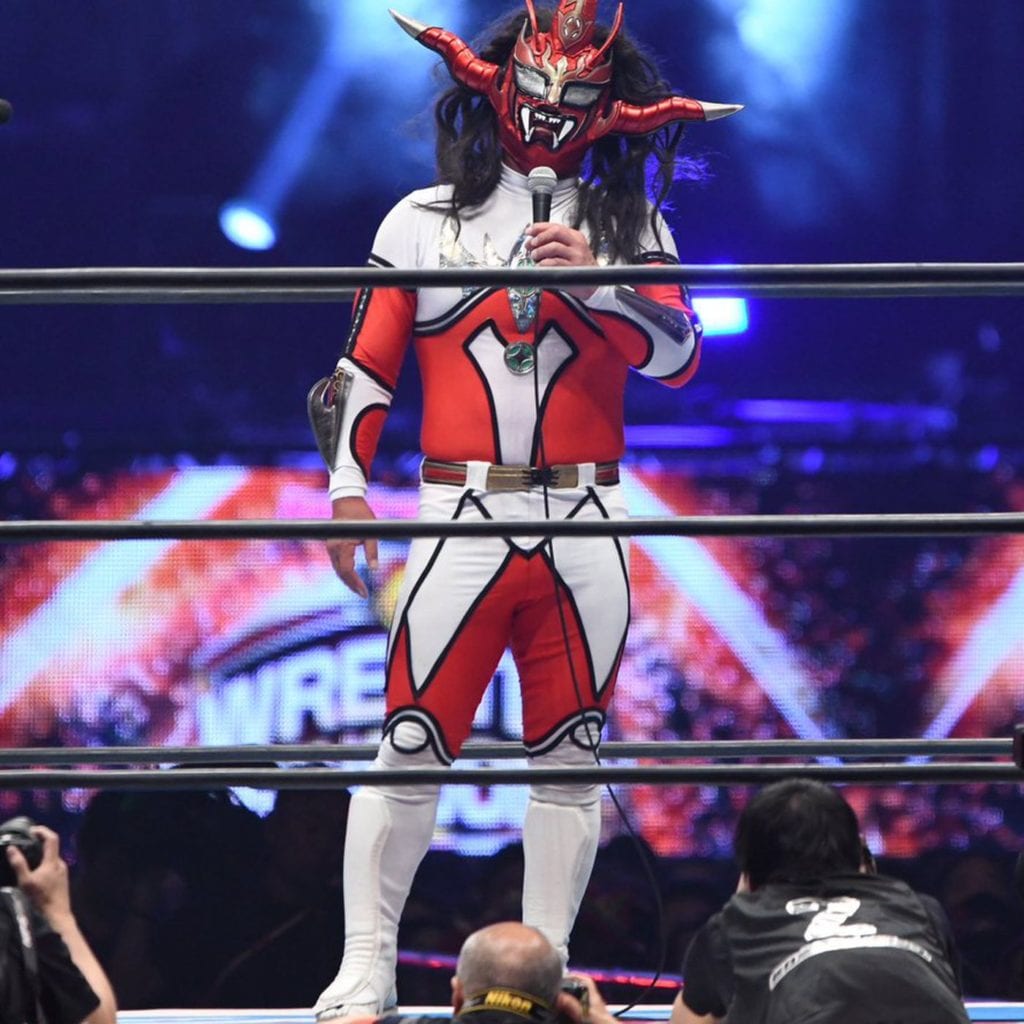