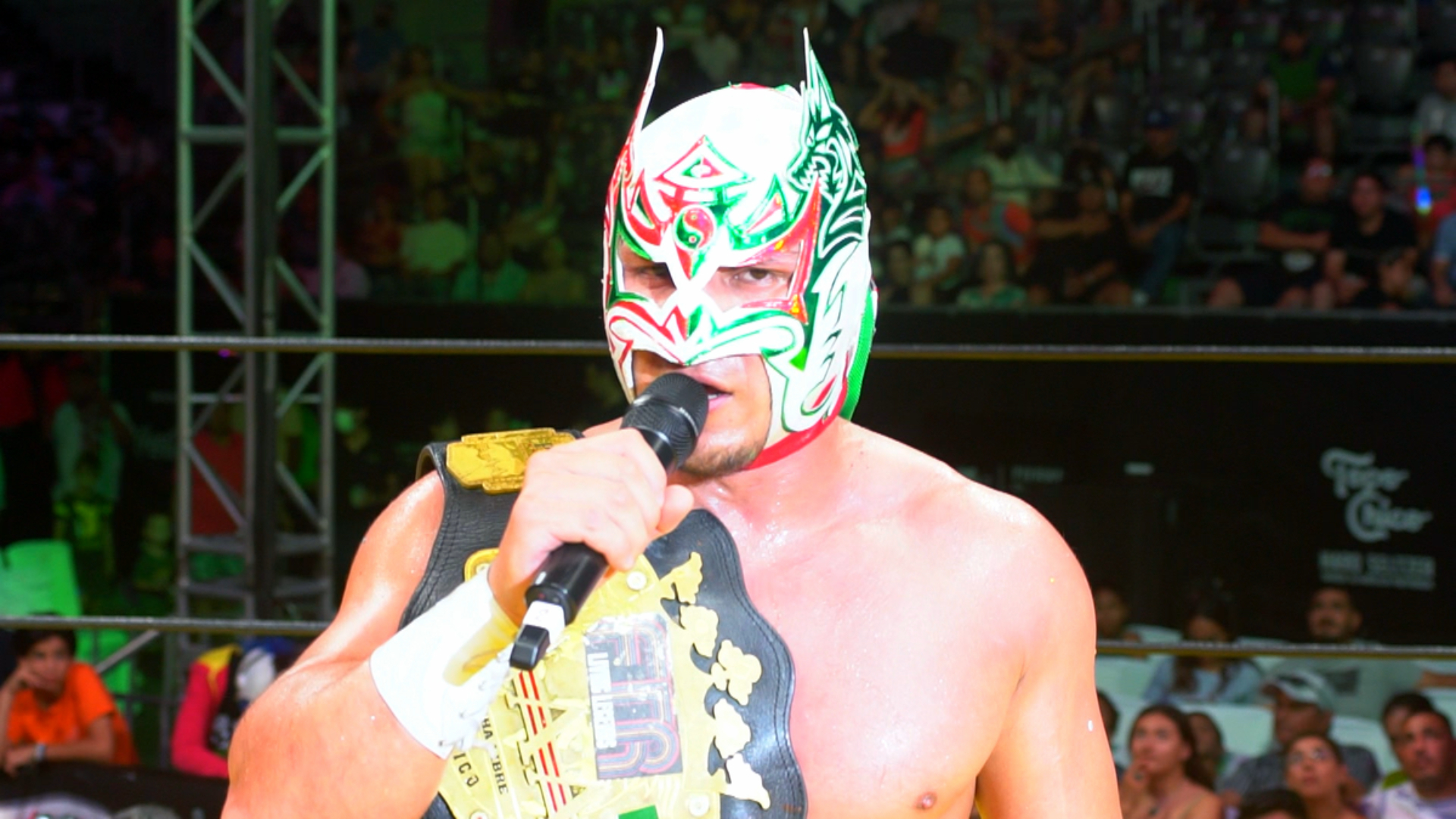 The Lucha Libre Agency™ is proud to formally announce that second generation lucha libre superstar Dragon Lee has signed exclusively with World Wrestling Entertainment and will debut in 2023 on their NXT brand.

Accolades turned to championships and in 2015 Lee won Mexico‘s CMLL World Lightweight Championship.  Multiple championship reigns in CMLL along with Japan‘s New Japan Pro Wrestling and U.S. based Ring of Honor would follow.  In November of 2019, Lee joined Mexico‘s Lucha Libre AAA where he would challenge for their version of a world title, the Megacampeonato.  Earlier this year, Lee and his brother Dralisitco, would become the number one contenders for the Lucha Libre AAA Tag Team Championships. And, last night, they defeated FTR to win the titles.

Throughout the years, Lee‘s popularity has crossed over into the mainstream media in Mexico as well.  In 2018, the youngest brother of the Muñoz lucha libre dynasty (his brothers Rush and Dralistico currently wrestle for Lucha Libre AAA in Mexico and All Elite Wrestling in the U.S.) was one of the celebrity participants on the hit sports reality series Exatlon.

Lee and his family will relocate to Orlando, FL as part of the deal.

The Lucha Libre Agency negotiated WWE agreement contains unique terms which will allow Lee to continue with his contracted Legends of Lucha Libre® officially licensed products from parent company Masked Republic® as well to continue with entertainment projects including starring in the forthcoming middle-grade book series from Future House Publishing in which he and his brothers are monster fighting luchadores.