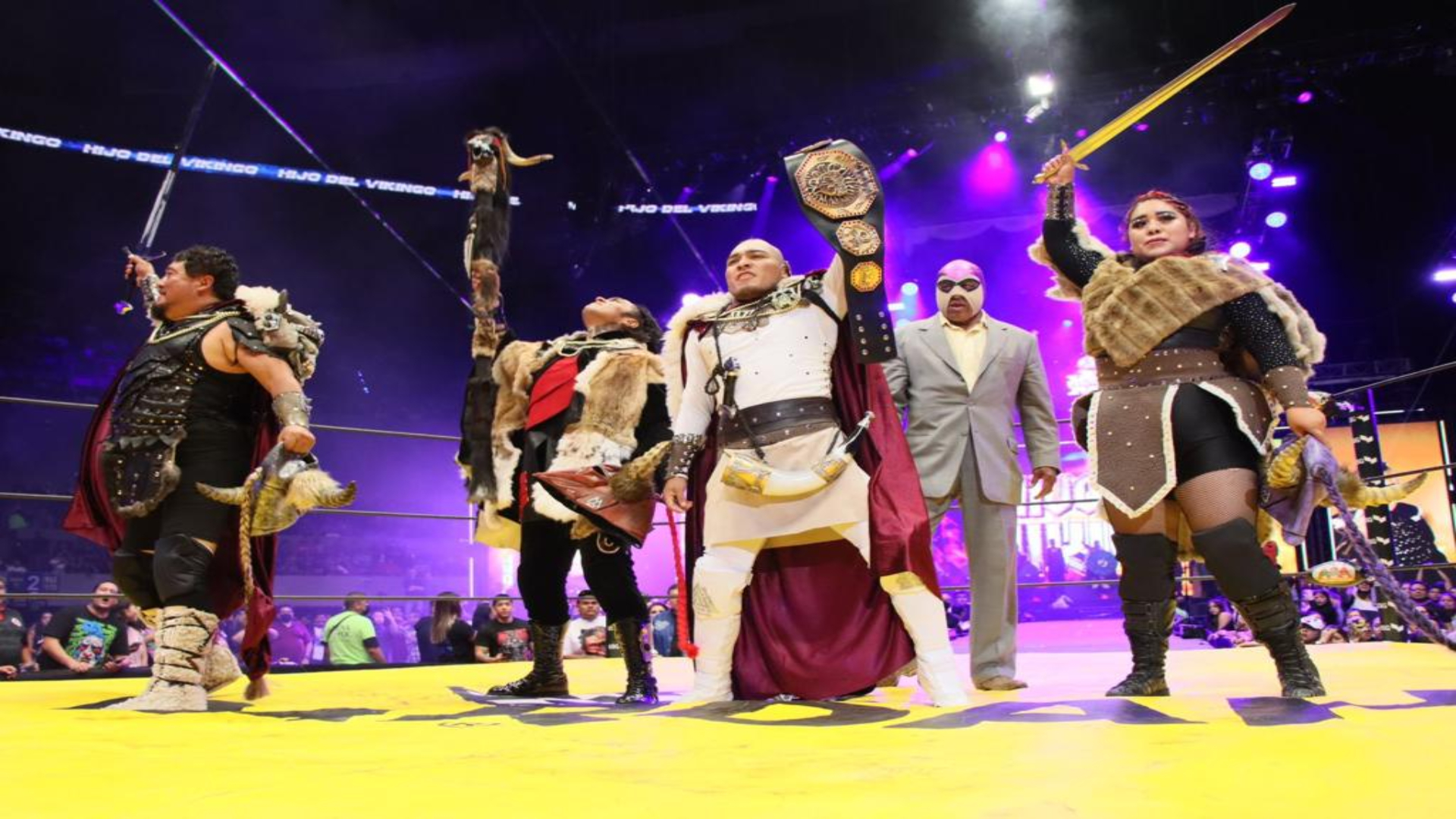 Hijo del Vikingo has a U.S. visa and our own Lucha Libre Agency will be managing all of his bookings worldwide outside of Mexico for Lucha Libre AAA!
Masked Republic News

Hot off of an Lucha Libre AAA Megacampeonato title defense at this past Saturday’s Triplemania XXX pay-per-view from Mexico City, the most in-demand luchador on the planet, El Hijo del Vikingo, has set his sights on conquering the United States as well. This news comes as Lucha Libre AAA, the world’s most popular lucha libre brand, prepares to return to the U.S. market themselves for their first official arena event in three years on Saturday, December 3 at the Mullett Arena in Tempe, AZ. The champion had been announced for this singular U.S. event previously, and now fans in select markets may be able to see the most buzzed about luchador live in person in the year to come.

After coordinating U.S. work visas for more than 100 luchadores, Masked Republic’s Lucha Libre Agency in conjunction with Phantom Twin Entertainment (DEFY Wrestling) worked alongside Vikingo and Lucha Libre AAA to secure one for the 25-year-old sensation.

“As Masked Republic has continued to fulfill our mission of expanding lucha libre beyond the borders of Mexico and has worked to coordinate work visas for talent from 40 year veterans to the hottest young luchadores today, there is one name who has been requested more than any other by promoters in the U.S.  That luchador is El Hijo del Vikingo.” said Masked Republic founder and CEO Ruben Zamora. “The Lucha Libre AAA champion is a generational talent and has the ability to not only satisfy today’s fans, but much like the legendary Rey Mysterio, to open a whole new generation’s eyes to the awesomeness of lucha libre”.

Dorian Roldán, General Director of Lucha Libre AAA added, “While we run more than 200 events per year in Mexico and there is demand for Vikingo on all of them, we know that fans all around the world have been waiting to be able to see such a phenomenal talent live all over the world. This is why, in coordination with Masked Republic’s Lucha Libre Agency, he will be able to be booked for very select dates globally after his debut in the U.S. on December 3 at our event in Arizona. There is no international company who understands the lucha libre market outside of Mexico like Masked Republic so we see this as an incredible partnership opportunity for Lucha Libre AAA and our luchadores”.

As part of the agreement between Lucha Libre AAA and Masked Republic, all booking inquiries for Vikingo outside of Mexico will be managed through The Lucha Libre Agency (online at luchalibre.agency). The Agency will work directly with Lucha Libre AAA to clear dates, coordinate travel and oversee payments.