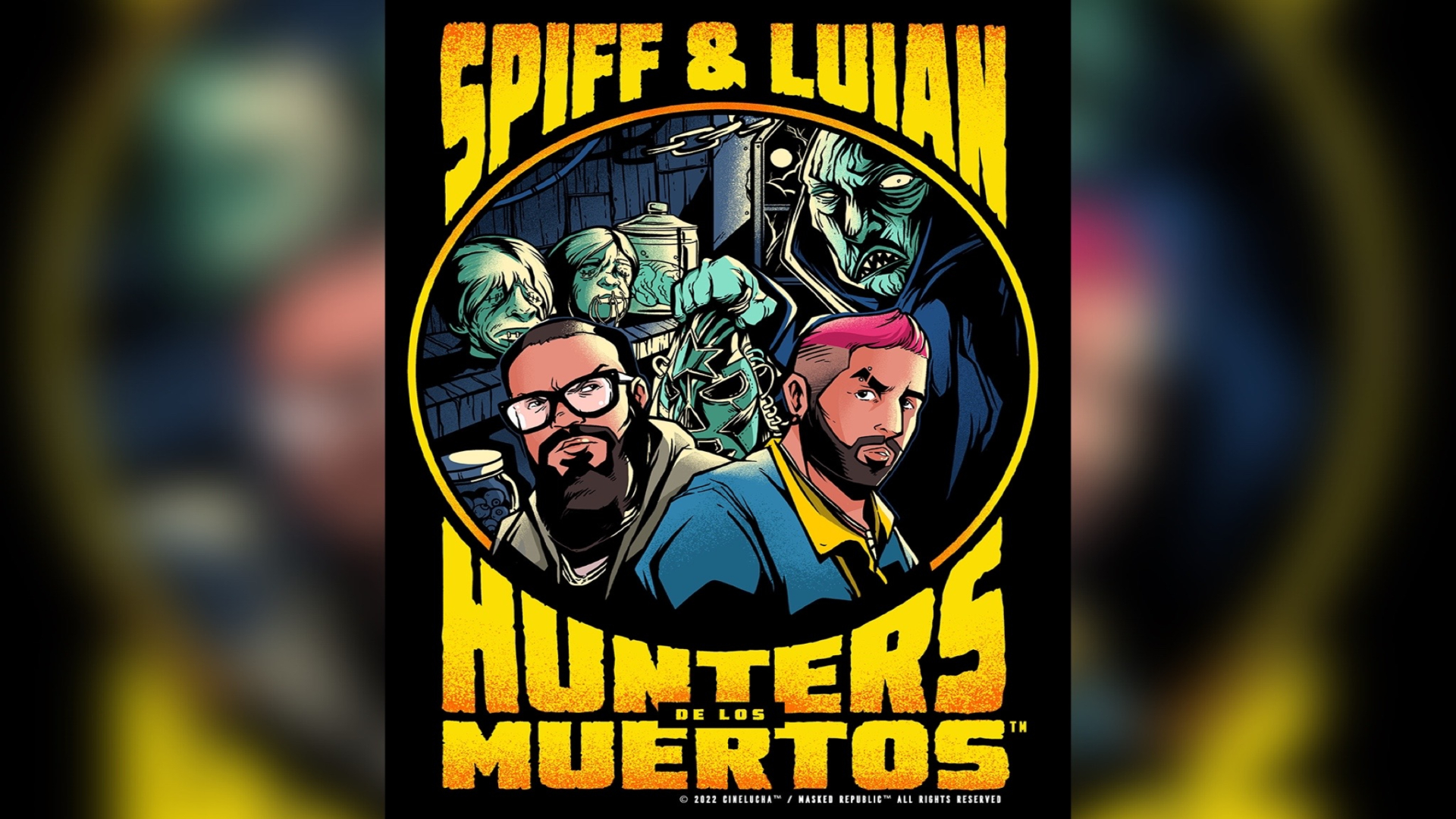 Earlier this summer at San Diego Comic Con, Masked Republic revealed the new Cinelucha transmedia universe taking modern day lucha libre superstars into classic lucha film inspired adventures across print, screens and tabletops. Now, the company has revealed that it is not only lucha stars themselves who will be stepping into horror, fantasy and sci-fi sagas.

“Lucha libre and lucha films are not only beloved in Mexico, where the sport is declared intangible cultural heritage, but throughout the globe – whether because of a connection among Hispanic heritages or simply embraced as part of pop culture”, Masked Republic founder and CEO Ruben Zamora said. “When we looked to launch the Cinelucha universe, we wanted to be able to bring fandom from across the globe into it, and that includes non-luchador celebrities as well”.

The first to step into the world- Latin music megaproducers Carlos “Spiff TV” Suarez and DJ Luian. When Spiff is not producing videos for industry heavyweights the likes of Bad Bunny and Anuel AA or Luian not making music for the likes of J. Balvin and Daddy Yankee, the duo are known for their love of lucha libre and pro wrestling. From collaborations with WWE and AEW licensees to incorporating the legendary Rey Mysterio into music videos, the duo has their fingers on the pulse of both industries. And now, they will form a new alliance as they step into the pages of the Cinelucha universe as the “Hunters de los Muertos” teaming up to solve a classic lucha film style horror-mystery.

“I’m a big fan of comics and wrestling and the vintage El Santo movies and, I love what Masked Republic has done with their Luchaverse and other entertainment properties. It’s gonna be fun to see what we cook up”, Spiff said.

DJ Luian added, “I have always liked comics, from Marvel to Kevin Smith so with Spiff and Masked Republic we will do something super interesting. I know you will love it!”

“The Cinelucha universe is unlike anything the lucha libre industry has seen before”, Masked Republic President & COO Kevin Kleinrock stated. “Natively transmedia, we are simultaneously developing the world in print, across screens and in officially licensed products including tabletop, RPG and action figure playsets.  So, while today we are excited to announce Spiff and Luian will be off on their first adventure soon, fans across the world will soon be able to join them and help dictate the fate of the adventure. Will they make the same choices Spiff and Luian made in the comic or choose their own paths? Will they team with them or aim to do battle against them?  We are just now about to scratch the surface of what will be possible for lucha libre, Spiff and Luian’s global fandoms”.

And fandoms they have!  Between the two, Spiff and Luain have over 10 million social media followers and the latter is averaging more than 10 million monthly listeners on Spotify after racking up 8 billion views on YouTube for his Hear This Music label channel. Meanwhile, lucha libre is beloved worldwide with its greatest fan bases outside of Mexico found in the U.S., Latin America, Japan and throughout Europe.