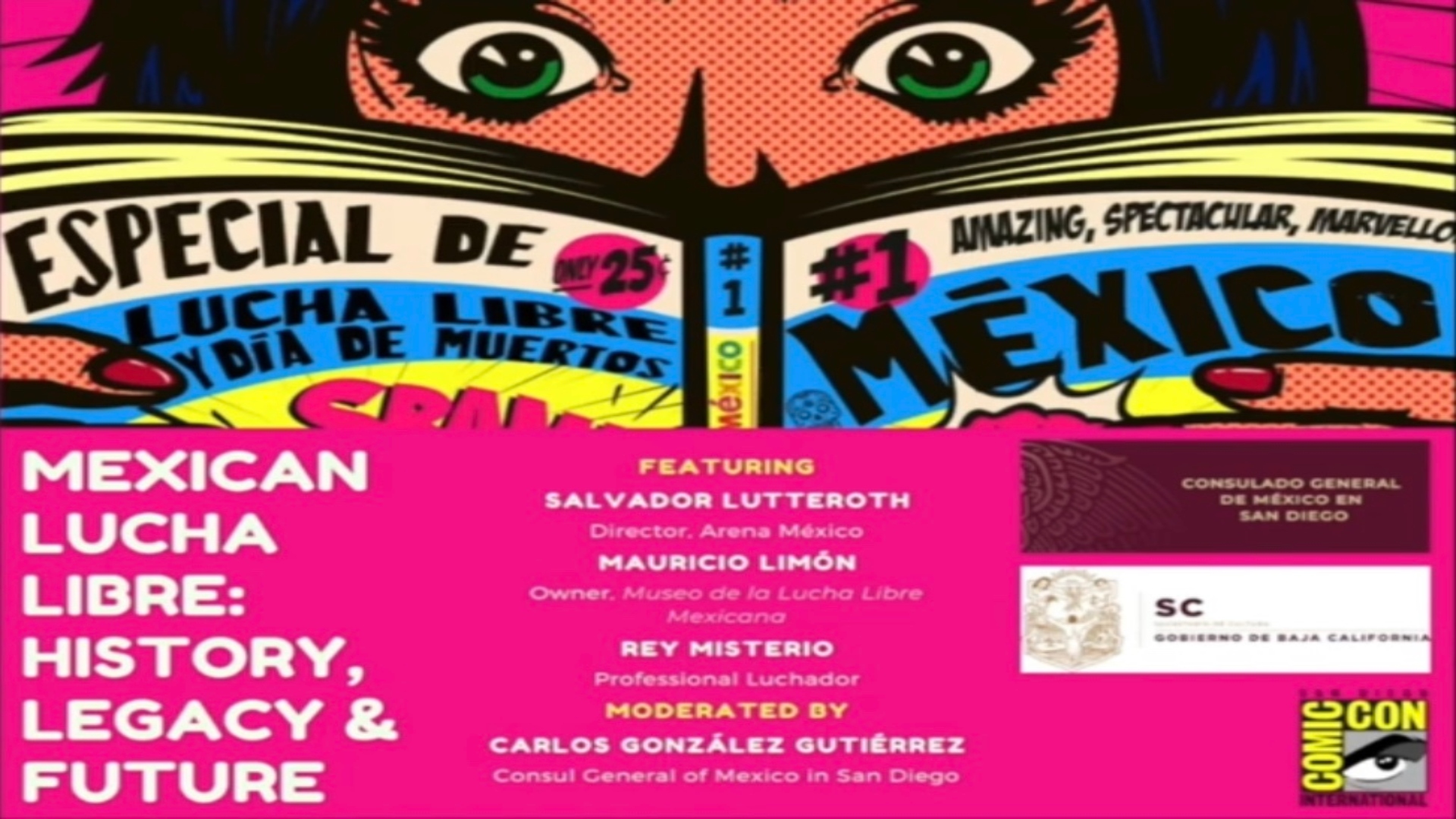 Learn more about the history, living legacy, and future of Mexican Lucha Libre, a wrestling style, famous for its dramatic and colorful display of masks and characters. Lucha Libre has a rich history that traces back to the XX century when the sport was initially introduced in Mexico. Since that time, Lucha Libre has inspired many manifestations, having a huge impact in Mexican popular culture and beyond, including films, comics, cartoons, television programs, toys, etc. Panelists will analyze its most iconic moments, as well as the role of Lucha Libre in Mexican culture, its current situation, and its future as a traditional sport in Mexico. The panel, organized and coordinated by the Consulate General of Mexico and the Secretariat of Culture of Baja California, is also sponsored by Mexico Got Me, an organization with the mission of promoting abroad the best of Mexican talent, innovation, creativity, culture, traditions, gastronomy, entrepreneurship, and tourism. We have the mission to connect the friends of Mexico through digital channels, but also establishing “Casa México” in international events and festivals such as Comic-Con.

Participants: Carlos González Gutiérrez, Consul General of Mexico in San Diego, moderator of the panel. Rey Misterio, professional luchador, and Lucha Libre champion, with a successful career of 40 years. Salvador Lutteroth Lomelí, CMLL CEO, Mauricio Limón, director and owner of the Mexican Museum of Lucha Libre (MULLM) in Tijuana, the only institution of its kind with a collection of almost seven thousand objects related to all aspects of the sport.