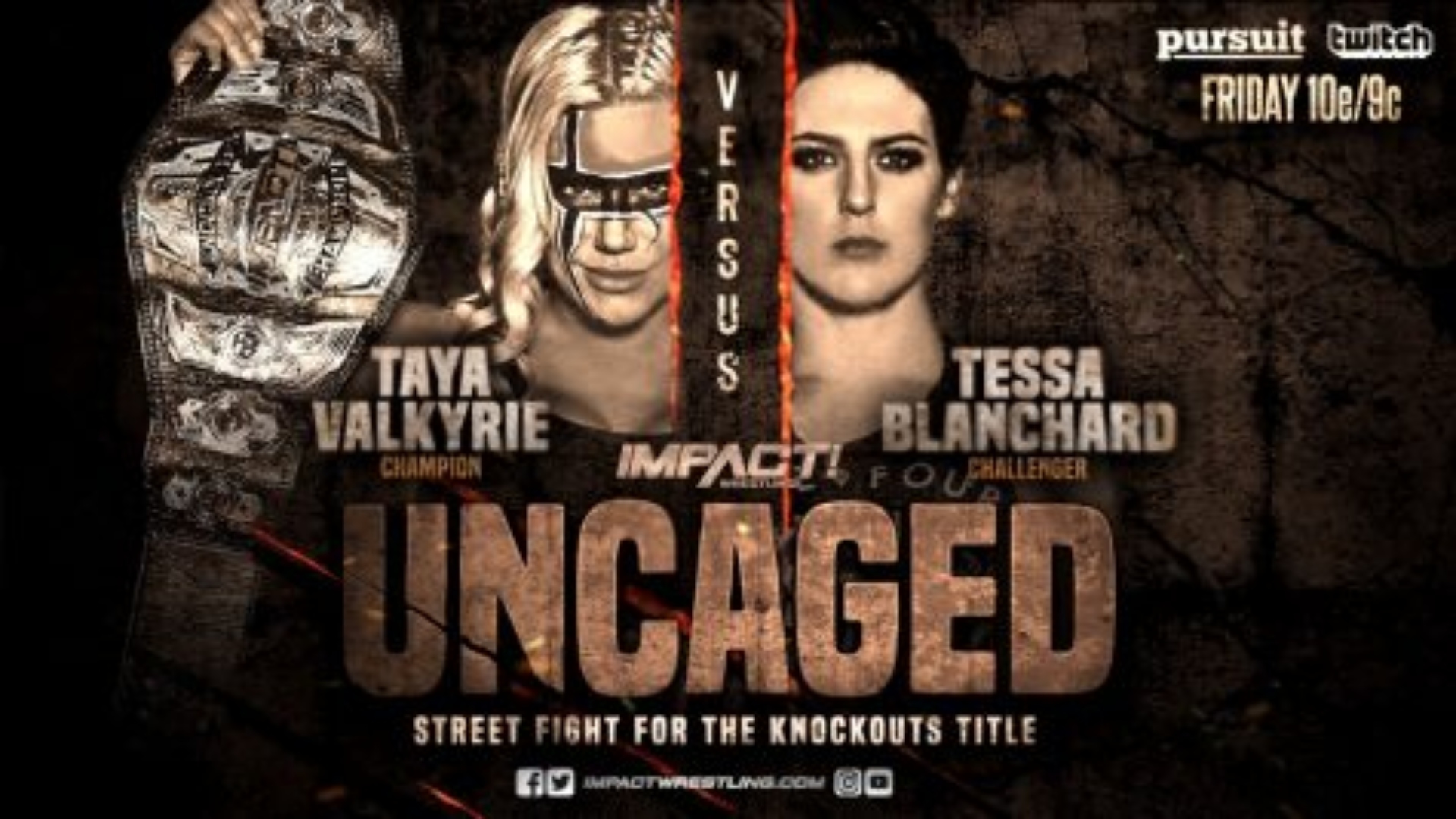 Match of the Day: Taya Valkyrie Vs. Tessa Blanchard (2019)

On January 12, 2019, IMPACT Wrestling held the TV tapings of Uncaged (IMPACT Episode 761) at the Fronton Mexico in Mexico City, in whose show the Legends of Lucha Libre superstar Taya Valkyrie retained the IMPACT Wrestling Knockouts Championship after beating Tessa Blanchard in a Street Fight.