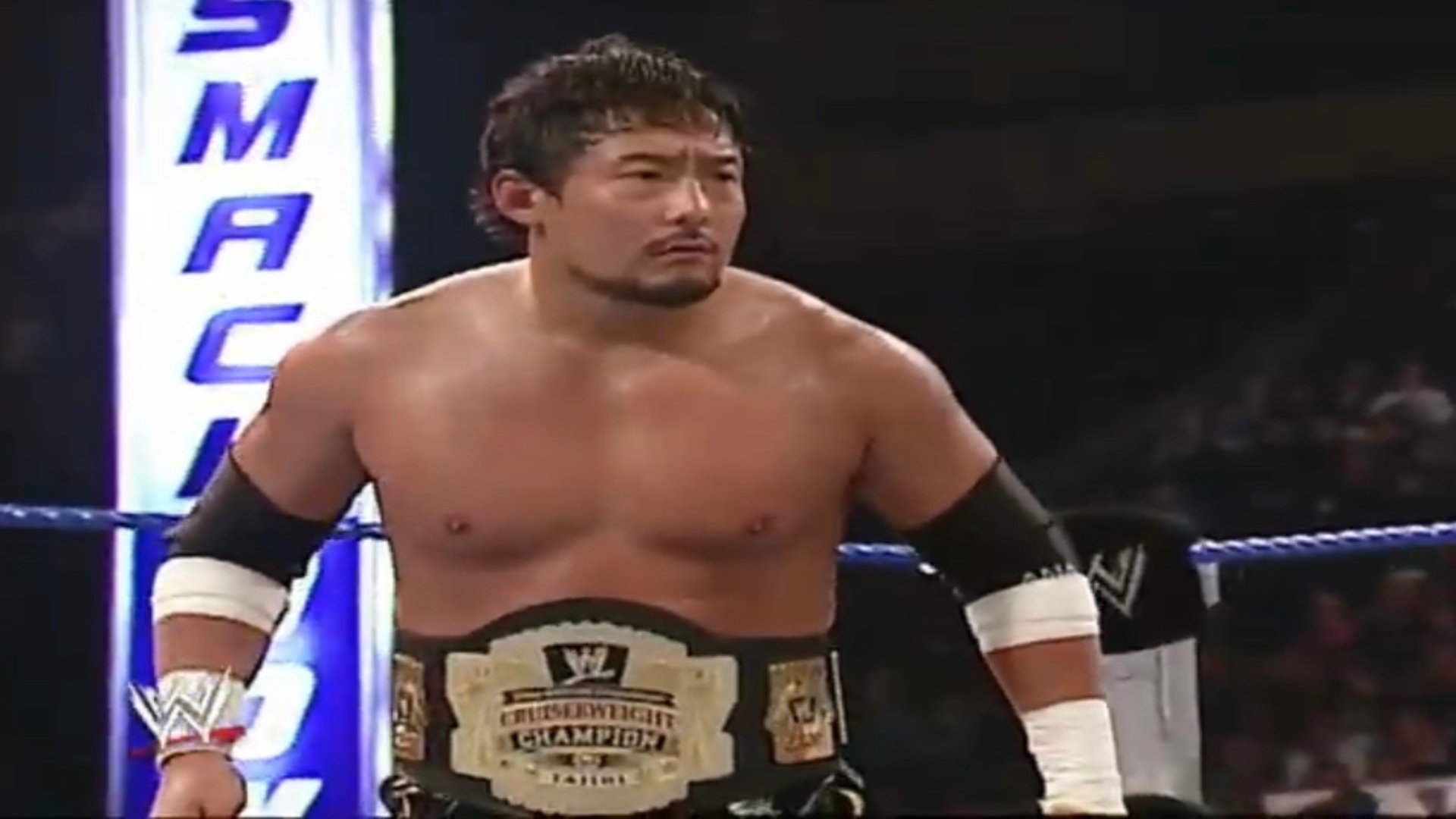 On October 7, 2003, WWE held the TV taping of the episode 216 of SmackDown at the Hartford Civic Center in Hartford, Connecticut, in whose show the WWE Cruiserweight Champion Tajiri faced the Legends of Lucha Libre superstar Ultimo Dragon in a Single Match. In this match, Rey Mysterio was at the commentators table as a special guest