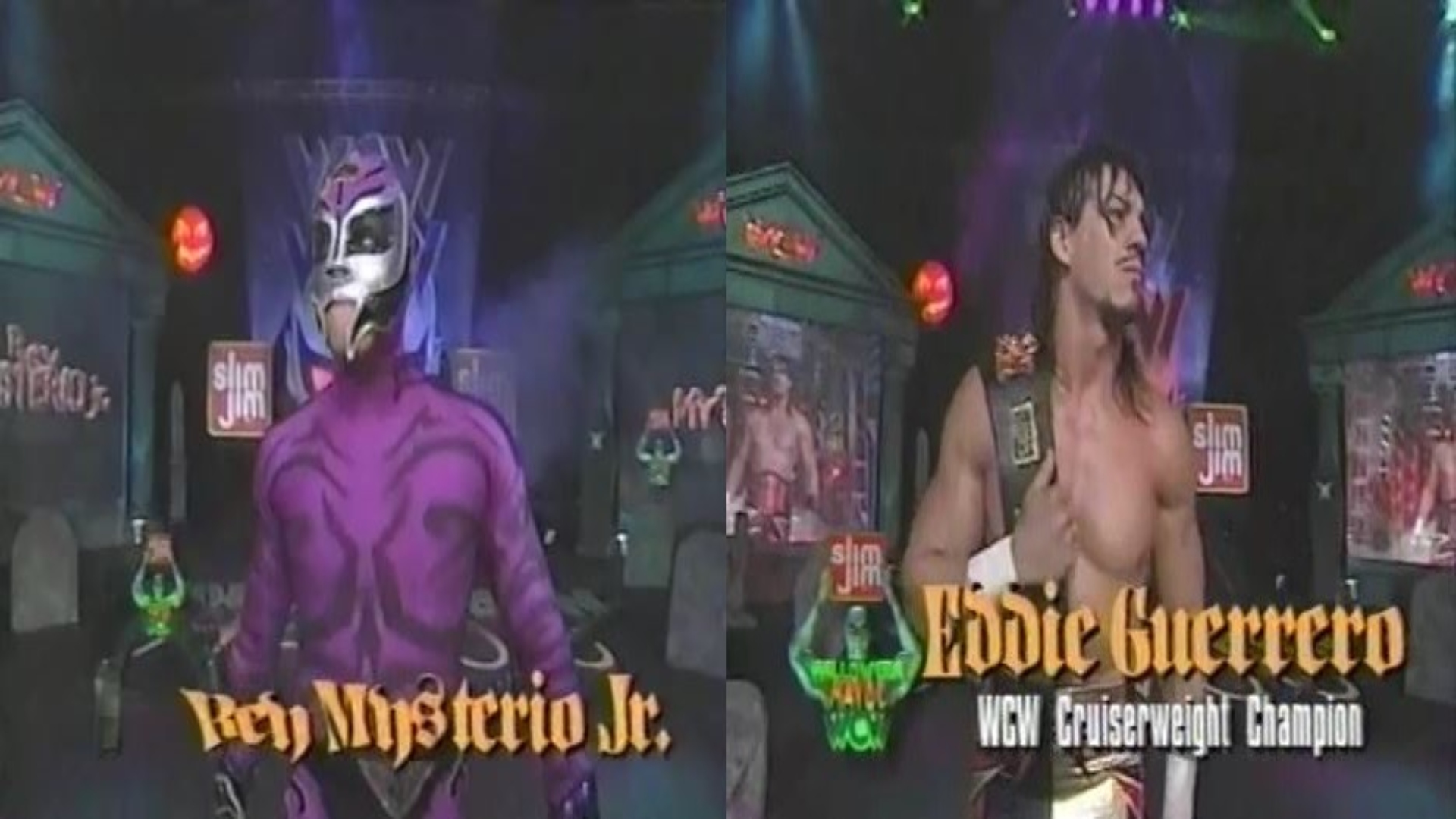 This match between Eddie Guerrero and Rey Mysterio is considered one of the best in WCW history. (PHOTO: WWE)
WWE Video

On October 26, 1997, WCW held the 9th edition of the Halloween Havoc PPV at the MGM Grand Garden Arena in Las Vegas, Nevada, in whose show Rey Mysterio won the WCW Cruiserweight Championship for the second-time in his career after beating Eddie Guerrero in a Title Vs. Mask Match.