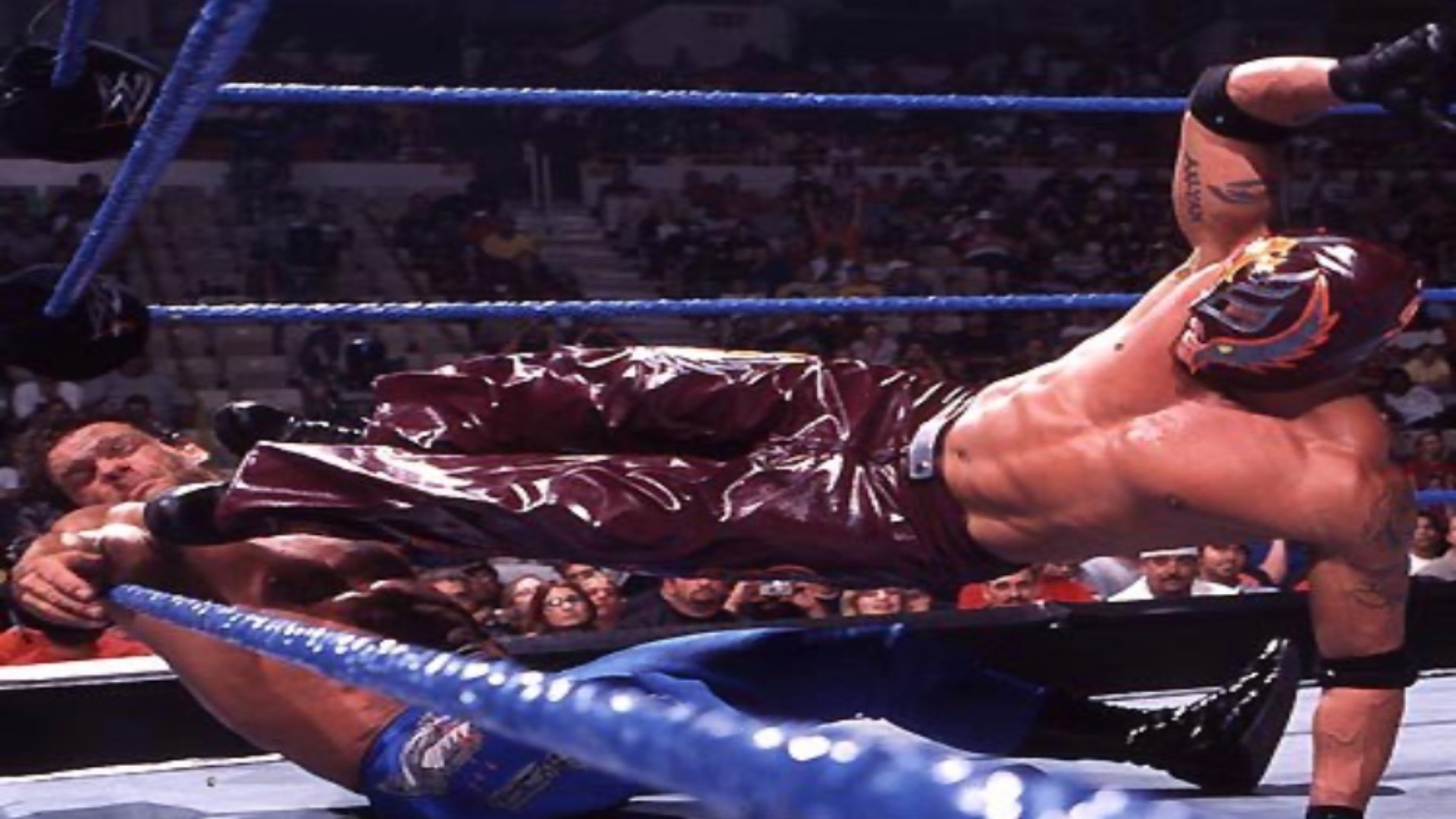 Spectacular match between the Master of the 619 and The Rabid Wolverine. (PHOTO: WWE)
WWE Video

On October 1, 2002, WWE held the TV tapings of the episode 164 of SmackDown! at the Cajundome in Lafayette, Louisiana, in whose Main Event, Rey Mysterio faced Chris Benoit in a Single Match.

RELATED NOTE: Match of the Day: Daga Vs. Australian Suicide (2016)