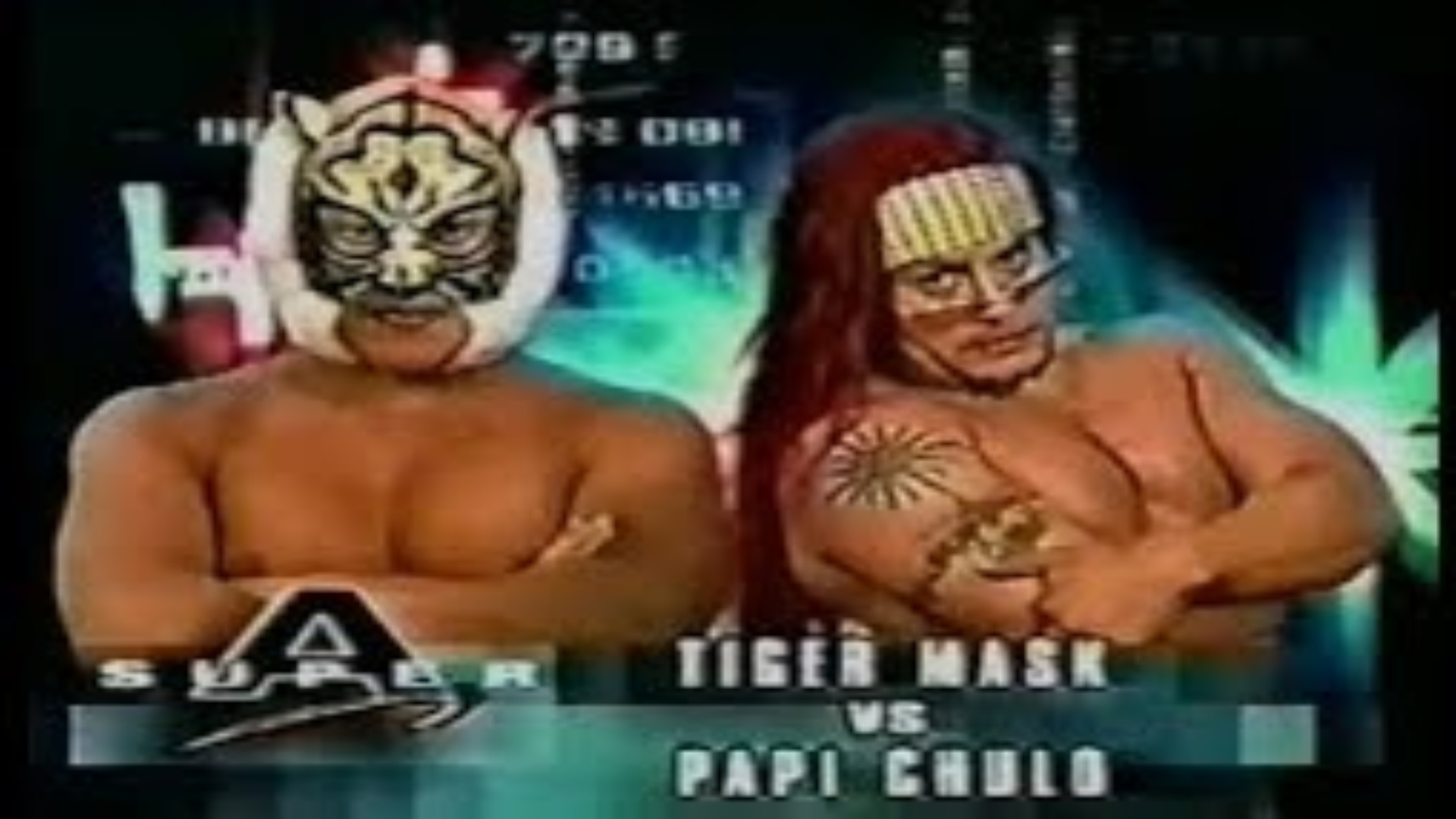 On May 25, 1999, WWF (Today known as WWE) held the TV tapings of the episode 28 of SuperAstros at the Mark Of The Quad in Moline, Illinois, in whose show Essa Rios (Mr. Aguila) faced Tiger Mask IV in a Single Match.