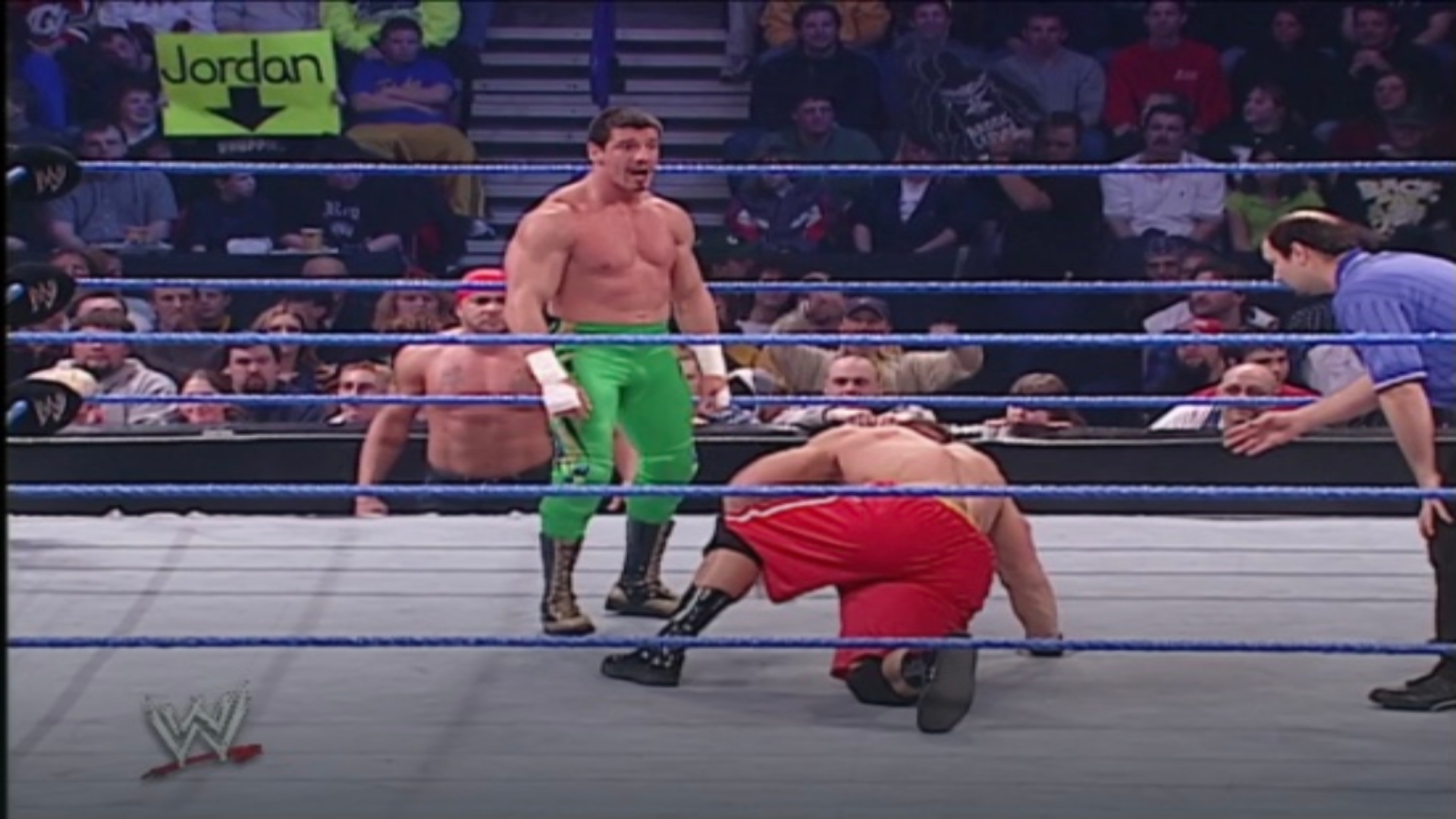 On January 28, 2003, WWE held the TV tapings of the episode 181 of SmackDown! at the Resch Center in Green Bay, Wisconsin, in whose show Eddie Guerrero faced John Cena in a Single Match.