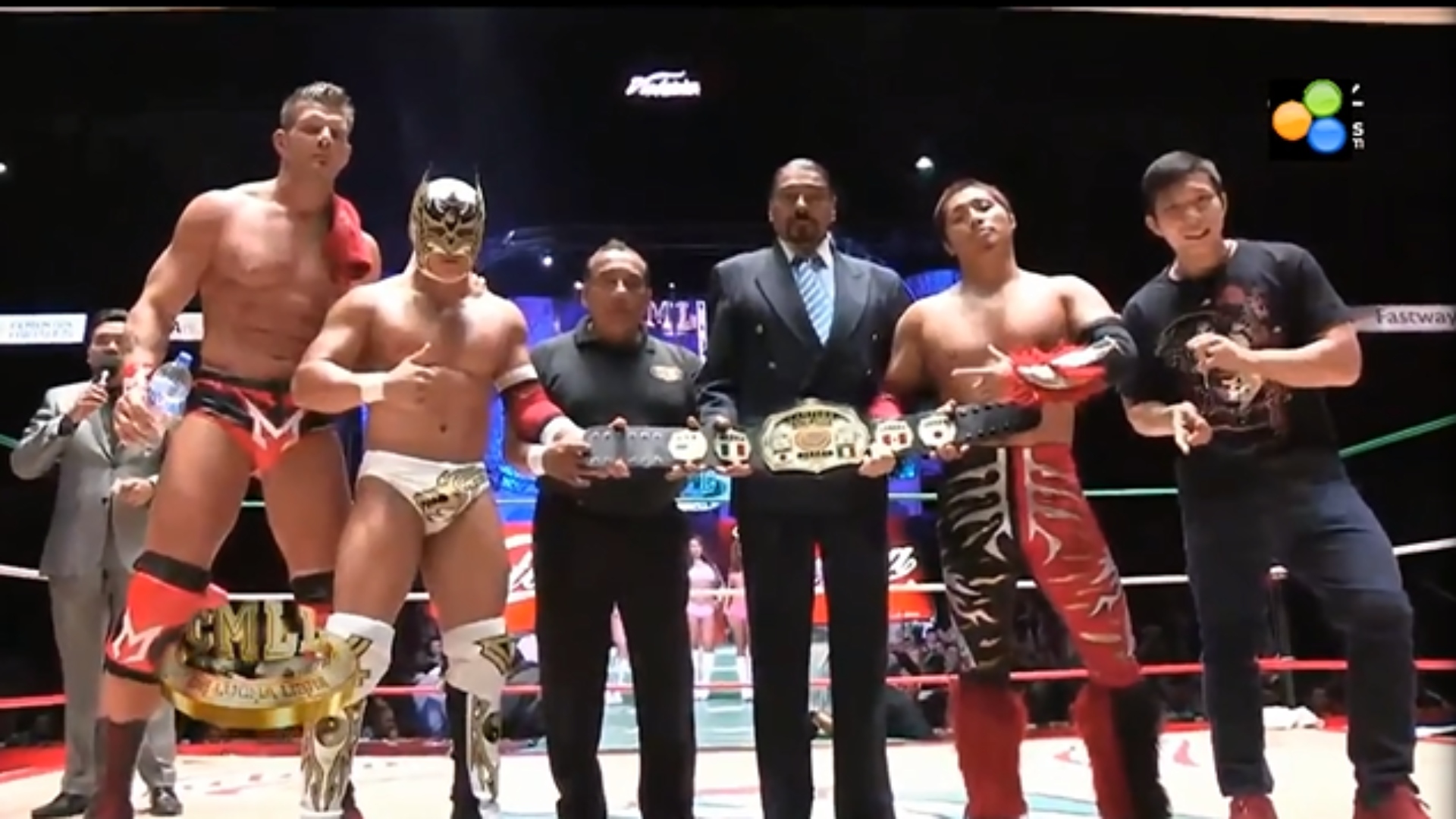 The rivalry between Dragon Lee and Kamaitachi became a classic in the CMLL. (PHOTO: CMLL)
CMLL Video

On March 4, 2016, CMLL held a traditional Spectacular Friday Show at the Arena Mexico in Mexico City, in whose show the Legends of Lucha Libre superstar Dragon Lee won the CMLL World Super Lightweight Championship for second-time in his career after beating Kamaitachi (Hiromu Takahashi) in a Title Match.