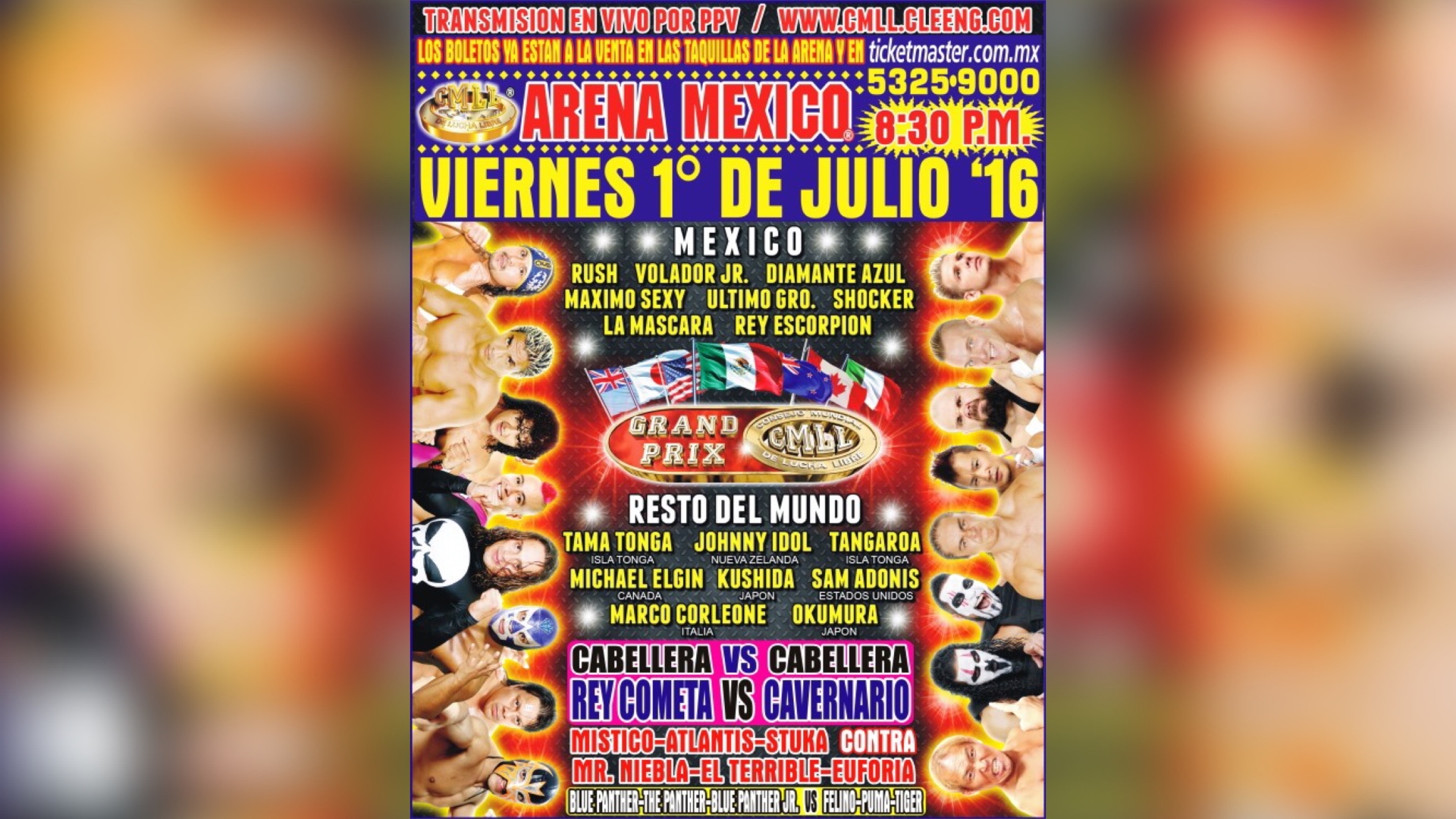 On July 1, 2016, CMLL held the 12th edition of the CMLL International Grand Prix Tournament at the Arena Mexico in Mexico City, in whose match Volador Jr. won the tournament for the first-time in his career after beating Tama Tonga.