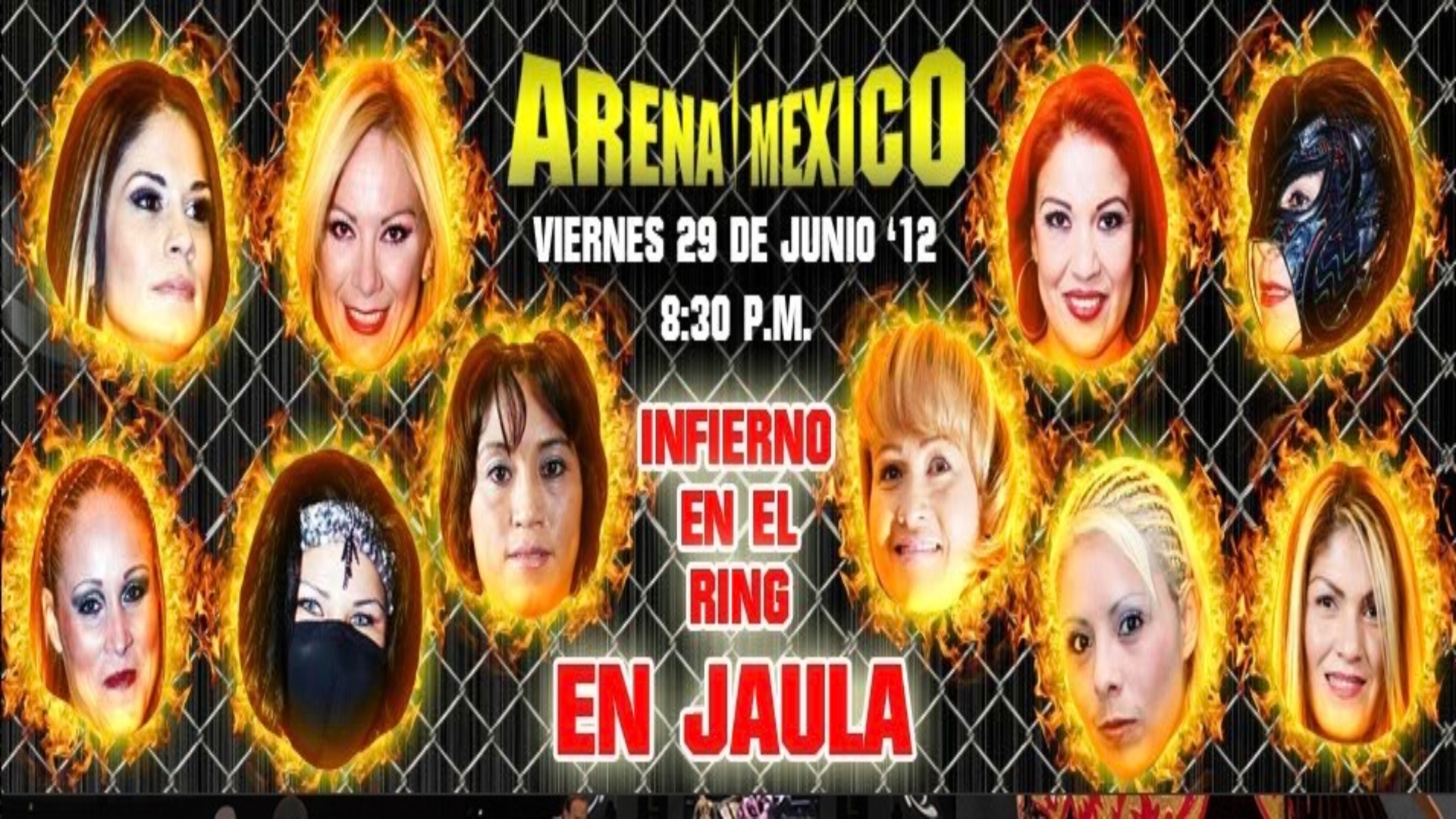 For the second time in history, luchadoras staged a main event match at the Arena Mexico. (PHOTO: CMLL)
CMLL Video

On June 29, CMLL held the Infierno en el Ring at Arena Mexico in Mexico City, in whose main event Princesa Blanca won the Goya Kong‘s mask in a 10-Woman Steel Cage Match. In this way we knowed the identity of Gloria Alvarado Nava, a member of the Alvarado Dynasty. It took 67 years for luchadoras to return to star in a main event match at the Arena Mexico.

Contenders: Marcela vs. Amapola vs. Dark Angel vs. Estrellita vs. Tiffany vs. Dalys vs. Lady Apache vs. Goya Kong vs. Princesa Blanca vs. La Seductora (10-Woman Steel Cage Match)