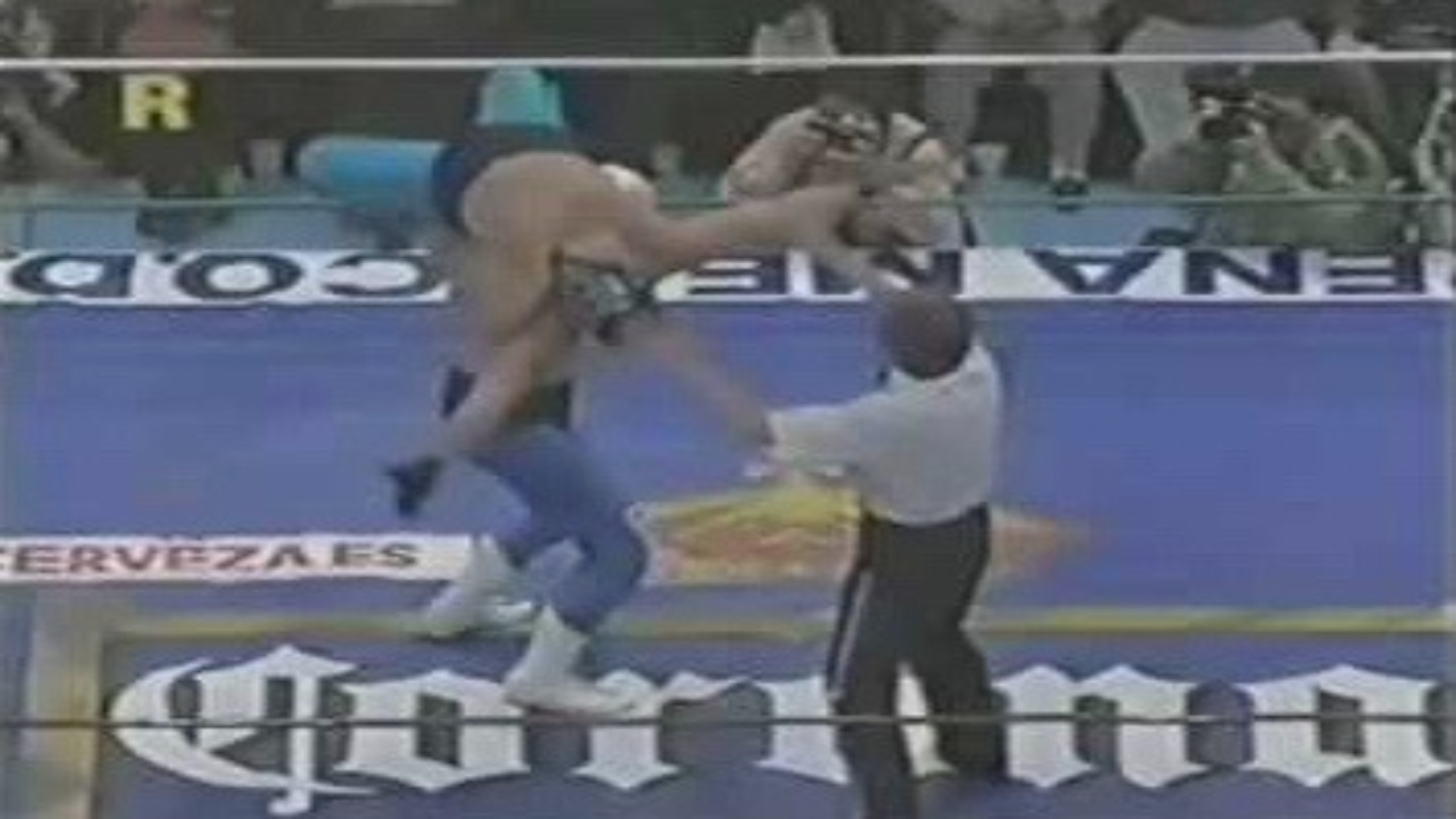 For the third time in his career, Atlantis starred in a CMLL Anniversary Show. (PHOTO: CMLL / Televisa)
CMLL Video

On October 1, 1993, CMLL held the 60th Anniversary Show at Arena Mexico in Mexico City, in whose Main Event, Atlantis won the Mano Negra‘s mask in a Mask vs. Mask Match. In this way, we knowed the identity of Jesus Reza Rosales.