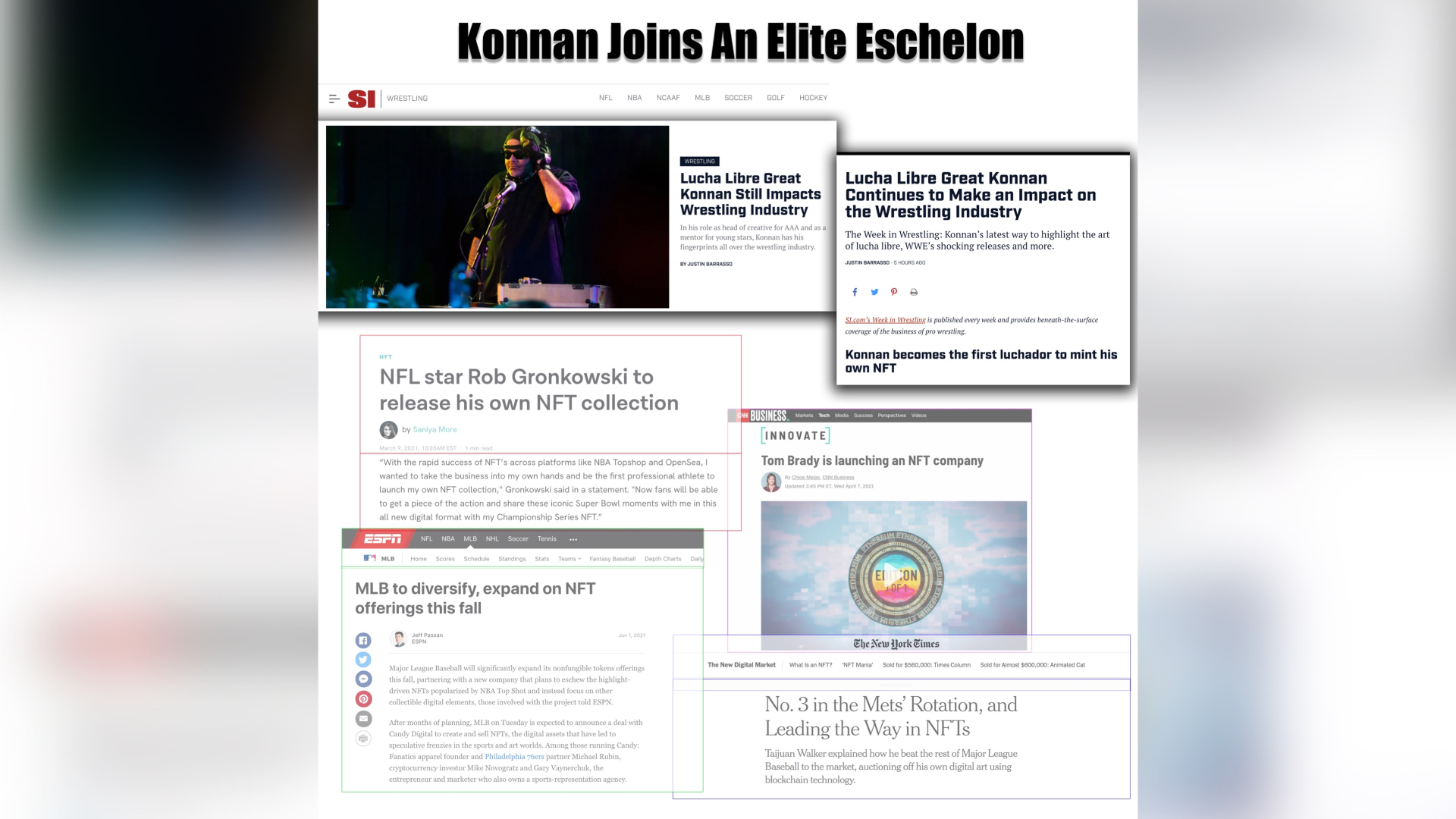 Lucha libre and collectibles have always gone hand in hand. From masks to magazines, action figures to autographs, fans young and old have long sought official items and images of their favorite stars. Now, as the collectibles world modernizes and NFTs take center stage, Masked Republic®, the only company in the world dedicated to the expansion of lucha libre beyond the borders of Mexico, is entering a new arena.

On Wednesday, June 2, the company and their Legends of Lucha Libre® represented icon of the sport, Konnan™, launched the first three “Konnan’s Signature Moments” NFTs on the Blockparty platform.  The occasion is historic not only for the nature of the moments.  In minting and selling his own moments, Konnan, whose career has not only seen him be the top lucha box office draw in Mexico for a period of the 1990s but also perform in WWF, ECW, WCW, Lucha Underground, IMPACT Wrestling and Major League Wrestling, becomes the first lucha libre and pro wrestling superstar to do so.

Credited industry wide for always being ahead of the curve in terms of identifying the next big lucha libre talent and ushering in the revolution in the style of pro wrestling fans enjoy today, it is only fitting that Konnan now be leading the digital revolution – and doing so in a manner that makes his moments accessible to the widest fanbase possible.

“I have been watching the explosion of NFTs over the last nine months and I really loved the idea of being able to share some of these classic video moments in lucha libre history with fans who wanted to collect them. But, I knew I needed to do them in the right manner, making them easy to get for those who wanted to start collecting them and at prices that were fan friendly”. Konnan said.

Ruben Zamora, Masked Republic founder and CEO added, “As we have been exploring how Masked Republic wanted to enter the NFT space and taking into consideration everything from accessibility to those who did not currently have cryptocurrency to minimizing environmental impact, the Blockparty platform became a great opportunity for our genesis launch. Enabling us to offer fan friendly pricing, accepting credit cards and their eco friendly approach, addressed all of our needs”.

Masked Republic’s deal with Blockparty is the first for the company brokered by FanGirl Consulting & Brand Management under an expanded relationship beyond their partnership on Expo Lucha® fan experience events and into consumer products.

Konnan’s Signature Moments 1-3 were launched on Wednesday. All three celebrate the 25th anniversary moments from 1996 which took place in Baja California, Mexico and featured: 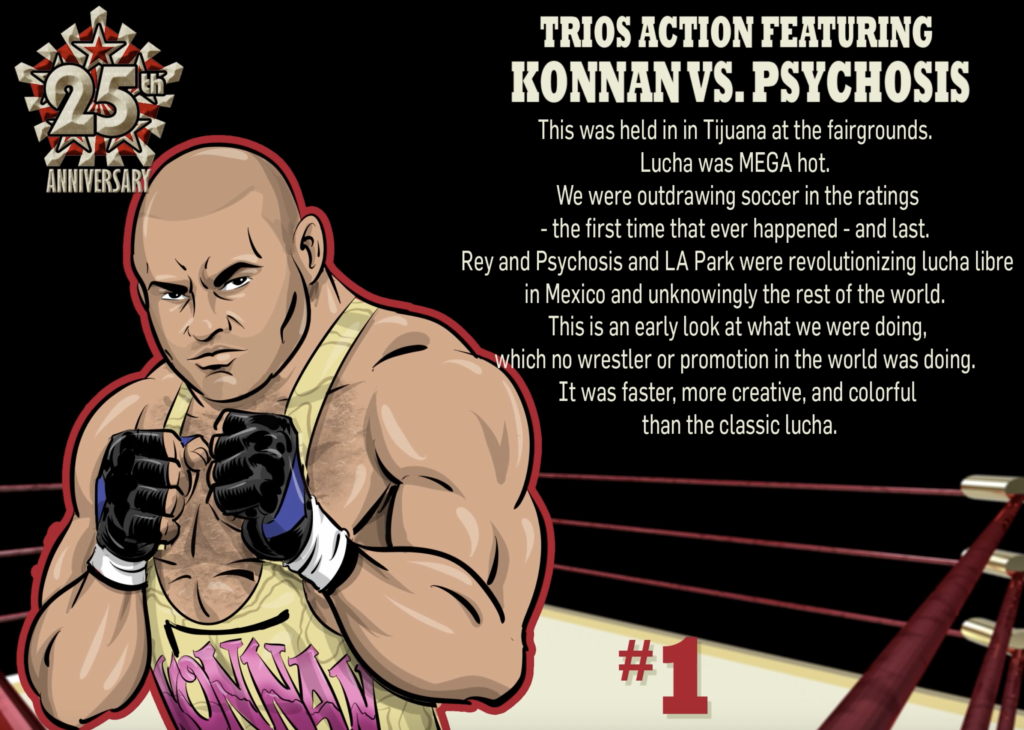 Moment 2 – Psychosis Vs. Ultraman 2000 – Lucha Extrema (with Rey Misterio Jr. and Konnan) from the match which lead to their historic Mask Vs. Mask match ending one of the hottest feuds in Tijuana lucha history. Edition of 20, $25 each. 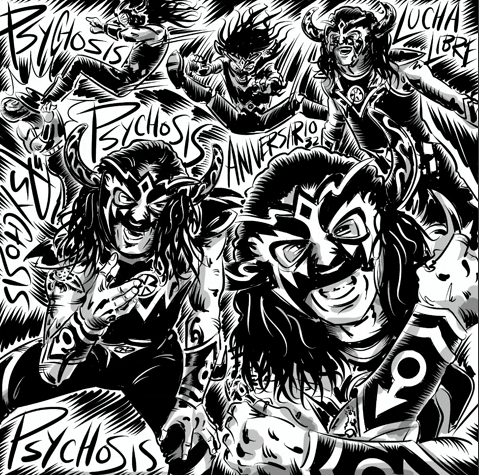 Moment 3 – Rey Misterio Jr. Vs. Juventud Guerrera – Before revolutionizing the game of pro wrestling internationally and winning multiple championships in WCW and WWE these two were tearing it up in a dusty bull ring in Ensenada. Edition of 10, $50 each. 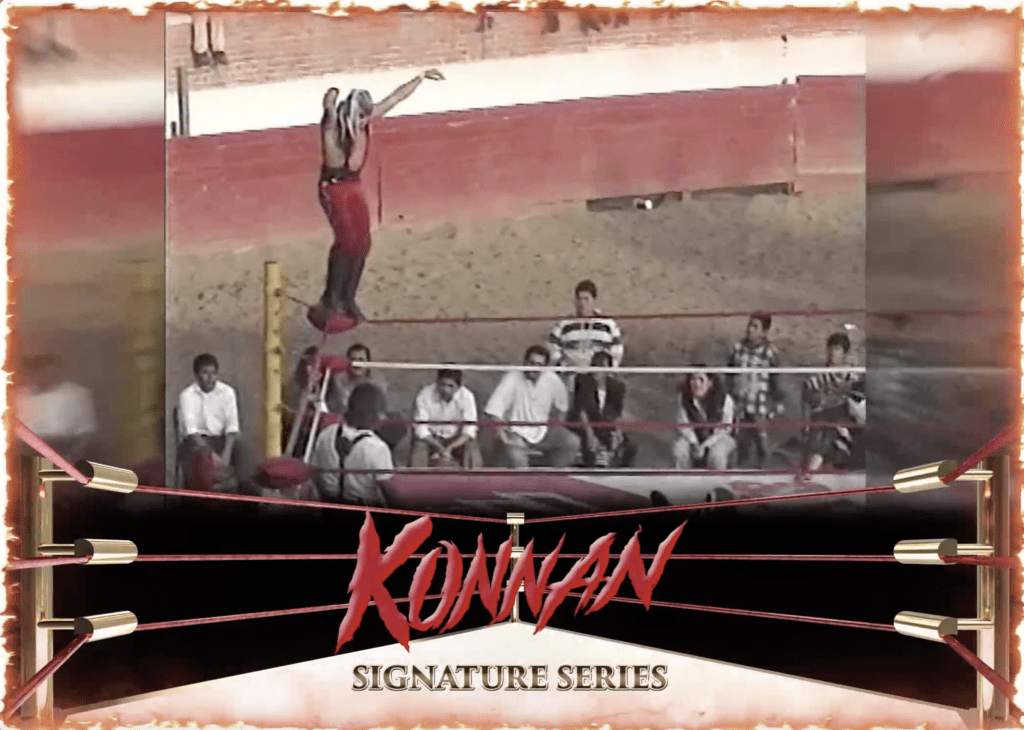 The can each be found in the Masked Republic shop on Blockparty.co.

“The NFT movement began as a way to democratize art and digital collectibles,” Masked Republic President & COO Kevin Kleinrock said. “While we have seen the market go crazy with particular pieces selling for $100,000s to millions, for both Masked Republic and our luchadores to get into the space, it was very important to keep that initial purpose in mind. That is why we are introducing both the Konnan Signature and our Artist Collaboration series at more traditional collectible prices, yet keeping the edition numbers low, giving the fans who can get these first drops the best of both worlds – low acquisition cost mixed with low quantities. This should give the moments the best chance to increase in value over time. Of course, all fans should keep in mind to only collect what they really want to own for themselves long term, and we know that of the millions of lucha libre fans across the planet, 60 will be lucky to own these rare moments”.

The Masked Republic Artist Collaboration series also launched yesterday with a first drop by artist Pete Bregman.  Known for pop culture content creation, including his Wrestlemojis/Luchamojis series, the first Pete Bregman x Masked Republic drop celebrates Psychosis’ 30 plus years as a groundbreaking luchador.  The star, who broke out of Mexico and into WCW and WWE after his 1995 matches ECW against Rey Misterio Jr. dropped jaws and ushered in a new era, will receive royalties from each sale as part of the officially licensed nature of the Artist Collaboration series.  Released at the lowest price which will ever be offered on the series, an edition of 20 ($10 each) features a time lapse video of Bregman’s process illustrating the work.